The Christian is both an optimist and a realist. We are optimistic because of God. God is greater than all our problems, all our calamities, all our trials, and all our opposition. With God we can overcome, we can have victory, we can see the enemy defeated.

But the Christian is also realistic because we know that we live in a fallen world, we are up to our ears in sin and death, the enemy is at work big time, many are falling away, and even those claiming to be fellow Christians will betray and desert us.

So the biblical Christian is a person of faith with great hopes and expectations, but he is also aware that until Christ comes again, everything done in this life will be partial, limited and far from perfect. Even with the risen Christ and the indwelling Spirit we only see partial and imperfect works in this life.

Thus some people get healed and some do not. Some battles are won and some are lost. Some souls are saved and some remain lost. Some enemy outposts are torn down while others continue to stand. Some places warmly receive the gospel and others fiercely resist it. 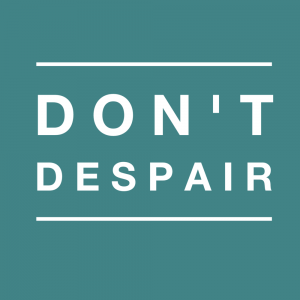 All this is what we call living between the ages. The old age of sin, destruction and death is still with us, but a new age has been inaugurated with Christ’s first coming. But that will not be fully realised until his second coming. So the Christian life now is a mixed bag, with some wins along the way and some loses.

The theological case for this concept of living between the ages I have made elsewhere, so for more on this have a look at this piece: billmuehlenberg.com/2008/01/28/living-between-the-ages/

I write all this because Australian Christians are right now caught up in a huge debate about a vitally important issue. Or at least they should be caught up in it. I refer to the ongoing war on God’s institutions of marriage and family. They have long been under attack and the latest on this is a postal vote on whether homosexual marriage should be legalised.

I have already penned pieces on the apostates, the men-pleasers, and cowards, and the progressive Christians who actually say it does not matter how this vote goes, or, worse yet, side with the ‘Yes’ case. I have zero time for these folks. They are traitors not to just marriage, but to God and his word as well.

See here for more on these reprobates: billmuehlenberg.com/2017/08/14/morally-derelict-christian-leaders/

But here I have another category of Christian in mind. I refer to those who are basically onside. They are pro-faith, pro-family, and pro-marriage, and do not want fake marriage legalised. However, I have seen a number of them now effectively putting up a white flag of surrender.

They seem convinced that we will lose this one, that the outcome is certain, and there may not be much we can do about it. They are pessimists who think the battle is lost already. While I feel their pain, and while I also know how tough a battle this is, I cannot share in their despair and defeatism.

I remind these believers that folks like the Christian abolitionist and politician William Wilberforce knew all about such words of despair. He was told over and over again, even by many claiming to be on his side, that the attempt to overturn slavery was just too difficult and just too unlikely to succeed.

They offered him a counsel of despair instead of much needed hope. And on a purely human level it certainly seemed like the critics were right. Humanly speaking it seemed an impossibility to overturn this great evil. It was too entrenched in the culture, with even many Christians a part of it.

The entire English economy depended on the slave trade, and there were far too many vested interests associated with it. Anyone seeking to take on this colossus of evil was almost doomed to failure. But Wilberforce and others like him had hope and faith – not in themselves but in God Almighty. Thus they persevered, year after year, putting up new bills in parliament, only to see them knocked back over and over again.

But their prayers, hard work, determination and persistence finally paid off. Today millions of blacks can thank God that Wilberforce did not listen to the nay-sayers, the doomsday prophets, and the pessimists. Had he done so we might still be battling slavery today.

So what about the postal vote? Does it look like the ‘No’ vote has a chance of winning? Once again, from a human point of view, no way. The odds are stacked against us. We seem to be fighting an uphill battle here. It does not look good at all.

From merely a natural as opposed to a supernatural point of view, this is what we are up against:

-the postal vote is not the ideal way to go about this
-the other side basically has all the money, all the resources, and the mainstream media, all the free airtime, and all the clout
-the chances of this vote being rigged are fairly good
-the other side has no problems at all in cheating, in lying, in playing dirty, in using every low down rotten trick in the book to win this vote. So it sure does not look good at all.

However there have been plenty of other very dark moments in human history when all seemed to be lost. As but one notable example, I penned a piece recently on the miracle of Dunkirk. By all accounts it should have been a bloody disaster, but it turned out to be a mighty deliverance, because God was at work big time. See here: billmuehlenberg.com/2017/08/03/prayer-nations-rees-howells-dunkirk/

And it will require every single person who names the name of Christ, or simply cares about marriage, family and our children to stand strong, to work as hard as they can, and to never give up. If you are a Christian, you need to be praying and fasting and spending time on your face before Almighty God like you have never done before.

I sure will keep praying and working. Will you? Let me finish with a few encouraging quotes:

“At least five times the Faith has to all appearances gone to the dogs. In each of these five cases, it was the dog that died.” G. K. Chesterton

“Unless God has raised you up for this very thing, you will be worn out by the opposition of men and devils. But if God is with you, who can be against you? Are all of them stronger than God? O be not weary of well doing! Go on, in the name of God in the power of His might.” Letter from John Wesley to William Wilberforce

“Let us rejoice that we see around us on every hand the decay of institutions and instruments of power…For it is precisely when every earthly hope has been explored and found wanting…that Christ’s hand reaches out sure and firm”. Malcolm Muggeridge

“Success is not final, failure is not fatal: it is the courage to continue that counts.” Winston Churchill

While I am not saying here we will win this battle (no one knows that for sure), I am saying we need to work, fight and pray like never before. We must do all we can and leave the results up to God. But we do not want to be responsible for sending others into despair, complacency and inactivity.

As we find in The Fellowship of the Ring:

‘I wish it need not happened in my time,’ said Frodo.
‘So do I,’ said Gandalf, ‘and so do all who live to see such times. But that is not for them to decide. All we have to decide is what to do with the time that is given us.’

And this very interesting news item has just appeared: “Betting markets are increasingly pointing to a shock ‘No’ result in Australia’s vote on same-sex marriage”.

29 Replies to “Say No To a Counsel of Despair”