If there ever was an issue that should separate the men from the boys, the wheat from the tares – spiritually speaking – it would be the current attack on marriage by the homosexual activists. If there ever was a time for Christian leaders to stand strong and issue a clarion call to the troops, this would be it.

Yet incredibly I have seen a number of Christians and so-called Christian leaders – even those claiming to be evangelical, Bible-believing Christians – trying to tell us that they will not tell anyone how they should vote on the homosexual marriage issue.

They claim that this is an issue where we can just all agree to disagree on, and that it is not their place as Christian leaders to say one way or another what the appropriate Christian response might be. So they will just straddle the fence on this one and not direct their flocks on this vital issue. 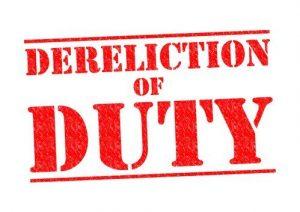 Say what? There is no right or wrong answer to this for the Christian? It is just one of those up in the air, do your own thing sort of issues? It is something all Christians can disagree on, and there is no biblical stance to be found here? Really?

But many of these same spineless wonders have penned lengthy pieces on the homosexual marriage issue and the postal vote. However it is mainly all waffle, bubble and froth. They foolishly run with all the sorts of things which we expect the homosexual militants and atheists to say.

Thus they ramble on and on about how you can’t impose Christian morality onto others; we live in a pluralistic society and we must just go with the flow; we must just be peacemakers; we want to make everyone feel welcome and inclusive; etc etc. Oh good grief!

Um, where have I heard all this nonsense before? Where else have we seen spiritual leaders go missing in action at crucial times? Oh yeah: back when the slavery debate was still raging in America and England especially, there were plenty of these so-called Christian leaders who thought they could just sit on the fence on this issue.

They refused to take a stand when it was so greatly needed, and they were derelict in their duty as shepherds of God’s flock to provide proper moral and spiritual guidance. “Oh, the people can decide. Who am I to impose my values on others? We can all just agree to disagree here – no biggee!”

While they should have been offering solid biblical leadership on the issue, they were far too often silent. And worse yet, they sometimes even supported the slavery cause, sometimes even owning slaves themselves. When society most desperately needed their clear trumpet sound, they were out of action, or simply all over the place.

The words of Paul found in 1 Corinthians 14:8 come to mind here: “If the trumpet does not sound a clear call, who will get ready for battle?” When the people of God need crystal clear leadership on the crucial social and moral issues of the day, where are the church leaders?

Why are so many silent, sitting on the fence, or sending out unclear calls? Shame on them. And of course we see the same thing happening on another vitally important moral issue of our time: abortion. One would have thought that every Christian leader in the West would be sending out clear and certain words about this great evil.

But so many say nothing, or equivocate on the issue, or even side with the baby killers. Shame again. These are not shepherds of the flock. They are hirelings. They are not true pastors and ministers of God, but false leaders and false prophets.

While these shepherds have a duty of care to their followers, what we see are blatant and ugly cases of the dereliction of duty. They have failed their sheep big time. More crucially, they have failed God big time. And they will one day answer to him.

Yep, sounds just like these craven, carnal, men-pleasing shepherds who will never rock the boat, who will never speak out on the things that matter, and who just think they can sit back and allow all this evil to engulf the land. They have a lot to answer for.

While the word ‘shepherd’ in the Old Testament can often speak to political leaders as well as religious leaders, let me concentrate on the latter here. Philip Graham Ryken, commenting on this passage, says this:

When the sheep are destroyed and scattered, the shepherds are to blame. A declining church is a sign of a declining ministry. How many ministers are personally unacquainted with the living Christ? How many do not have absolute confidence in the perfection of God’s Word? How many have compromised their teaching or their morals according to the spirit of the present age? In other words, how many shepherds “have scattered [God’s] flock and driven them away and not bestowed care on them” (v. 2a)? Sometimes shepherds behave more like wolves. “Why, pastor,” one might say, “what big teeth you have!” God loves the sheep of his pasture; so he keeps an eye on his shepherds. He holds pastors accountable for their shepherding. If they will not take care of God’s flock, God will take care of them.

These hirelings are in fact fleecing the flock of God, and they will one day give an account for their sin, compromise and abandonment of their own people. I would not want to be in their shoes on that day. In the meantime we must stand strong, even if we are but a remnant.

There is only one right answer here: we must resolutely oppose this full-scale assault on marriage as we stand up for God’s divinely ordained institutions of heterosexual marriage and family. If we fail to stand strong in this hour of great need, we are worse than useless and have forsaken our Lord.

I will not be among that crowd.