When societies crumble, when ideology replaces reality, and when social activism wars against standing verities, then the restatement of basic core truths and values becomes a prime moral duty. One basic and vital value is that of marriage, and since it is now being ferociously attacked, one needs to again reaffirm and restate just what marriage is.

Over the millennia there has been so much incisive and learned commentary on the institution of marriage, what it is, and why it is so invaluable, that it would be remiss of me to try to make my own case, when it already has been done so often and so eloquently.

So here I will just offer a small sampling of quotes by various experts in the field, and reaffirm the fundamental meaning of marriage, which is: a social institution to keep a man and woman together (husband and wife) and to keep the parents (father and mother) together with any children so conceived by their union. 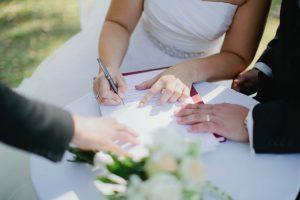 Let me reach back into time, then run with a number of contemporary authorities on marriage, including sociologists, anthropologists, political scientists and philosophers.

“There is nothing nobler or more admirable than when two people who see eye-to-eye keep house as man and wife, confounding their enemies and delighting their friends.” Homer

“Marriage is the first bond of society.” Cicero

“Man is by nature more inclined to live as a couple than to associate politically, since the family is something that precedes and is more necessary than the State.” Aristotle

“Marriage is defined as the civil status, condition or relation of one man and one woman united in law for life, for the discharge to each other and the community of the duties legally incumbent upon those whose association is founded on the distinction of sex.” Black’s Law Dictionary

“Men and women of full age, without limitation due to race, nationality or religion, have the right to marry and found a family.” The Universal Declaration of Human Rights, 1948

“The reason for much matrimony is patrimony.” Ogden Nash

“It is through children alone that sexual relations become of importance to society, and worthy to be taken cognizance of by a legal institution”. Bertrand Russell

“Marriage has been present in some form in every culture and as far back in the human record as it is possible to ascertain. Before the 21st century break with past ages and peoples, marriage was, in essence and by definition, a union between man and woman. As much or more than for the mutual benefit of husbands and wives, it was indivisibly allied to the bearing and rearing of children and therefore central to generational cohesion and continuity. Matrimony, literally ‘defence of the mother’, derives from the Latin words ‘matri’ (of the mother), and ‘munium’ (fortress or defence) and holds the biological parents responsible for each other and any offspring they engender. Without children, a society perishes.” Patricia Morgan

“No honest anthropologist can fail to acknowledge the functional importance of marriage. In all observed societies some form of marriage exists, as the means whereby the work of one generation is dedicated to the well-being of the next. Marriage does not merely protect and nurture children; it is a shield against sexual jealousy and a unique form of social and economic cooperation, with a mutually supportive division of roles that more than doubles the effectiveness of each partner in their shared bid for security. Marriage fulfills this complex function because it is something more than a contract of mutual cooperation, and something more than an agreement to live together. Hence marriage enjoys – or has until recently enjoyed – a distinct social aura. A wedding is a rite of passage, in which a couple pass from one social condition to another. The ceremony is not the concern of the couple only, but of the entire community that includes them. For this is the way that children are made – made, that is, as new members of society, who will, in their turn, take on the task of social reproduction. Society has a profound interest in marriage, and changes to that institution may alter not merely relations among the living, but also the expectations of those unborn and the legacy of those who predecease them.” Roger Scruton

“Marriage is based on the truth that men and women are complementary, the biological fact that reproduction depends on a man and a woman, and the reality that children need a mother and a father. Redefining marriage does not simply expand the existing understanding of marriage; it rejects these truths. Marriage is society’s least restrictive means of ensuring the well-being of children. By encouraging the norms of marriage—monogamy, sexual exclusivity, and permanence—the state strengthens civil society and reduces its own role. The future of this country depends on the future of marriage. The future of marriage depends on citizens understanding what it is and why it matters and demanding that government policies support, not undermine, true marriage.” Ryan Anderson

“Marriages have always been the main and most effective means of rearing healthy, happy, and well-integrated children. The health and order of society depend on the rearing of healthy, happy, and well-integrated children. That is why law, though it may take no notice of ordinary relationships, should recognize and support marriage. There can thus be no right for nonmarital relationships to be recognized as marriages.” Sherif Girgis, Ryan Anderson and Robert George

“Among its many functions and dimensions, the procreation and education of children give marriage as an institution much of its special character.” Don Browning

“Marriage provides the right to marry and found a family. Homosexual marriage unlinks marriage from biology and denies children the right to both a mother and a father”. Margaret Somerville

“Throughout human history societies have created many laws, customs, and institutions that have influenced the institution of marriage and the family, in ways planned and unplanned; but the overall social aim has always been to secure a safe place to rear children and establish an institution that helps to ‘moralize’ – without necessarily being moralistic – human sexual behavior.” Jean Bethke Elshtain

“Marriage is a relationship within which a group socially approves and encourages sexual intercourse and the birth of children.” Suzanne Frayser

“This universal definition of marriage as the union of a man and a woman is no historical coincidence. Marriage did not come about as a result of a political movement, discovery, disease, war, religious doctrine, or any other moving force of world history—and certainly not as a result of a prehistoric decision to exclude gays and lesbians. It arose in the nature of things to meet a vital need: ensuring that children are conceived by a mother and father committed to raising them in the stable conditions of a lifelong relationship.” Chief Justice John Roberts

“For many centuries and across human cultures, virtually all scholars, jurists, and other commentators on marriage have emphasized that marriage as a human institution is deeply connected to bearing and raising children. Surveying the cross-cultural evidence, the anthropologist Helen Fisher sums it up simply: ‘People wed primarily to reproduce’.” David Blankenhorn

“In all or nearly all human societies, marriage is socially approved sexual intercourse between a woman and a man, conceived both as a personal relationship and as an institution, primarily such that any children resulting from the union are – and are understood by society to be – emotionally, morally, practically, and legally affiliated with both of the parents.” David Blankenhorn

“Marriage does many fine things for human beings, but this one is probably the finest: It gives me as a child the mother and the father who made me.” David Blankenhorn

“But the purpose of marriage, however it was defined, has always been to make the family secure, not to redefine what constitutes a family. The family is a more fundamental social reality than a marriage, and so pretending that anything we call a marriage can create a family is misleading. In every community and for as far back in time as we can probe, the family exists and children are expected, without exception, to be raised in one. By family, I mean a lasting, socially enforced obligation between a man and a woman that authorizes sexual congress and the supervision of children. Its style and habits will vary greatly, of course, but nowhere do we find a place where children are regularly raised by a mother who has no claims on the father. A marriage is a ceremony that makes, or at least symbolizes, the legitimacy of the family.” James Q. Wilson

“Marriage is a socially arranged solution for the problem of getting people to stay together and care for children that the mere desire for children, and the sex that makes children possible, does not solve.” James Q. Wilson

“In virtually every society, the family is defined by marriage; that is, by a publicly announced contract that makes legitimate the sexual union of a man and a woman. Even in societies where men and women have relatively unrestricted sexual access to one another beginning at an early age, marriage is still the basis for family formation. It is desired by the partners and expected by society. Marriage, in short, is not simply a way of legitimizing sex, and so it cannot be dispensed with just because sexual activity need not be made legitimate. Marriage exists because people must take responsibilities for child care and assume economic obligations. Marriage, and thus the family that it defines, is a commitment.” James Q. Wilson

I repeat: the primary purpose and function of heterosexual marriage has always been to cement a man and a woman together as husband and wife, and to cement them to any children so conceived by their union as mother and father.

9 Replies to “What Is Marriage?”