You might be asking, “Do I go where?” OK, let me explain. We all know about Judas, right? He of course is the guy that betrayed Jesus. He turned on him, betrayed him, and sold him down the river. His name is now immortalised in history.

But sadly betraying Jesus has not stopped there. Indeed, it has been going on for two millennia now. The ones doing it may not be called Judas, but they are acting just like him, and have the same treasonous spirit. They too are renouncing their Lord, and they too are betraying the one they claim to love.

And here I am speaking about those who say they are Christians. That non-Christians would turn on Christ and abuse and misuse him is to be expected. What we don’t expect is when people filling our pews each week do it. Of course the rot often starts at the top, so I am especially focussing on church leaders here. 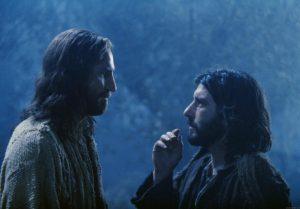 There are plenty of Christian pastors, teachers, and leaders who effectively are running a Judas church. They have denied their Lord in various ways, yet still keep their doors wide open, fleecing the flock and pushing their heresies and apostasies.

Let me first offer a few broad-brush indicators of what a Judas church looks like, and then point to a few specific examples of this. Here are some of the ways you can tell if the church you attend is betraying the Lord, and that it is high time for you to leave and find a proper, Christ-honouring and Word-affirming church:

-If your church does not clearly proclaim the gospel of Jesus Christ – his life, death resurrection – and the need to turn from sin in repentance, you might be going to a Judas church.

-If your church is at the forefront of pushing radical secular left agendas like homosexual marriage and abortion on demand, you might be going to a Judas church.

-If your church refuses to stand up for the crucial issues of the day, be it the slaughter of the unborn or the war on marriage and family, you might be going to a Judas church.

-If your church is all about entertainment, rock concerts, smoke machines, strobe lights and a celebrity culture, you might be going to a Judas church.

-If your church has controlling and domineering leadership which keeps the flock in fear and bondage, you might be going to a Judas church.

There would be plenty more such indicators, but these few offer some ideas as to what a dangerous or compromising or cultic church might look like. But we have plenty of specific examples of this very thing. So let me examine two of them.

The first one provides a clear cut case of not only a Judas leader and a Judas church, but an entire Judas denomination. Let me offer the opening paragraphs of one report on this shocking story:

United Methodist Church bishop Dr. Karen Oliveto is not only a lesbian, she also believes (and publicly teaches) that Jesus was a bigot filled with prejudices. She does say that Jesus grew and changed, and that’s her point. Bishop Oliveto admonishes, “If Jesus can change, if he can give up his bigotries and prejudices, if he can realize that he had made his life too small, and if, in this realization, he grew closer to others and closer to God, than so can we.”
The United Methodist Church has been on the descent into apostasy for years now. While the denomination is currently in the midst of their 75 weeks of praying about accepting homosexuality, they have long allowed pastors of their churches to go against their current beliefs on the matter. In 2005, Karen Oliveto, a non-celibate lesbian, officiated several same-sex marriages that were held in the United Methodist church she pastored.
Oliveto’s teachings cover the range of normal progressive “Christian” beliefs — the denial of the exclusivity of the Christian faith and the denial of the authority of the Bible, to name two. However, it’s her direct attack on certain Bible passages and Biblical figures that has caused some within the UMC to be concerned.
Writing for Juicy Ecumenism, John Lomperis warns about a sermon that Oliveto preached in 2005. “In her sermon during the closing worship, she criticized St. Paul for casting a demon out of the slave girl in Acts 16:16-18,” he wrote. “Oliveto encouraged her audience to question the traditional interpretation that this exorcism was ‘an act of liberation’ for the girl. Negatively comparing Paul’s response to the slave girl to his subsequent saving of the jailer, Oliveto asserted that Paul was not motivated by compassion for the slave girl and noted that the text does not say that she found salvation.”

Wow. Leaving aside the question of the propriety of women in church leadership positions for the time being (that debate can be had elsewhere), we should have red flags flying all over the place simply because she is a practicing lesbian who claims to be a Christian.

Um, the apostle Paul (who this Miss Judas claims was wrong about other things) was evidently also wrong when he told us that no practicing homosexual would enter the kingdom of heaven. She obviously has long ago jettisoned the Word of God, but the rest of you can read it for yourselves: 1 Corinthians 6:9-11.

If all that is not bad enough then she has the audacity to call Jesus a bigot! Jesus of course is God, so here we have a fallen, finite and very sinful human making accusations against the God of the universe. Wow, I sure would not want to be that woman when she stands before her Creator and Judge one day. She needs to repent.

Back here in Australia one could find many examples of the Judas church in action, but let me offer one obvious case in point. Sadly we have in NSW an Anglican priest who is notorious for selling out Jesus and the Bible. Indeed, he is a serial offender in this regard.

I refer of course to Father Rod Bower. He has been such a long-standing apostate and a wolf in sheep’s clothing that I have written a number of articles about the guy. Here is just one of them: billmuehlenberg.com/2016/07/02/mindboggling-gosford-lunacy/

He of course pushes every lefty trendy cause out there. He is pro-homosexual, pro-homosexual marriage, pro-Islam, and so on. He is infamous for using his church billboard to spruik all the radical activists causes out there. One of his most recent messages even made national headlines. The story begins:

Outspoken Anglican priest Rod Bower has courted controversy by labelling Immigration Minister Peter Dutton a “Sodomite” in a social media post that has attracted thousands of shares and divided the religious community.
Father Bower, the controversial rector at the Anglican parish of Gosford who is famed for his roadside billboards, posted a photo on Facebook late on Thursday of a billboard bearing the words “Dutton is a Sodomite”.
The sign appears to be located on a roadside but Fr Bower said it was made “only for social media”. It is accompanied by a lengthy post in which he explains a sodomite is “someone who has no compassion, no capacity to love the stranger, the persecuted, the outcast or the homeless”.
Fr Bower published the post after Mr Dutton provoked a backlash by suggesting the first refugees to leave Manus Island for America under an Australia-US resettlement deal were “economic refugees” carrying luxury goods from Armani.
“The sin of Sodom is greatly misunderstood by those who usually choose to do so, it has nothing to do with homosexuality, it is all about hospitality, or more to the point lack thereof, and particularly about the condition of the heart that leads to inhospitable behaviour,” Fr Bower said in the post.

Oh good grief. How many times have we heard the theological revisionists pushing this utter nonsense about Sodom? It has been refuted hundreds of times, including by me: billmuehlenberg.com/2017/08/16/the-sin-of-sodom/

But Father Bower is so far down the tubes of heresy and apostasy that we expect nothing less from him. The only thing that is surprising is that he still has any parishioners left. Why in the world would anyone who claims to follow Christ go to this Judas church?

They must be just as deceived as he is. But for those who are totally lost down the road of theological deception and error, you have little choice but to flee. A few brave souls may feel led to stay and fight. If God is calling you specifically to do this, then go for it.

But I would say that in most cases people should simply run for their lives, and get out of such Judas churches as fast as they can. They will take you to the very pits of hell of course.