While it may come as a surprise to many, most of the great universities of the western world were originally founded by and/or for Christians. Theology was often a primary subject, and a combination of ‘pagan’ and Christian learning was involved in most of the early medieval universities. 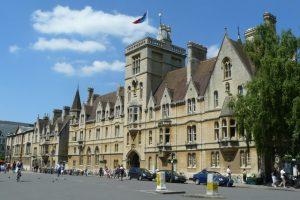 The early America universities were also by and large the product of Christianity. Consider Harvard’s original motto, Veritas Christo et Ecclesiae (Truth for Christ and for the Church) which was later changed to simply Veritas. It was founded in 1636 by the Puritans.

Today however most Western universities are hardly known as institutions of religious fervour or the Christian worldview. Indeed, they have become places hostile to Christian teaching and values, and are mainly hotbeds of secularism and leftism.

Let me offer just one very recent illustration of this. It concerns Oxford University, and one news report covers the shocking story this way:

An Oxford College has banned the Christian Union from its freshers’ fair on the grounds that it would be “alienating” for students of other religions, and constitute a “micro-aggression”. The organiser of Balliol’s fair argued Christianity’s historic use as “an excuse for homophobia and certain forms of neo-colonialism” meant that students might feel “unwelcome” in their new college if the Christian Union had a stall.
Freddy Potts, vice-president of Balliol’s Junior Common Room (JCR) committee, said that if a representative from the Christian Union (CU) attended the fair, it could cause “potential harm” to freshers. Mr Potts, writing on behalf of the JCR’s welfare committee, told the CU representative at Balliol, that their “sole concern is that the presence of the CU alone may alienate incoming students”.
In email correspondence, seen by The Daily Telegraph, he went on: “This sort of alienation or micro-aggression is regularly dismissed as not important enough to report, especially when there is little to no indication that other students or committee members may empathise, and inevitably leads to further harm of the already most vulnerable and marginalised groups.
“Historically, Christianity’s influence on many marginalised communities has been damaging in its methods of conversion and rules of practice, and is still used in many places as an excuse for homophobia and certain forms of neo-colonialism.” He said that barring the Christian Union from the fair “may be a way of helping to avoid making any students feel initially unwelcome within Balliol”.

Thankfully not everyone was happy with this draconian move:

The move sparked a backlash among students, with others within the College criticising it as a “violation of free speech”. The JCR passed a motion on Sunday evening condemning the JCR committees for “barring the participation of specific faith-based organizations”. The motion said the ban was a “violation of free speech, a violation of religious freedom, and sets dangerous precedents regarding the relationship between specific faiths and religious freedom”.
Dr Joanna Williams, a university lecturer and author of Academic Freedom in an Age of Conformity, said the decision to ban the Christian Union was “completely bizarre”. “It is intolerance being exercised in the name of inclusion,” she said. “They are saying: ‘Your religious society is not welcome here’. Essentially they are saying that the Christian Union is not allowed to recruit new members.”

Yes the mind boggles when one considers the Christian origins of the university, and the long line of Christian intellects who have been involved with Oxford. Consider just some of the many famous Christians who studied or taught at Oxford over the centuries. These include: John Wycliffe, William Tyndale, Erasmus, John Wesley, Hilaire Belloc, J. R. R. Tolkien, Dorothy L Sayers, C. S. Lewis, John Lennox, Alister McGrath, and N. T. Wright.

Remarkably, Wycliffe had gone to Balliol, as well as at least seven Archbishops of Canterbury. But today it seems to want to be known for its hostility to Christianity. As mentioned, this is true all throughout the West. Higher learning has become an atmosphere of anti-Christian bigotry and censorship. David Aikman, commenting on the situation in America has remarked:

It is a remarkable historical fact that America’s major universities went from being repositories of knowledge and teaching deeply imbued with the Christian worldview in the middle of the nineteenth century, with few exceptions, to uniformly anti-religious and specifically anti-Christian institutions by the end of the twentieth century.

Elsewhere I have described how the cultural Marxists have specifically targeted education – along with the media, the arts, the judiciary, and even the churches – to undermine the West from within. Thus what we now see happening in Western universities has not come about accidentally.

Malcolm Muggeridge once commented on this sorry state of affairs:

Whereas other civilisations have been brought down by attacks of barbarians from without, ours had the unique distinction of training its own destroyers at its own educational institutions, and then providing them with facilities for propagating their destructive ideology far and wide, all at the public expense.

How all this can be turned around is the stuff of another essay. Suffice it to say, when it comes to Christianity, education and the West, we have come a very long – and sad – way indeed.