Back in 1991 I wrote these words: “No matter how caring and loving, a surrogate care-giver can never replace a mother – or father – in providing security, love and a sense of self-worth to young children. Yet in a society which is becoming increasingly characterised by alienation, harshness and purposelessness, the love and wellbeing which only a mother and father can give is coming under increasing pressure.”

Even back then there was a wealth of social science research to back up such claims. And things have not changed over time. Indeed, the data continues to show what most of us know by commonsense: children do best when raised by their own mother and father. 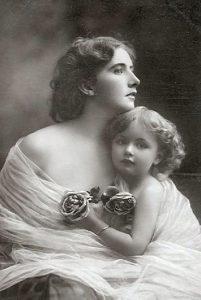 While children need both parents, at early ages the vital need to be looked after by mum is a key finding of the research. Extended periods in daycare for young children is harmful. That I was also documenting decades ago. And that case can still be made – and is being made, even today.

Consider two new articles which both speak to these truths. The first has to do with mother-absence as found in the UK. It is worth quoting at length from. It opens:

Sometimes in life you just have to smash the glass and pull the emergency brake, even if it means incurring the wrath of some of your fellow passengers. That is precisely what Esther Rantzen, founder of Childline, did the other day when she wrote an article outlining in stark terms the psychological repercussions on children of having both parents who work.
‘Time is the greatest gift we can give our own children, yet in Britain today it is the scarcest resource we have, especially for working parents,’ she said. ‘These days most parents work, often long hours,’ she continued. ‘I remember speaking to a teenage boy who was suffering very serious problems. I suggested to him his mother would want to know.
‘He replied: “When she gets home from work she’s so tired she can’t talk to me.” I asked if the weekends might give them the chance to talk. “She works in a shop,” he told me. “She never has a day off.”’ I don’t imagine Rantzen’s comments will have won her many fans among hardline feminists. But her concerns bear serious consideration. After all, her experience in the field of troubled children is unique.
Childline is 30 years old, the first initiative of its kind — a dedicated service for children where, free from adult influence, they can talk openly and honestly about their problems. It is perfectly placed to have an unbiased view of what troubles them and of the cause of those troubles.
Barely a week seems to go by without another report claiming rising levels of anxiety and depression among young people. And unlike when Childline began, these feelings are not so much triggered by abuse or neglect (although that still happens far too often) but rather a generalised sense of unease and worry.
So what’s causing this? According to the experts at Childline, there are a number of factors at play, not least the impact of the internet and social media on the developing mind.
But there is something else, too, a far less headline-grabbing but in many ways more complex problem: parental absence and, in particular, the absence of a mother figure. A loving, nurturing, caring person in their lives, someone to set boundaries, lend structure, provide support and encouragement — and create a calm, safe environment in which they can flourish.

This lengthy and important article is well worth reading, but let me offer its closing paragraphs:

In 2015, a study by Harvard Business School found that in two-parent families with reasonable incomes, children of working mothers were at a distinct disadvantage. It said: ‘Employment was associated with negative child outcomes when families were not at risk financially (i.e., when families were middle or upper-middle class).’ Young children need to play and explore in an environment where they feel safe, special and loved. For infants, this means with care-givers to whom they feel they belong. Quite simply, their mothers.
No one wants to return to the days when married women weren’t allowed to work. But between that and feminism’s utopian dream must lie a place where mothers can be mothers and children can be children without either losing out. Perhaps that starts with recognising the value of working for something more than the money and the glory: a happy, stable home where the next generation can grow and flourish. A novel concept indeed.

My second article had to do with a new book which also covers these themes and comes to the same conclusions. The article, “The Politicization of Motherhood,” begins this way:

Motherhood used to be as American as apple pie. Nowadays it can be as antagonistic as American politics. Ask Erica Komisar. Ms. Komisar, 53, is a Jewish psychoanalyst who lives and practices on the Upper West Side of Manhattan. If that biographical thumbnail leads you to stereotype her as a political liberal, you’re right. But she tells me she has become “a bit of a pariah” on the left because of the book she published this year, “Being There: Why Prioritizing Motherhood in the First Three Years Matters.”
Christian radio stations “interviewed me and loved me,” she says. She went on “Fox & Friends,” and “the host was like, your book is the best thing since the invention of the refrigerator.” But “I couldn’t get on NPR,” and “I was rejected wholesale—particularly in New York—by the liberal press.” She did appear on ABC’s “Good Morning America,” but seconds before the camera went live, she says, the interviewer told her: “I don’t believe in the premise of your book at all. I don’t like your book.”
The premise of Ms. Komisar’s book—backed by research in psychology, neuroscience and epigenetics—is that “mothers are biologically necessary for babies,” and not only for the obvious reasons of pregnancy and birth. “Babies are much more neurologically fragile than we’ve ever understood,” Ms. Komisar says. She cites the view of one neuroscientist, Nim Tottenham of Columbia University, “that babies are born without a central nervous system” and “mothers are the central nervous system to babies,” especially for the first nine months after birth.
What does that mean? “Every time a mother comforts a baby in distress, she’s actually regulating that baby’s emotions from the outside in. After three years, the baby internalizes that ability to regulate their emotions, but not until then.” For that reason, mothers “need to be there as much as possible, both physically and emotionally, for children in the first 1,000 days.”

Ms. Komisar’s interest in early childhood development grew out of her three decades’ experience treating families, first as a clinical social worker and later as an analyst. “What I was seeing was an increase in children being diagnosed with ADHD and an increase in aggression in children, particularly in little boys, and an increase in depression in little girls.” More youngsters were also being diagnosed with “social disorders” whose symptoms resembled those of autism—“having difficulty relating to other children, having difficulty with empathy.”
As Ms. Komisar “started to put the pieces together,” she found that “the absence of mothers in children’s lives on a daily basis was what I saw to be one of the triggers for these mental disorders.” She began to devour the scientific literature and found that it reinforced her intuition. Her interest became a preoccupation: “My husband would say I was a one-note Charlie,” she recalls. “I would come home and I would rant and I would say, ‘Oh my God, I’m seeing these things. I’ve got to write a book about it.’”
That was 12 years ago. She followed her own advice and held off working on the book because her own young children, two sons and a daughter, still needed her to be “emotionally and physically present.” She uses that experience as a rejoinder to critics who accuse her of trying to limit women’s choices. “You can do everything in life,” she says, “but you can’t do it all at the same time.”

While not all of her proposals will appeal to many profamily folks (more paid maternity leave, etc.), she is at least raising issues that the Left refuses to discuss. And if they do discuss it, it is only to demonise those who dare to stand up for motherhood and child-rearing.

My 1991 article (which was a review of an important book by Brenda Hunter), concluded this way, and will suffice for this article’s conclusion as well:

“Never before in American [or Australian] history have so many children been raised by strangers”. It is this trend against the family, and the harmful effects produced by it, which Hunter targets in this book. To win the battle for the family, we need to recognise that we have been sold a bill of goods – a false vision of what family life is and can be. Women can have it all, says Hunter, “but not all at once”. Women who defer careers to give young children the nurture and support they need will live to rejoice over their decision – and with their children and grandchildren as well.

9 Replies to “Yes, Children Need Their Mother and Father”