When I speak of Christians being illiterate, I have far more in mind than just the inability of some to properly read and write – in that they are simply the product of the modern Western education. But I am speaking here of a wider sort of illiteracy, one that is as regrettable as it is widespread.

That is why the church keeps losing. A people divorced from their own heritage and their own belief system will not long stand. Indeed, they will be blown about by every wind of doctrine, by every cultural breeze, and by every latest trend, to paraphrase the Apostle Paul. 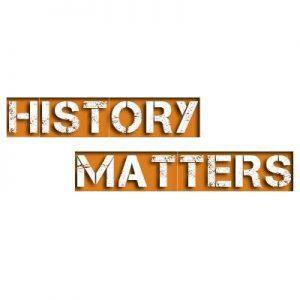 To make this case is easy enough – in fact, I have often been making it. But today serves as a good example of all this. Today happens to be exceedingly significant, historically speaking, yet many – perhaps most – believers would be clueless.

Sure, many would know about Halloween, and some would be gearing up for kids knocking at their door asking for treats. But how many know about two major anniversaries today? These are both highly important, but it seems most Christians know nothing about them.

The first took place exactly 500 years ago today. Hopefully if I mention the words “95 theses” at least some will have a vague recollection about something that happened long ago and far away. Yes, it was then that the Augustinian friar and theology lecturer posted his theses on the door of a church at Wittenberg.

While Martin Luther’s initial intention was not to make a break with Catholicism, that was the eventual outcome. Whether you see this as a good thing or bad thing will of course depend on where your ecclesiastical loyalties lie with. But there is no question that this event, along with that of the other reformers at the time, changed the course not only of church history, but of world history.

Those wanting to take this further would of course have plenty of resources to turn to. Here is just one such recent resource I put together on this momentous event: billmuehlenberg.com/2017/02/11/reformation-500-years-reading-guide/

The second significant milestone being celebrated today has to do with something that took place on a battlefield in Ottoman Syria in 1917. The Battle for Beersheba was a turning point again in world history – certainly in WWI. It had to do with such monumental issues as the halt of the Turks (and therefore Islam), and the eventual birth of the nation of Israel – no small achievements.

It was a decisive period indeed. After Beersheba was taken, Gaza was soon captured as well, the Balfour Declaration was signed, and British troops entered into Jerusalem in early December – and the rest as they say is history. These certainly were some momentous events.

Again, it is not my purpose here to recount all this in great detail. The broad outlines of this I have provided elsewhere. The Battle at Gallipoli is part of this rich heritage, and we celebrate it annually. See here for much more on all this: billmuehlenberg.com/2011/04/25/anzac-day/

The value of history

Since I am highlighting the dangers of historical illiteracy here, let me conclude with a few quotes from some leading thinkers over the years who have reminded us of the value of history, and the great dangers of neglecting it. Hopefully many of you recall the famous 1905 line by the Spanish philosopher George Santayana: “Those who cannot remember the past are condemned to repeat it.”

Most of all, perhaps, we need intimate knowledge of the past. Not that the past has any magic about it, but because we cannot study the future, and yet need something to set against the present, to remind us that the basic assumptions have been quite different in different periods and that much which seems certain to the uneducated is merely temporary fashion. A man who has lived in many places is not likely to be deceived by the local errors of his native village; the scholar has lived in many times and is therefore in some degree immune from the great cataract of nonsense that pours from the press and the microphone of his own age.

Earlier G. K. Chesterton had put it this way:

The disadvantage of men not knowing the past is that they do not know the present. History is a hill or high point of vantage, from which alone men see the town in which they live or the age in which they are living. Without some such contrast or comparison, without some such shifting of the point of view, we should see nothing whatever of our own social surroundings. We should take them for granted, as the only possible social surroundings. We should be as unconscious of them as we are, for the most part, of the hair growing on our heads or the air passing through our lungs. It is the variety of the human story that brings out sharply the last turn that the road has taken, and it is the view under the arch of the gateway which tells us that we are entering a town. Yet this sense of the past is curiously patchy among the most intelligent and instructed people, especially in modern England.

Or as Winston Churchill once said, “The greatest advances in human civilization have come when we recovered what we had lost: when we learned the lessons of History.” Yes, exactly right.

And of course if we wish to preserve our freedoms, we especially need to know our history, since all totalitarian regimes thrive on our historical amnesia. Indeed, they gain and keep power by rewriting the history books to suit their own needs. A few more quotes here are worth running with.

And again: “Every record has been destroyed or falsified, every book has been rewritten, every picture has been repainted, every statue and street building has been renamed, every date has been altered. And that process is continuing day by day and minute by minute. History has stopped. Nothing exists except the endless present in which the party is always right.”

Theodore Dalrymple, in his 2005 volume Our Culture, What’s Left of It wrote this:

The object of such [revisionist] historiography is to disconnect everyone from a real sense of a living past and a living culture. Indeed, the underlying theme uniting the two great dystopias of the twentieth century [Huxley’s and Orwell’s] is the need to preserve a sense of history and cultural tradition if life is to be bearable….
In both dystopias (of Orwell and Huxley), people find themselves cut off from the past as a matter of deliberate policy. The revolution that brought about the Brave New World, says Mustapha Mond, was “accompanied by a campaign against the Past” – the closing of museums, the blowing up of historical monuments (as in the Taliban’s Afghanistan), the banning of old books. In 1984 “the past has been abolished.” “History has stopped. Nothing exists except an endless present in which the Party is always right.”
Such dystopian engineering is at work in my own country. By the deliberate decision of pedagogues, hundreds of thousands of children now leave school without knowing a single fact about their own country. The historical principles that museums have traditionally used to display art have given way to ahistorical thematic displays – portraits of women from a jumble of eras, say. A meaningless glass box now sits on a pediment in London’s Trafalgar Square as a “corrective” to the famous associations of that famous urban space. A population is being deliberately created with no sense of history.

Yes that is exactly the case – a population with little sense of its own history. If you don’t believe me, I offer this challenge for you: go out and ask any dozen random people why today is so important historically speaking, and see what responses you get.

I suspect very few will know anything about the importance of October 31, be they Berliners, Melbournians, Londoners or New Yorkers. I speak this to their shame.

13 Replies to “The Tragic Reality of Christian Illiteracy”