The trans militants, like all the other social revolutionaries, will claim they have the wellbeing of society and children at heart. But nothing could be further from the truth. If you want to destroy society and harm countless young people, simply foist upon them radical social agendas that have far-reaching consequences.

And the trans radicalism which has sprung out of nowhere over the past few years is as good as it gets in terms of overturning society and treating our children like political footballs. It is they that suffer the most with these adult ideologies of radical social change. 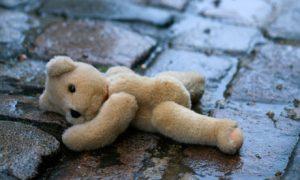 In fact, the coercive utopians have long known that targeting children is the way to go, and erecting barriers between parent and child is an ideal way to achieve these ends. We see this especially happening with the trans revolutionaries. They are telling kids to ignore their parents and pick their gender like they might pick their favourite flavour of ice cream.

Moreover, as a further way to do great damage to our children, push radical chemical and surgical “treatments” on them. And damage it certainly is. Consider a frightening article in today’s Australian about what the activists are doing to our children. It is a shocker:

Mastectomies will be recommended for the treatment of some transgender adolescents, alongside puberty blockers and hormone injections, according to new guidelines for managing gender dysphoria in young people. And children, from preschool age upwards, will be supported to explore their gender identity, provided with psychological care and helped to transition socially to their preferred gender, before being referred to an endocrinologist prior to hitting puberty.
The Royal Children’s Hospital in Melbourne, whose specialist gender clinic sees about 300 patients a year, released the nation’s first care and treatment guidelines for trans and gender diverse children and adolescents last month.
The aim is to foster a “unified approach” to trans medicine — an emerging area of medical practice — amid a rise in the number of young people seeking treatment for gender dysphoria.
According to the guidelines, written by the hospital’s head of adolescent health, Michelle Telfer, “being trans or gender diverse is now largely viewed as part of the natural spectrum of human diversity” and “increasing evidence demonstrates that with supportive gender-affirming care during childhood and adolescence, harms can be ameliorated and mental health … can be significantly improved”.

Now that my friends is a war on children. There is no other way to describe it. Thankfully some folks are concerned about all this. The article continues:

However, some clinicians have questioned the lack of evidence for some of the more invasive recommended treatments — some of which bring about effects that can be irreversible. While treatment throughout childhood largely involves supporting the patient and their family, treatment in adolescence can involve taking drugs to suppress puberty (known as stage 1 treatment) followed by gender-affirming hormone therapy, either testosterone or oestrogen (stage 2). Irreversible effects can include breast growth, hair loss, voice deepening and vaginal atrophy.
The first treatment stage typically requires parental consent, while stage two, also requires approval from the Family Court. The same applies when a minor wishes to have unwanted breast tissue removed via a mastectomy. The Family Court is understood to have approved at least five requests for such surgery over the past two years, including from a 15 year old. “Chest surgery … may be appropriate in the care of trans males, during adolescence,” the guidelines say.

Others have expressed their alarm at this assault on our children. Consider this from the US:

A nationally recognized pediatrician offered a jolting reality check about the dangers of encouraging children to think they are transgender and prescribing hormone blockers to prevent them from developing.
On October 11, the Heritage Foundation sponsored a forum on transgenderism at which Dr. Michelle Cretella said it is child abuse to facilitate gender confusion in children by helping them “transition” to the opposite sex.
“Chemical castration is what you’re doing when you put any biologically normal child on puberty blockers,” said Cretella, the president of the American College of Pediatricians. “It’s treating puberty like a disease, arresting a normal process which is critical to normal development.”
The doctor’s truth crusade did not stop there. “Sterilization is not good for kids,” she flatly stated. “Prepping them for what will likely result in a case in girls of a double mastectomy at 16 is not how you treat depression or anxiety.”
She added that she speaks from a great deal of personal experience in “treating teenagers with depression, anxiety, even suicidal depression.”

And at a recent public meeting on this issue she refuted the claim that some studies show that affirming a child’s gender confusion is good for them:

As to the studies, there are two that I am aware of that claim gender confusion is good for them.
Number one, it assumes that coaching a child into a fixed-false belief is mentally healthy.
Number two, those studies are extremely small.
Number three, those studies are very short term.
Number four, the control group of ‘mentally healthy children’ are the siblings, most of them are siblings of the trans-identifying child and not an objective control group.
Number five, the parents were the ones evaluating the mental health of the children.
I don’t think you need to have an M.D. or a Ph.D. to know that’s not science — that’s ideology masquerading as science.

Quite right. And as Scott Yenor reminds us, this is all about pitting child against parent:

Transgender rights activists are seeking to abridge parental rights by elevating the independent choices of young children. Respecting the sexual and gender “choices” of ever-younger children erodes parental rights and compromises the integrity of the family as an independent unit.
This can be seen in the Canadian province of Ontario, which passed a law allowing state agencies to prevent families that will not affirm a child’s chosen “gender identity” from adopting or providing foster care to children.
Children in Ontario can now make life-altering decisions before the age of consent against their parents’ wishes.
But the principle in Ontario’s law has an even wider reach.
The bill’s chief advocate thinks that it is “child abuse” to deny a child’s chosen gender identity. If this principle guides the law, Canada would come to deny what all political communities have traditionally acknowledged: that birth parents direct the education of their children.
This is already playing out in Norway, where a new law allows the state to decide about gender reassignment for children as young as 6 years old when both parents cannot agree on the child’s gender.
American states such as Minnesota are now promoting the transgender ideology in elementary schools against the wishes of parents. They have made “gender identity” toolkits available to kindergarten teachers, so that 5-year-olds can learn to explore their identities.

There are plenty of other reasons why we should be opposing the trans madness agenda. As Bruce Ashford writes in “The Ugly Truth About Sex Reassignment the Transgender Lobby Doesn’t Want You to Know”:

Sex reassignment is as natural as being born, some in the media tell us. And many Americans are buying it. But a growing chorus of dissenters made up of physicians, researchers, and even transgender individuals is beginning to paint a far different picture of the truth.
These dissenters are now coming forward to expose just how harmful gender transition and reassignment are—both medically and sociologically speaking. First, consider recent revelations about how problematic sex reassignment surgery is as a therapy for gender dysphoria.
In an interview with The Telegraph, world-renowned genital reconstructive surgeon Miroslav Djordjevic said his clinics are experiencing an increase in “reversal” surgeries for those who want their genitalia back. These people express crippling levels of depression and, in some instances, suicidal thoughts.

As always with these cases of nefarious social activism, there is money to be made. He continues:

Given that clinics charge up to $50,000 for reassignment surgeries, Djordjevic says he fears that doctors are stuffing their bank accounts without concern for the physical and psychological well-being of their patients.
Physical and psychological well-being should be a concern, given that 41 percent of transgender people will attempt suicide at some point in their lives, and people who have had sex reassignment surgery are approximately 20 times more likely than the general population to die by suicide.
In addition to the problems inherent to sex reassignment surgery, we should recognize the troublesome nature of giving hormonal “treatments” to gender dysphoric children to delay puberty. In a recent paper, “Growing Pains: Problems with Puberty Suppression in Treating Gender Dysphoria,” endocrinologist Paul Hruz, biostatistician Lawrence Mayer, and psychiatrist Paul McHugh challenge this practice.
They note that approximately 80 percent of gender dysphoric children grow comfortable in their bodies and no longer experience dysphoria, and conclude that there is “little evidence that puberty suppression is reversible, safe, or effective for treating gender dysphoria.” Thus, scientific evidence suggests that hormone-induced puberty suppression is harmful and even abusive.

Regardless of how politically incorrect the evidence may be, and even while we accommodate the privacy and safety concerns of those who identify as transgender, we must also draw a sober and honest conclusion about the human costs of sex reassignment.
The best medical science, social science, philosophy, and theology coalesce. As Heritage Foundation senior research fellow Ryan Anderson puts it, they reveal that sex is a biological reality, that gender is the social expression of that reality, and that sex reassignment surgeries and treatments are therefore not good remedies for the distress felt by people with gender dysphoria.
The most helpful therapies for gender dysphoria, therefore, will be ones that help people live in conformity with the biological truth about their bodies.

Exactly right. It is time to get back to reality, and say no to the moonbeam ideologues who are destroying our children and our future. In his 2016 book, The Snapping of the American Mind, David Kupelian rightly put it this way,

Is it not madness to think we can transform a man into a woman by surgically fiddling with his plumbing and feeding him hormones – when every single one of his body’s 37.2 trillion cells is permanently coded “male” with Y chromosomes? Paul R. McHugh, Johns Hopkins Hospital’s former top psychiatrist, affirms it simply is “biologically impossible” to change the sex you were born with, and that those who advocate “sexual reassignment surgery” are thus promoting mental illness.

Yep, if we care at all about our children we will shout out with a loud voice, “Enough is enough”. This war against our children must stop.