Thus some of you began reading Genesis on January 1. If so, you should be up to around Gen. 21 by now. As I mentioned in previous articles, if this is your first time ploughing through Genesis and the Old Testament, this can be a daunting task if you do so unaided. 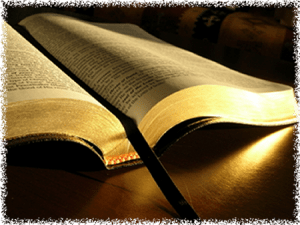 There is plenty of stuff there which may be hard to understand or may be perplexing and confusing. Thus in an earlier piece I suggested a number of helpful and practical Bible study tools to help you along the way, such as Bible dictionaries and commentaries. See here: billmuehlenberg.com/2018/01/02/basic-bible-study-tools/

In that piece I mentioned volumes which deal with Bible difficulties, alleged contradictions, problem passages and the like. These books cover the entire Bible and it is well worth having at least one such volume at your fingertips for when you get stuck on a particular passage. These are some good ones:

Since many of you are now in Genesis, let me offer here some helpful commentaries. There are different types of commentaries out there. The ones I feature here first are what are known as critical commentaries. That is, they are more than devotional in nature, but deal with all sorts of the issues: the original languages, history, culture, linguistic issues, theological issues, hermeneutical issues, and so on.

So they tend to be larger, longer commentaries, and are especially designed for pastors and students. They are more academic and scholarly, but they do provide a wealth of information, learning and insight. Some of the better commentaries on Genesis (mainly from a conservative and/or evangelical point of view, include these:

Of course there are all sorts of other specialty commentaries one can get. Gary North for example did a series of economic commentaries on the Bible, and has a volume on Genesis (Christian Liberty Press, 1987). There are various expository commentaries out on Genesis, including the three-volume set by James Montgomery Boice (Baker, 1982-1987) and R. Kent Hughes in the Preaching the Word series (Crossway, 2004).

And then we have plenty of devotional books on Genesis, too numerous to mention here. Other helpful works on Genesis from a more academic or theological angle include:

I do not expect readers to get all these volumes of course. But I would highly recommend that you all buy at least one good commentary on Genesis, and one good Bible difficulty book.