N. T. Wright is arguably one of the most important New Testament scholars of our day. Whether you agree with everything he writes or not, you cannot ignore him. Theology, biblical studies, New Testament studies, and Pauline studies are all being given new vigour, discussion and debate because of his many important works.

He has said many things which are contentious, and plenty of disagreements have arisen. A major area in which new ground is being broken is now referred to as the New Perspective on Paul. I will explain what this means in a moment, but it is wise to say that there are actually various new perspectives on Paul, not just one monolithic view. 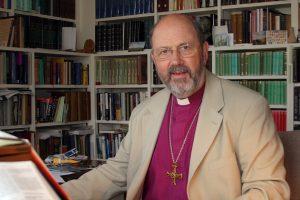 Before proceeding any further, let me make some necessary qualifications. I am not a New Testament scholar, I am not an authority on Paul and his theology, I have not mastered the Wright corpus, and I make no claim to being a great theologian.

However, I am greatly interested in all four areas, and my humble 6000-volume library has a very large number of works on these and related areas. The literature – pro and con – is now voluminous, and it is hard for most of us mere mortals to keep up with all of it.

One not only needs to read Wright and his massive contribution to the discussion – running into many thousands of pages now – but the others, such as Sanders, Dunn, etc. Then there are those interacting with Wright and the NPP. One very wise man nailed it when he said long ago: “Of making many books there is no end, and much study wearies the body.” (Ecclesiastes 12:12).

That’s for sure. But those who are pastors, or teachers or keen students need to keep a little bit abreast of all this, so here I am offering the briefest of introductory thoughts, as well as some recommended reading on all this. There is no question that discussions about Wright and the NPP often can generate more heat than light.

Indeed, the standing joke about this prolific author and his prodigious output goes like this: A student calls his office and his secretary says he is busy writing a book. The student says, “That’s OK, I’ll hold.” For what it is worth, I have around 50 of his 75 books (including his 18-volume popular level New Testament commentary series), but I have not read every word of course, and likely never will.

But I do seek to follow him a bit, and I pen this not as any sort of authority on him and his theological position, but to help direct others who may want to learn a bit more. Obviously the best way to do this is to simply read his stuff – and read a lot of it.

One tip might be of help here: his more academic, scholarly and hard-core works has N. T. Wright offered as the author. His more popular and easier to read books has Tom Wright as the author. So if you want to break into his works slowly and easily, start with the volumes with Tom as author!

As to the NPP, so much has been penned on it that it is almost suicidal to try to offer a brief overview of it here. But let me just mention of few of the issues that generate controversy. Wright thinks much of the church has got Paul wrong over the past 2000 years, and much of the Reformation has as well over the past 500 years.

Key aspects of Reformed thought, including justification in general and imputation in particular, are especially given a rather different spin by Wright. Many related issues arise, such as the nature of Israel and the people of God, the nature of the gospel, and our understanding of the exile theme, to name but a few.

Let me here offer just one brief assessment. It of course has its own biases, as its author, Ligon Duncan, is for the most part critical of the NPP. He does however offer a balanced and gracious assessment along the way (although Wright would likely beg to differ).

It is a lengthy piece, so here I will just provide one very small quote from it, as he seeks to answer the question, what is the “New Perspective” on Paul?

In a nutshell, the NPP suggests that:
1. the Judaism of Paul’s day was not a religion of self-righteousness that taught salvation by merit;
2. Paul’s argument with the Judaizers was not about a “works-righteousness” view of salvation, over against the Christian view of salvation by grace;
3. Instead, Paul’s concern was for the status of Gentiles in the church;
4. So justification is more about ecclesiology than soteriology, more about who is part of the covenant community and what are its boundary markers than about how a person stands before God.

Thus the NPP on Paul purports to help us
1. better understand Paul and the early church in their original context,
2. vindicate Paul and early Christianity from the charge of anti-Semitism;
3. clip the Gordian knot of theological impasse between Catholic and Protestant interpreters of Paul; and
4. articulate an understanding of justification that has inherent social dimensions and thus secure a better theological foundation for social justice and ecumenism among evangelical interpreters of the Scriptures; among other things.
www.ligonier.org/learn/articles/attractions-new-perspectives-paul/

The 8 points provided above are of course all rather inadequate, and a million more words would be useful here to better understand what the NPP is all about. But that leads me to a list of recommended books on all this. As I say, the printers are working overtime to keep up with all the new literature coming out on this.

There would be far too many articles to choose from here, so let me offer just some worthwhile books. This is certainly not an exhaustive list, but it may help those wishing to look into these matters further. I break it up into three main sections:

Overview, interaction, and both views

Helpful collections of essays (featuring pro and con views, and Wright himself) include:

Other authors could be mentioned here, and many other volumes by the above authors could be mentioned as well. Most of the ones featured here especially have to do with the Paul debate, and the justification debate. For those wanting a somewhat easier introduction to Wright and his thought, the two shorter volumes The Paul Debate and What Saint Paul Really Said may be worth starting with.

Critiques of the NPP

Simply listing these few volumes may get me into trouble with those in the know, since I have had to leave so many other volumes out. But I do think these are some of the better works on Wright and the NPP. They should keep anyone interested in this topic busy for a little while at least.

8 Replies to “Wright and the New Perspective”