The stories are as routine as they are shocking. Every day we read about victim’s rights being trashed as criminals get away with murder – sometimes quite literally. Lenient sentencing by liberal judges means we simply see crime escalating.

And all this is not happening by accident. Not just our judges, but most of our leaders and politicians have been brought up to believe there really is no such thing as evil and sin. Instead of thinking in terms of moral categories such as crime and punishment, they tend at best to speak in terms of sickness and cure. 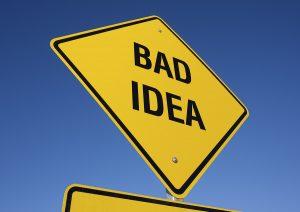 That is a great way to get away with any amount of evil and wickedness – simply deconstruct the categories of right and wrong. Simply argue that they are not relevant any longer and must be replaced with other categories. Replace notions of right and wrong with concepts like sickness, and you thereby nicely remove all angst about morality and personal responsibility.

And that in large measure seems to explain what we now see on a daily basis. The headlines say it all. Here are just two new ones:

-Teen thug released despite being on bail when sexually assaulting two women
“A teen thug on bail over a vicious street assault has been cut loose again, despite sexually assaulting two women in Melbourne’s CBD. Luka Luka, 18, was released on bail after he beat a young man for his phone in September. He was ordered to be on his best behaviour, but police are investigating him over a series of other crimes.”
www.heraldsun.com.au/news/law-order/teen-thug-released-despite-being-on-bail-when-sexually-assaulting-two-women/news-story/8539b38c3a45d71f0c9607841b604dbc?nk=4eb9eec5ef94761caf7b0f3843fb713f-1516234491

-Victorian youth court pushes softer sentences than across border
“Child offenders in Victoria were sentenced to less than half the time in custody of NSW offenders for a string of serious crimes, according to Australian Bureau of Statistics data that shows a pattern of soft sentencing in Victoria. In the wake of a string of offending by teenage crime gangs in Melbourne, the ABS Children’s Court sentencing data for 2015-16 — covering crimes including acts intended to cause injury, sexual assault, dangerous and negligent acts, robbery, break and enter and theft — shows Victorian youths consistently served less time in detention than young offenders across the border.”
www.theaustralian.com.au/business/legal-affairs/victorian-youth-court-pushes-softer-sentences-than-across-border/news-story/317b192d98c7304c057818512ab2f130?nk=4eb9eec5ef94761caf7b0f3843fb713f-1516232222

And it is not just in Australia we see this happening. All over the West we see bad ideas about right and wrong resulting in some real bad consequences. Consider this:

-Add “criminal” to the growing list of words banished from the English language
“In an article titled, ‘Stop labeling people who commit crimes “criminals”,’ Kimberley Brownlee, a philosopher at the University of Warwick, calls the word an ‘epithet’—more commonly used to describe a term conveying something disparaging rather than its alternative definition as merely a neutral tag—and compares it to politically-incorrect terms and phrases for people with disabilities. ‘By reducing people to their crimes, we see them as offenders and nothing else, and we force them to see themselves that way,’ she writes. ‘Consequently, we might set up the exact conditions for them to become the kind of person who offends’.”
www.breitbart.com/big-government/2017/11/10/academic-stop-calling-people-who-break-laws-criminals-a-term-of-prejudice/?utm_source=facebook&utm_medium=social

Yep, let’s just get rid of those old-fashioned concepts like crime, criminals and criminality. After all, we don’t want to make people feel bad about themselves now do we? So let’s just dispense with these silly notions of sin and evil. Good and bad are so yesterday. Right and wrong is just so archaic.

Who needs moral categories anyhow? Boundaries of any kind are just so restrictive and dehumanising. We need to move beyond these silly notions of telling people what they should and should not do. We are living in the 21st century are we not?

A piece which appeared a few weeks ago looks at all the recent cases of sexual harassment and assault from big cheeses like Weinstein. The author speaks of this being the new normal in a world without moral limits. As he says in a subtitle, “Take Away Boundaries, and People Go Nuts.”

It used to be true that pornography was indecent, lewd, wrong, and, well, pornographic. It used to be true that killing unborn children was just that: killing. It used to be true that foul language was foul. It used to be true that adultery was a bad thing and marriage was forever.
None of that is true in America anymore. In fact, nothing is true now (with the possible exception of climate change). All moral codes are simply outdated and “puritanical” backward thinking. We are progressing. The guardrails, traffic lights, and yellow lines have all been removed. How’s that working out?
The Left likes to pretend the root problem is an outdated, patriarchal view of the world. They are only half right on this. They are right that men are behaving badly. This is indeed a factual analysis, and no man deserves a pass. Not only that, the more who are called to account for their tawdry actions, the better.
But what the Left misses is the simple fact that once you remove all moral codes, men will in fact behave badly. Count on it. The theological explanation would be the doctrine of “original sin.” The modern explanation would be that “men are pigs.” These two doctrines are essentially the same, just differently described. (Yes, of course, women are plenty capable of bad behavior, too. It seems silly to have to say that, but whatever.)
Take any group of men on the planet and convince them that there are no sexual boundaries, and you will get America in 2017. Count on it. If you don’t believe this, you are hopeless, naïve, and cannot be helped. Am I acquitting men for their horrible actions? Not in the least. I’m just telling you the absolute truth. Any woman who doesn’t understand this needs to adjust her thinking right now. In a morality-free sexual world, women will be victimized.
thefederalist.com/2017/12/06/thank-separating-sex-morality-great-american-sexual-meltdown-2017/

In fact, we all lose in a morality-free world. And our intellectuals and elites have a lot to answer for here. As I have written elsewhere, so much of the despicable lenient sentencing we see today comes out of a faulty worldview in which right and wrong has been replaced with sickness and health.

Now we believe that when people do things that are not socially acceptable, it must be due to some illness. They are not morally responsible for crime and wrongdoing – they are simply ill and need treatment. Back in 1949 C. S. Lewis spoke about the dangers of this in his essay, “The Humanitarian Theory of Punishment”. As I wrote a decade ago:

The theory goes like this: all crime is really pathological, and treatment, not punishment, is what is required. Punishment is seen as barbaric and vindictive. After all, if someone is sick, we don’t punish them, we seek to treat them. The Humanitarian view rejects the notion of sin, of right and wrong, and instead sees crime in terms of maladaptive behaviour. Those holding to this view believe that this is the only humane and just way to approach criminal activity.

But Lewis reminds us that traditionally justice has always been about giving to each person his or her due. Justice is in large part about retribution. It is the old concept of reaping what you sow, in other words. But by separating consequences from actions, and punishments from crimes, we are actually doing the criminal greater harm. Says Lewis, “when we cease to consider what the criminal deserves and consider only what will cure him . . . , we have tacitly removed him from the sphere of justice altogether; instead of a person, a subject of rights, we now have a mere object, a patient, a ‘case’.”

He continues, “The Humanitarian theory removes from Punishment the concept of Desert. But the concept of Desert is the only connecting link between punishment and justice. . . . The Humanitarian theory, then, removes sentences from the hands of jurists whom the public conscience is entitled to criticize and places them in the hands of technical experts whose special sciences do not even employ such categories as rights or justice.” The motives of this new way of looking at crime and punishment may be kindly, but the results are devastating. Lewis concludes with these words:

“This is why I think it essential to oppose the Humanitarian theory of punishment, root and branch, wherever we encounter it. It carries on its front a semblance of mercy which is wholly false. That is how it can deceive men of good will. The error began, with Shelley’s statement that the distinction between mercy and justice was invented in the courts of tyrants. It sounds noble, and was indeed the error of a noble mind. But the distinction is essential. The older view was that mercy ‘tempered’ justice, or (on the highest level of all) that mercy and justice had met and kissed. The essential act of mercy was to pardon; and pardon in its very essence involves the recognition of guilt and ill-desert in the recipient. If crime is only a disease which needs cure, not sin which deserves punishment, it cannot be pardoned. How can you pardon a man for having a gumboil or a club foot? But the Humanitarian theory wants simply to abolish Justice and substitute Mercy for it. This means that you start being ‘kind’ to people before you have considered their rights, and then force upon them supposed kindnesses which no one but you will recognize as kindnesses and which the recipient will feel as abominable cruelties. You have overshot the mark. Mercy, detached from Justice, grows unmerciful.”

There is nothing merciful about whitewashing serious crime. It does the criminal no good, and it certainly does not do any good for the victim, or society at large. Lewis was quite right to warn about the damaging effects of sloppy views of crime and punishment. Today we are seeing the results of this lousy ideology being played out on a daily basis.

Unless we challenge the false ideology that lies behind all the wrist-slapping that we see our courts handing out to criminals, things will only get worse, not better. But hopefully common sense will prevail. It is already there in the general public. We just need to get the intelligentsia and ruling elites to follow suit.

11 Replies to “The Death of Right and Wrong: On Abandoning Moral Categories”