Anyone who has been involved in matters to do with family law, divorce proceedings, and the Family Law Court, knows how horrific things can be – especially for men. While women can at times be the losers here, overwhelmingly it is the dads who are left high and dry.

The countless horror stories of men who have lost everything, even the ability to see their own children, has resulted in mountains of grief and misery, and far too many suicides. It is a terrible situation which many others have carefully documented over the years. 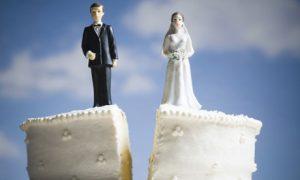 The cases of the system helping to destroy marriages and men are countless. Here I want to present a few more such horror stories. Let me start with several recent cases found in the news from Australia and overseas. The first item looks at the system more broadly:

It’s not only Centrelink that’s inefficient, incompetent, and hounding money from struggling Australians — the Department of Human Service’s child support wing (formerly called the Child Support Agency) is also under fire.
Systematic errors, corruption, and bullying tactics are putting lives at risk, most of them men, who are 90 per cent of the parents paying child support in this country….
A spokesman for growing movement, “Child Support Australia — Time for Reform and Fairness”, Keith Owen, tells News Corp that “as an accredited Men’s and Family Counsellor, I have personally known about some of the issues men face in the context of relationship separation and divorce for many years. “However, I was not prepared for the information I have recently gleaned through research our group has done with respect to how the (agency) does its business….
Many personal horror stories connected to the agency are restrained by the Family Law Act, which restricts publication of court proceedings. But there is enough information in the public domain to understand the scope of the problem.
“This is about tragic impact on human lives. We’ve done our own calculations,” Owen continues. “The actual suicides figures are shocking; around 28 each week. Clients of the (agency) are almost twice as likely to suicide than the national average.”
Owen says that fathers are being told that if they do not settle debts immediately, ex-partners will be advised to reduce visitation rights. “It’s outrageous, and for someone on the edge, this could tip them over.” A total of 23 per cent of our members said a threat was made if they said they wanted to make a complaint, 35 per cent said when they requested call recordings they were told they ‘weren’t available’.
In light of the recent furore over its own debt collection practices, Centrelink remained cagey about revealing specific number of false debt notices, telling the Senate inquiry it didn’t have the resources to work it out.
www.dailytelegraph.com.au/rendezview/child-support-stop-bullying-dads-its-not-fair/news-story/2d63bd089e6c20221151f37640d587b3

The second piece is about a poor Australian father who was falsely imprisoned:

A father who was wrongfully jailed after his estranged partner accused him of sexually abusing his own son has vowed to turn “his worst nightmare” into a greater good and help iron out faults in WA’s justice system. The father of one, who cannot be named for legal reasons, spent more than seven months in a WA jail for a child sex offence he was innocent of.
His lawyer said the case “demonstrated systemic failures at every level” and sparked an internal probe into the police investigation at the time.
The father, who is in his 40s, has spoken publicly about his ordeal to WAtoday for the first time, detailing his ongoing battle to obtain an ex-gratia payment over the botched police investigation and subsequent prosecution, which led to him being charged and jailed for three years. He said the horrendous ordeal fuelled his wish to spark positive changes in WA’s justice system.
www.watoday.com.au/wa-news/a-woman-scorned-wa-dad-wrongfully-jailed-for-sexually-abusing-his-son-demands-changes-20170919-gyk7ai.html

My third case is a real shocker from Canada. The headline reads: “Court orders dad to start treating his 11-year-old daughter as a boy.” The story begins:

Faced with two estranged parents in utter disagreement about their daughter’s wish to be a boy, a British Columbia Supreme Court judge has appointed the child a legal guardian to protect her interests. The father not only wants his daughter to cease taking hormone blockers but also to cease all contact with transgender activists or transgender-friendly therapists.
Though the case is about whether the 11-year-old can give informed consent to such serious medical treatment, which is intended to delay the onset of female puberty, the judge appears to have already conceded the point by referring to the girl by her preferred, male, initials, J.K., and accepting her male self-identification.
www.lifesitenews.com/news/court-orders-dad-to-start-treating-his-11-year-old-daughter-as-a-boy1?utm_content=bufferfe448&utm_medium=social&utm_source=defendmarriage%2Bfacebook&utm_campaign=buffer

Another Australian man shared this story:

My friend is a good, hardworking farmer, who met a woman, fell in love, married and had a beautiful little boy (who is now 5). This woman has now totally turned this man and child’s life upside down. She had an affair with another local man, left the family home (after raiding it) took the little boy, and went to the Police and took out a false violence order against her husband, there has never been any family violence.
This event happened in 2014 and the victimisation and lies about this man continues to this day. I do not know how this man keeps going. The little boy was kept from his father for over 5 months until the court gave him fortnightly access. The love between father and son is obviously very strong. The mother is manipulating and mentally abusing the little boy in a very sick way, poisoning his little mind against his father some of which he has repeated to family and friends, the list goes on and on.
This woman has recently had the little boy assessed by a professional. The assessment was received yesterday by our friend which I read, it was so one sided towards the woman, outrageous lie after lie. There was no assessment with the father and the child, the father was able to speak with the assessor for an hour, but with a violence order in place had to be careful about what he said about the mother so the assessor would not have got a true picture from the father.

Let me offer just one more story – one that I have personally been involved with. In a really sad case I was actually present with a dad when his wife came home with police, grabbed her belongings and her children, and walked out. The father was left absolutely dumfounded, and he had absolutely no clue as to what was going on or why this was happening.

When he tried to speak with his wife to discover what this was all about, he was prevented by the police from doing so. Sadly everything just went downhill after that, and he has gone through living hell for some years now. This shattering event left him dazed and confused for many years, and he is only now starting to climb out of the pit of depression and despair.

But his story is repeated daily many times over. The number of fathers who have been so abused by the Family Law Courts and end up suiciding is simply out of control. Plenty more such stories could be offered here. Thankfully many people are speaking out on this.

Entire books have been penned on the failed family law systems in the West which especially seem intent on targeting men. One such book I have mentioned elsewhere is by Stephen Baskerville. The 2007 volume, Taken Into Custody: The War Against Fathers, Marriage, and the Family, is an important look at a system which is clearly out of control.

Governments throughout the United States and other democracies are engaged, by accident or design, in a massive campaign against fathers and fatherhood, and … this campaign lies at the root of a larger crisis that is undermining parents generally, threatening the institution of marriage, destroying the family, and ruining the lives of children….
What we are describing here is the divorce industry, a massive and largely hidden governmental and quasi-governmental machine consisting of judges, lawyers, psychologists and psychiatrists, social workers, child protective services, child-support enforcement agents, mediators, counselors, and feminist groups, plus an extensive host of economic interests, such as divorce planners, forensic accountants, real estate appraisers, and many others.
These officials and professionals invariably profess to be motivated by concern for the “best interest” of the other people’s children. Yet their services are activated only with the dissolution of families and the removal of parents. Whatever pieties they may proclaim therefore, the hard reality is that they have a concrete interest in encouraging family break-up, and virtually all their power and earnings derive from the harm that divorce inflicts on children. “Fights over control of the children,” reports one former divorce insider, “are where most of the billable hours in family court are consumed”

Reform of the system is long overdue. How many more people – mainly men – will see their marriages ended, their children taken away, and face years if not decades of grief and suicidal tendencies. Yes, men are not faultless, and women too can suffer from the system, but right now it is a broken system in urgent need of repair.