In one sense no one is indispensable in God’s Kingdom. God is not bound by us and what we can do for him. He could accomplish all his purposes without us if he so chose. But for some odd reason he has chosen to work through fallen and finite human beings.

He has decided that he will use us to help achieve his ends. That includes having us share the gospel to all nations, disciple believers, and be salt and light in a needy world. It is a good thing I am not God, as I would not likely have chosen to use mere human beings to help bring about the work of the Kingdom.

But given that God does indeed use us humans for his purposes, we can say that in a sense we ARE indispensable. And that is for one quite obvious reason: all of us have a special sphere of influence, circle of friends, and unique set of relationships that no one else has.

Every single one of us has family, friends, classmates, workmates, etc., that no one else exactly has. I cannot easily reach the mother or son of a family that you can. I cannot readily gain access to the group of friends and contacts you have. So you – that is, each one of us – have a unique opportunity to reach certain people that others cannot. 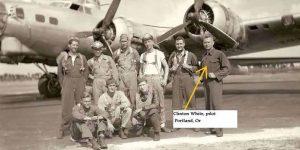 So in that sense we all do have a special role to play, and without us, certain people would not likely be reached. And we reach them not just with the good news of the gospel, but as we share truth with them, be it on the sanctity of life, the importance of marriage and family, and so on.

I cannot at this point do much good in evangelising on the streets of a Japanese city, but some of you can do that – or already are doing it. I don’t have much impact on the church scene in, say, a New Zealand suburb, but some of you do.

Yes, I can potentially reach many via the internet with my CultureWatch ministry, but millions – indeed, billions – of people will never hear of me or this work. So other Christians will be needed to reach them and have an impact on their lives.

So we each must do the little bit that we can to extend the Kingdom, and leave the results up to God. We are all just links in a chain. Paul made this clear when he spoke about sharing the gospel and the role we each play in this endeavour.

In 1 Corinthians 3 he discusses divisions within the Body, and he mentions how important each one of us are. As we read in verses 5-10:

What, after all, is Apollos? And what is Paul? Only servants, through whom you came to believe—as the Lord has assigned to each his task. I planted the seed, Apollos watered it, but God has been making it grow. So neither the one who plants nor the one who waters is anything, but only God, who makes things grow. The one who plants and the one who waters have one purpose, and they will each be rewarded according to their own labor. For we are co-workers in God’s service; you are God’s field, God’s building. By the grace God has given me, I laid a foundation as a wise builder, and someone else is building on it. But each one should build with care.…

And our own individual uniqueness is further stressed by Paul in this epistle. In chapter 12 he speaks about how we all are different members of one body, and we each have something to contribute. He talks about differing members and differing giftings in the Body, and then concludes this way in verses 27-31:

Now you are the body of Christ, and each one of you is a part of it. And God has placed in the church first of all apostles, second prophets, third teachers, then miracles, then gifts of healing, of helping, of guidance, and of different kinds of tongues. Are all apostles? Are all prophets? Are all teachers? Do all work miracles? Do all have gifts of healing? Do all speak in tongues? Do all interpret? Now eagerly desire the greater gifts.

I want to conclude with an illustration I recently came across. It shows how individuals we may never have heard of or met can nonetheless make a big difference in our lives. It reminds us that God has people at work all over the place, and it will likely only be in heaven that we learn about how so many different people contributed so positively to our lives.

The story takes us back to World War II. In 1983 an issue of Leadership magazine featured it, and it has been shared various times in various places. The story originates with Elmer Bendiner and his book, The Fall of Fortresses. The subtitle of the 1980 book explains things: “A Personal Account of the Most Daring, and Deadly, American Air Battles of World War II.”

Elmer Bendiner was a B-17 navigator during WWII. He tells the story of a bombing run over Kassel, Germany, and the unexpected result of a direct hit on their gas tanks. “Our B-17, the Tondelayo, was barraged by flak from Nazi antiaircraft guns. That was typical, but on this particular occasion our gas tanks were hit.

Later, as I reflected on the miracle of a 20 millimeter shell piercing the fuel tank without touching off an explosion, our pilot, Bohn Fawkes, told me it was more complicated. On the morning following the raid, Bohn asked our crew chief for that shell as a souvenir of our unbelievable luck.

The crew chief told Bohn that, in addition to that shell, another 11 were found in the gas tanks. Eleven unexploded shells where only one was sufficient to blast us out of the sky. It was as if the sea had parted for us. A near-miracle, I thought

Even after 35 years, this awesome event leaves me shaken, especially after I heard the rest of the story from Bohn. Bohn was told that the shells were sent to the armorers to be defused. The armorers told him that Intelligence had then picked them up. They couldn’t say why at the time, but Bohn eventually sought out the answer. Apparently when the armorers opened each of those shells, they found no explosive charge. They were clean as a whistle and just as harmless.

Empty? Not all of them! One contained a carefully rolled piece of paper with a scrawled message in Czech. The Intelligence people scoured our base for a man who could read Czech. Eventually they found one to decipher the note. It was amazing! Translated, the note read: ‘This is all we can do for you now’.”

So thanks to some unknown and unheralded Czech saboteurs in a Nazi munition plant, Elmer and his crew – and who knows how many other Allied airmen – lived to tell about their war experiences. One person who shared this story had this as part of his introduction to it:

In my book, Prague: My Long Journey Home, I write about Czech collaborators with the Nazis and the Svejks – those who simply stood by and did nothing. But there were also many Czechs who resisted and who provided assistance to the Allies via clandestine activities. One doesn’t often hear about such resistance coming from those Czechs who were most repressed – Jewish concentration and slave labor camp prisoners.

In his 1994 book Standing Tall Steve Farrar also uses this story. This is the paragraph he has before he shares it:

Sometimes we are hesitant to speak out when we should. In our hearts, we know that we should, but we are reluctant because it might cost us something to do so. The story of Elijah reminds us that God is our protector. He has a way of looking out for those who are willing to stand tall and speak out for truth. God has ways of protecting us and our families that we would never dream of.

And this is his paragraph following the story:

Perhaps the idea of taking a stand on the issue of homosexuality is more than you can handle. Or it may be taking a stand at your office or your place of employment. We tend to worry about what might happen if we take a stand for the Lord. The Lord has promised to protect us just as He did Elijah. He knows how to get us to a brook where our needs will be met, and He knows how to keep our enemies from finding us.

As I say, every follower of Christ has a role to play. We may not know if we are doing much good at the time. Did the Czech resistance warriors who were forced to work in Nazi factories know how much good – if any – they would achieve by their exploits?

All that God calls us to do is to be faithful, and to obey his leading and calling in our lives. We may not think we are making much of an impact, but as mentioned, one day in heaven we may well meet all sorts of people who were directly or indirectly impacted by our lives – what we said or what we did.

So we must persevere. We all have a role to play. Do what God has called you to do, and one day you will see just how much God in fact really did use you to achieve great things for the Kingdom. Just as Esther was raised up “for such a time as this,” so too God has raised you up to be where you are now at.

So go forth and be an Esther – or a Czech resistance fighter. You are unique, and we need you!

5 Replies to “We All Have a Role to Play”