Anything that is good and of God will be abused, misused and counterfeited. In addition to the Bible we have two thousand years of church history to make this perfectly clear. Any and all of God’s good gifts to us will be distorted and perverted. That is what keeps our spiritual enemy busy.

This brand new book by Michael Brown documents plenty of these abuses and excesses to be found in the charismatic and Pentecostal side of the church. It is not pretty to behold but it is a necessary story to be told. Early on in the volume he shares his passion and motivation:

I have written these pages with a deep sense of burden, with grief over the lives hurt because of uncorrected errors in our midst, and with pain because of the reproach that has been brought to the name of our Lord. I share His holy jealousy for His bride—in tiny measure, of course, compared with His passion—knowing how deeply He loves His people and how much He appreciates their sincere and simple faith. But there must be discernment with that faith, lest many lives be shipwrecked.

Eight years ago a similar sort of book appeared by another member of this movement. It was a very useful critique of so many of the errors, distortions and abuses found therein. You can see my review of The Holy Spirit is Not For Sale by J. Lee Grady here: billmuehlenberg.com/2010/07/02/a-review-of-the-holy-spirit-is-not-for-sale-by-j-lee-grady/ 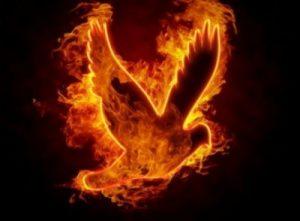 In Brown’s excellent volume we find more such helpful truths. The subtitle of his book is “A Wake-Up Call to the Pentecostal-Charismatic Church”. It also looks at various excesses and abuses that are occurring there. Like Grady, he sure is not calling for us to throw the baby out with the bathwater, but seeks to correct the abuses and get things back in order. Both authors are insiders to the movement.

Needless to say, those who think that all of the Pentecostal and charismatic movement is dangerous and unbiblical will not even be interested in these sorts of books. (Brown deals with the charismatic critics in a postscript.) And to add a personal note, I once was a cessationist but no longer am, so I will run with books like these and seek to benefit from them.

Because Brown has been so very active in this movement since his conversion nearly half a century ago, he is well placed to examine its many pros and cons. He begins by reminding us of the birth of the modern Pentecostal movement in the early 1900s, and how the Holy Spirit has always been an essential player in the Christian’s life and witness.

But as with all of Christendom, abuses and excesses have easily crept in. He especially takes to task gullible believers, superstar leaders, the tendency to dismiss sound theology and doctrine, wild and reckless ‘words from God,’ abusive leadership, sexual immorality, worldly worship, and things like the prosperity gospel.

In one chapter he looks at the vital need for discernment. He even says that “we Charismatics are so gullible.” Of course I know of plenty of gullible non-charismatic Christians as well. But the amount of loony tune silliness that can occur in the Pentecostal world, and the amount of gullibility towards it, can be quite worrying indeed.

The examples are certainly numerous. As Brown writes:

I find it remarkable that there are leaders who were caught in fraudulent activities yet continue to have financially prosperous ministries today, still drawing large audiences and still bringing in enough funds to keep them on TV. One such leader claimed to receive divine revelation about people in the audience, but it turned out that his wife was feeding him information through a hidden earpiece.

He reminds us that there is a big difference between a child-like faith and a brainless lack of discernment. We are to use our minds for the glory of God, and that includes thinking critically about what we see and hear and read. We are not to be deceived nor blown about by every wind of doctrine, but to keep our baloney-detectors ever at the ready.

As but one example, some folks are into the practice of “grave-sucking”. Brown discusses this and then says: “The idea that by lying on a godly person’s gravesite we can suck up his mantle or anointing—what can I say? Such a practice deserves to be ridiculed.”

He concludes this chapter with these words: “Enough with our foolish gullibility. May a spirit of true, mature faith arise, and may we stop acting like little children. It’s time to be men and women of God.” Amen to that.

Consider also the prosperity gospel which Brown has actually criticised in earlier works. He notes how the “prosperity gospel has been joined to the pep-talk gospel, taking us even further from the cross.” The latter “lifts you up and cheers you up and puts a smile on your face without ever calling you to turn from sin, without ever confronting you with the consequences of disobedience, without ever talking about judgment or God’s wrath. That is not the gospel.”

He calls these pep talks and the ‘success in life’ gospel the “Pablum from the pit.” He warns us to avoid them like the plague. He reminds us that persecution, hardship, suffering and tribulations are the norm for New Testament Christianity, not success, riches, a life of ease, and terrific self-esteem.

Some of the material in this book can easily apply to all of Christianity, not just to one stream of it. Consider his chapter on abusive leadership. While we are to show respect for our leaders, they are not to be put on a pedestal, above all assessment and correction. Leaders need to be held accountable as much as anyone else – perhaps even more so.

He offers us a “checklist to help identify abusive leaders”:

• Do they put you under pressure (even with embarrassment or threats) if you don’t unquestioningly follow their lead (or, worst of all, if you contemplate leaving)?
• Are they getting rich off your giving (especially your sacrificial giving)?
• Are they lording it over you rather than leading by example?
• Do they constantly speak about their special gifting, calling, anointing, and authority?
• Do they tell you how privileged you are to have people like them at the helm?
• Are they lone rangers, lacking accountability?
• Are they harsh, mean-spirited, short-tempered, and insulting to any whose allegiance they question?

The corrective to all these abuses and problems is to get much closer to God and much closer to his Word. Brown says we must also be willing to confront and expose error. For too long serious problems have been allowed to go unchecked in the churches.

We will need wisdom and God’s guidance when we seek to stand for biblical truth and expose and correct error in our camp. And the sad truth is, many of the horror stories recounted by Brown are already well known. That is because the secular media is more than happy to expose these scandals, frauds and rip-offs.

And it is also because the church – in this case the charismatic and Pentecostal brand of the church – has not been willing to judge itself, to keep a close account of things, and to do its own house cleaning. Well, enough is enough. Judgement must first begin in the household of God.

Michael Brown does a good job of urging us to do this very thing. Scripture tells us plainly not to “quench the Spirit”. Praise God for the Holy Spirit and his work in our lives today. But the abuse, the counterfeits, and the perversion of the Spirit and his gifts must stop now.

Thank you Dr. Brown for this sober wakeup call.

12 Replies to “A Review of Playing With Holy Fire. By Michael Brown.”