Although this piece is mainly about a famous Christian theologian, let me begin with a bit of an autobiographical intro. I just read again the request of Solomon when he had established his kingdom and God asked him what he desired. In 1 Chronicles 1:7 we read this: “That night God appeared to Solomon and said to him, ‘Ask for whatever you want me to give you’.”

And his famous reply is found in verse 10: “Give me wisdom and knowledge, that I may lead this people, for who is able to govern this great people of yours?” I have taken to praying the same thing, since I have a ministry that does indeed require plenty of wisdom and understanding.

I am not a king, but as a teacher, writer and a public figure, and as someone involved in the issues of the day, including the culture wars, I sure do need wisdom. I need to know when to speak and when to stay silent. I need to know which battles to get involved in, and which ones to just let go. 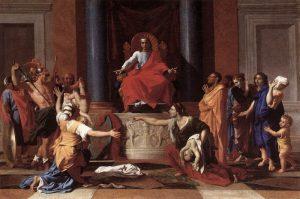 I need to know who to accept as a friend on the social media and who to reject. I need to know how long I should deal with someone who is argumentative or perhaps just a bit “thick”, and when to just give them the flick. I daily need real wisdom and knowledge.

That is why I so much covet the prayers of God’s people. Often I do not get it right, often I make mistakes, and often I am not properly serving my Lord and representing him as I should in the public arena. So please do keep me and this ministry in prayer thanks.

And this is true for any other public figure as they seek to be a faithful ambassador of Christ. They need real wisdom in so many areas. Biblical Christianity is always about orthodoxy and orthopraxis. That is, it is about right doctrine and right behaviour. Both must be affirmed.

So what happens when a pastor or leader or church or even an entire denomination starts to go off the rails in these areas? What if a current hot potato issue is not handled properly, and a church body gets both the doctrine and the practice wrong?

The issue of homosexuality is an obvious case in point, and it of course covers both right and wrong beliefs and behaviours. And plenty of church groups are getting it wrong big time here. What happens then? Do you stay and fight, or can things get so bad that it is better just to walk away?

The famous Christian that I have in mind here is the great J. I. Packer. He is now well into his 90s, has failing eyesight, and is now almost completely inactive in the Christian scene. But an episode from his life some 16 years ago is well worth recounting here.

It involved issues of the church, homosexuality, and the way forward. Packer wrote a famous piece about what he did back then and why he did it. The introduction in a Christianity Today article on this offers the setting for his actions:

In June 2002, the synod of the Anglican Diocese of New Westminster authorized its bishop to produce a service for blessing same-sex unions, to be used in any parish of the diocese that requests it. A number of synod members walked out to protest the decision. They declared themselves out of communion with the bishop and the synod, and they appealed to the Archbishop of Canterbury and other Anglican primates and bishops for help. J. I. Packer, an executive editor of Christianity Today, was one of those who walked out. Many people have asked him why. Though one part of his answer applies specifically to Anglicans, his larger argument should give guidance to any Christians troubled by developments in their church or denomination.

Packer begins with these words:

Why did I walk out with the others? Because this decision, taken in its context, falsifies the gospel of Christ, abandons the authority of Scripture, jeopardizes the salvation of fellow human beings, and betrays the church in its God-appointed role as the bastion and bulwark of divine truth.

My primary authority is a Bible writer named Paul. For many decades now, I have asked myself at every turn of my theological road: Would Paul be with me in this? What would he say if he were in my shoes? I have never dared to offer a view on anything that I did not have good reason to think he would endorse.

He closely looks at the biblical material on this matter as well as the historical and theological issues involved, and discusses the issue of biblical authority. He concludes with these words:

Luther’s response at Worms when he was asked to recant all his writings echoes in my memory, as it has done for more than 50 years:

‘Unless you prove to me by Scripture and plain reason that I am wrong, I cannot and will not recant. My conscience is captive to the Word of God. To go against conscience is neither right nor safe [it endangers the soul]. Here I stand. There is nothing else I can do. God help me. Amen.’

Conscience is that power of the mind over which we have no power, which binds us to believe what we see to be true and do what we see to be right. Captivity to the Word of God, that is, to the absolutes of God’s authoritative teaching in the Bible, is integral to authentic Christianity.

“If I profess with the loudest voice and clearest exposition every portion of the truth of God except precisely that little point that the world and the devil are at the moment attacking, I am not confessing Christ, however boldly I may be professing Christ. Where the battle rages is where the loyalty of the soldier is proved, and to be steady on all the battlefield besides is merely flight and disgrace if he flinches at that point.”

Was the protest in order? Was “no” the right way to vote? Did faithfulness to Christ, and faithful confession of Christ, require it? It seems so. And if so, then our task is to stand fast, watch, pray, and fight for better things: for the true authority of the Bible, for the “true truth” of the gospel, and for the salvation of gay people for whom we care.

His entire article is well worth reading. And it should be pretty obvious that we have countless examples of this very thing going on in other church bodies. For example, just a few days ago reports emerged of one large Australian Protestant denomination seemingly heading down a similar path of blessing homosexual marriage. As one news item puts it:

The Uniting Church in Australia’s key national governance body has recommended a change in church policy to allow same-sex marriage. The church’s Assembly Standing Committee endorsed an internal report that recommended changing its policy statement on marriage from being the union of “a man and a woman”, to being between “two people”. It could pave the way for the Uniting Church to become the first major Christian denomination in Australia to perform same-sex marriages.

One of the reasons for the change, according to the report, is that “scientific research generally supports the view that people who are attracted to someone of the same gender were born that way. This knowledge supports the view that same-gender sexual attraction can be understood as part of God’s good and diverse creation rather than unnatural,” it says.

Um no, there is no scientific evidence to show that homosexuals are born that way, and there is not a skerrick of biblical data to show God’s support of this lifestyle. But that case I and others have made countless times now. The real issue here is what will faithful Christians still in this liberal denomination now do.

If the UCA goes ahead with this apostasy, will true believers stay and fight, or will they walk? Again, this is a place where real wisdom is needed. Should biblical believers remain and seek to promote much-needed truth in this theologically crumbling denomination, or should they realise the gig is up and just leave?

Individual pastors and members will need to carefully and prayerfully discern what option is best. And of course much of the UCA has been embracing theological and social liberalism for years now, so groups resisting this have already emerged over the years, including the Assembly of Confessing Congregations within the Uniting Church. See their site here: www.confessingcongregations.com/

Just as Packer had to decide what to do and how to do it, once again orthodox Christians who affirm biblical truth will have to decide what their next steps will be in the light of such apostate directions of this and other church bodies. They will need the wisdom of Solomon here.

And they will need to desire what he desired: “Give me wisdom and knowledge, that I may lead this people”.