I have covered quite a bit of territory in the first three parts of this article. Now I seek to wrap things up, and offer some further reading to those who are interested if they want to learn much more about this from some helpful, reputable and reliable sources.

-The KJV is a beautiful book in so many ways, and much beloved by millions. I grew up on it when I first became a Christian, and I memorised entire chapters from it. But I now also read and enjoy other translations such as the ESV, and see no problem whatsoever in using a number of translations and versions to help get a better grasp of God’s Word.

-Only the original autographs – which are now lost to us – are divinely inspired, not any human translation. Every version we have in English is a human product, not a divine product. Thus all will have strengths and weaknesses, and none can be claimed to be perfect or without error. However, the invaluable science of textual criticism exists to help us get as close as we can to those original, infallible autographs. 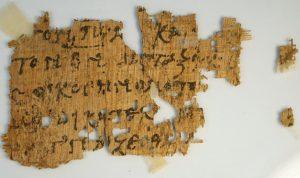 -Some of those who have penned books and articles seeking to make the KJVO case did/do know something about the original languages and the like. Sadly however that cannot be said of most of their enthusiastic followers today. I suspect that the great majority of these folks not only do not know anything about ancient Hebrew or Koine Greek, but they know basically nothing about translation theory, textual criticism, manuscript evidence and the like.

Overwhelmingly they just seem to regurgitate stuff they have found on highly suspect websites, including unhelpful conspiracy theory sites and rabid anti-Catholic sites. Or they simply rehash the discredited nonsense found in books like those of Riplinger.

Sadly these folks are usually quite clueless, and have very little nous or discernment. And the more extreme they get, the more cultic and heretical they become, and the more of an embarrassment and danger they become. Some of the more extreme adherents of this are often rather uninformed, or under-educated, or sadly just nutty zealots.

-As already mentioned, no one speaks 17th century English anymore. All Christians should seek to communicate biblical truths as clearly as possible, not just to other Christians, but to non-Christians as well. Assuring that most folks today will struggle greatly in trying to understand what you are saying by using Elizabethan English is hardly being a good witness, an effective teacher and evangelist, nor likely to get good results.

-More important than going on a cultic hobby horse about which Bible alone we can use, we should be concentrating on living out and fully obeying the Bible. Sure, good translations are quite important, and some are better than others. But too many folks will fight to the death over their beloved KJV while living just like unloving and ungracious unbelievers.

-Finally, let me lay my cards on the table here. I make no claims to being an authority on textual criticism, translation theory, and so on. I have tried to do some serious study on this over the years, as evidenced by my recommended reading list. I have had two years of NT Greek, but that is the extent of my knowledge of the biblical languages. So I write this mainly as a concerned layman.

I close with the words of James R. White. His very well-researched and documented critique of the KJVO movement finishes with these words:

King James Onlyism is a human tradition. It has no basis in history. It has no foundation in fact. It is internally inconsistent, utilizing circular reasoning at its core, and involves the use of more double standards than almost any system of thought I have ever encountered. And yet it is embraced by fellow believers, and as such must be addressed if I am to follow Christ’s command, “Love one another”.

That has been my motivation as well. I have seen way too many believers who are either woefully uninformed or outright deceived peddling some of these reckless and false positions. Even if many believers mean well and want to do what is right, when they promote that which is patently false, mischievous and even dangerous, they are doing great harm to the Christian faith.

Books directly on the King James Only Debate:

In addition to these articles, there are well over 60 books to choose from here. My advice to those who really do not know much about these issues is to actually do some careful study on these rather complex and detailed matters. If you have not read Bruce, or Ryken, or Greenlee, or Metzger, or Comfort, or Wallace for example, who are world class scholars and authorities on these issues, you really are short-changing yourself.

Simply passing along all those unhelpful video and website falsehoods, misinformation and wild accusations is not only embarrassing, but actually dangerous, and it does great harm to the body of Christ and the cause of the Kingdom. Christians really need to grow up here and use their brains for the glory of God. Either that, or they should remain silent on those matters that they clearly know little or nothing about.

Given how intense this debate can get, often with more heat than light being generated, let me add to the general commenting rules already found on this site. If you identify as a gung-ho KJV Onlyist who thinks everyone else is deceived and of the devil, I will not run with your comments. Nor will I post a comment by some zealous soul who insists on offering an 8000-word point-by-point refutation.

If however you are more moderate and reasonable in your views, you can submit a comment. But if you are just rehashing the same old tired objections and criticisms found so readily elsewhere, I am not interested to be honest. It is not my intention to debate this matter ad infinitum, ad nauseum.

The main reason I wrote this piece was to offer a short and succinct summary of where I stand on the topic, so that when folks ask for my views, I can point them here, instead of having to constantly restate my views. It was not to turn this into an extended WWIII!

Finally, you should carefully read all four parts of this article before commenting, so that you know what I have actually and fully said. Thanks for respecting my wishes here.

Part 1 of this article is found here: billmuehlenberg.com/2018/05/07/the-king-james-only-controversy-part-1/

14 Replies to “The King James Only Controversy, Part 4”