You might be wondering: hasn’t Bill written on that topic before? Well yes, you are right: I have actually written on this issue quite often. But since the critics and the criticism seem to be never-ending, I have to keep addressing this matter.

Getting a constant barrage of criticism, even from well-meaning folks, can be so utterly discouraging, debilitating and damaging. It is so easy to want to just give up – it sure beats trying to do what you feel God has called you to do, only to get non-stop critics seeking to tear you down and go on the attack.

The sad truth is, when Satan uses people to attack you, pick a fight with you, seek to discourage you, and to undermine what you are doing for Christ, he does not just use non-Christians. He is fully capable of using Christians for this purpose as well, and plenty of believers are more than happy it seems to be used in this way.

It is so very discouraging. But I see it happening all the time. While we expect non-Christians to go on the attack and do constant battle with you, it should not be that way with fellow believers. But so often it is alas. So this piece will deal primarily with Christian critics. 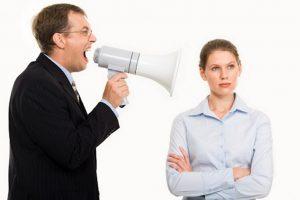 -Some are well-meaning and want to do what is best, but they may or may not always be wise in their timing, approach, use of words, or deep-down heart motivation.

-Some are haughty and cantankerous folks with an unteachable spirit who you can do little with, except pray for them.

-Some are nutters, cranks and fruit loops who should just be avoided like the plague.

-Some are trolls and serial pests who exist just to argue, pick a fight, and get into mischief. They too need to be given the flick.

-Some are bitter, angry and have all sorts of unresolved issues. Instead of dealing with all their issues, they prefer to lash out at others and cause a stink about anything and everything.

-Some are carnal, fleshly and not walking in the Spirit, at least at certain times. Because they are not hearing from God at times, but are acting according to the flesh, they will say and do things which cause plenty of damage to the body of Christ.

-Some build themselves up by tearing others down. That is how they operate unfortunately.

-Finally, some will offer criticism because the criticism is necessary, they are speaking the truth in love and care deeply about you, and they simply want what is best for you and the cause of Christ. We need plenty more of these sorts of critics, but much less of the other kinds.

So how do we respond to all these critics, with their mixture of motivations and reasons for criticising? Discernment is needed, and we often have to be in prayer about each individual critic, and how we are to respond. Sometimes we must respond when the truth is at stake, and so on.

But sometimes God will have us not respond at all. At times we should just bite our tongue and let the ball go through to the keeper (if you know your cricket terminology). Often when I am under attack and I am praying about it, I am reminded about various figures from church history and how they dealt with criticism, or the disciples, and even Christ himself.

Recall what Peter said about Jesus: “For to this you have been called, because Christ also suffered for you, leaving you an example, so that you might follow in his steps. He committed no sin, neither was deceit found in his mouth. When he was reviled, he did not revile in return; when he suffered, he did not threaten, but continued entrusting himself to him who judges justly” (1 Peter 2:21-23).

So staying humble and seeking to respond as God wants us to respond may mean at times saying and doing nothing. At other times we must stand and fight, because important truths or doctrines are at risk. We must have wisdom here in deciding which way to proceed.

And then we can discuss the sort of people who are attacking us. We expect those who are politically, theologically or ideologically opposed to us to go on the attack. Satan can of course easily use theologically liberal believers who really do not believe the Bible and are pushing radical leftist social agendas to attack us.

But he can also take so-called Bible-believing, conservative Christians and use them as unhelpful and unChristlike critics. If and when they are walking in the flesh, are not in step with the Spirit, and are simply full of themselves, then what they say – even if they think it is all very biblical – can just end up being another satanic attack.

Of course I have been that way at times myself, so I know I am not immune from this. I am not saying I am above all this sadly. But when it does happen to you, these critics are usually quite closed-minded and blind as to just how carnal and fleshly they are at the time.

Often in that case all you can do is pray for them, be a bit patient with them, and hope they will eventually see the light and come around. But as any Christian who has been around for a while has discovered, sometimes they do come around and sometimes they don’t.

No matter how much you pray for some of them, no matter how patient you seek to be with them, and no matter how graciously you respond to them, some will just not change. But that of course is the problem with being carnal and fleshly and not in tune with the Spirit – you are the last one to realise this! You are blinded to your own spiritual need.

And sometimes the worst sort of these Christian critics are the hyper-spiritual ones. They think they are so very spiritual, and they will forever throw Bible passages around, all the while being totally devoid of any of Christ’s love, compassion and understanding.

They may even say the right things and offer correct passages, but they are not offered with a heart of love and understanding, but in a judgmental and arrogant fashion. Because they are operating out of the flesh and not the Spirit, they have, as Paul said, a ‘form of godliness, but are denying the power thereof’.

Even the devil knows Scripture really well. So simply offering a Bible passage is no indication of godliness. People can do the right things for the wrong reasons. They may simply be speaking out of pride and a sense of spiritual superiority, not because they are being motivated by the love and grace of God.

As but one example, let’s say you just lost your wife to cancer or a road accident. Many Christians may mean well, and think they are saying helpful things, but often they are doing no good at all, and are in fact making matters worse. “Well, she is in a better place now,” and the like can readily become glib and hollow clichés. They often just make things worse, and are of no real benefit.

Such people can be just as unhelpful and problematic as Job’s miserable comforters. They may say all the “right” things, but they either miss the point, are lacking in grace and tact, are doing stuff at the wrong time, or are just being smug and holier-than-thou.

Moreover, some of the really intransigent, persistent and aggressive critics may not be real Christians at all, which explains a lot. If they keep hating on you and keep refusing to show any Christian love and grace, then you have every right to question whether they are true believers.

We of course have full biblical warrant for this. Let me offer just one verse here, 1 John 4:20: “If anyone says, ‘I love God,’ and hates his brother, he is a liar; for he who does not love his brother whom he has seen cannot love God whom he has not seen.”

As I mentioned above, if they are in fact serial critics and pests who just like to argue and attack you – whether they are real Christians or not – they are not worth keeping as friends, at least on the social media. They do more harm than good, and we are under no obligation to maintain relationships with them (unless God specifically wants you to do so).

One thing I have always said in the past on this topic is to learn to discern which criticisms are necessary and which are not. I always say we must treat criticism like we do a fish dinner: we eat the meat but throw away the bones. We must discern if God is behind the criticism, or if it is just the world, the flesh and the devil behind it. And when it is a mix, we take what is appropriate and ignore what is not.

There most certainly is a place for proper criticism in the Body of Christ. We all can go off in both what we believe and what we do, and reproof and correction are so often needed. We all have blind spots and we all need others to lovingly and patiently offer us important correction when it is needed. We need to prayerfully consider what they have said, and ask God if it is true, and what changes we may need to make.

But there are far too many carnal critics, heresy hunters, fleshly pugilists, and just plain grumps out there who seem to get their kicks out of attacking others, getting into fights, and being a real pain in the neck. All of us can do without these sorts of folks.

In sum, stay humble, stay on your knees, stay teachable, and you will go a long way in dealing with all the criticism you WILL get.

10 Replies to “Dealing With Critics”