What is new is not always normal, and some rather abnormal things are now being forced into attempted normalcy by activists and militants. The transgender agenda is a clear case in point. Up until a few years ago almost no one thought it normal for someone born male to later simply decide he is now female.

But today the trans revolution is sweeping everything in its path. It has been enthusiastically embraced and promoted by celebrities, the mass media, academics, courts, universities, and even some churches. While there are plenty of positive things being written on all this, there is little that critically evaluates it. Thus this book.

The contents of this volume come from a conference held in London in 2016. In this brief but helpful book over a dozen articles from eleven authorities look at all aspects of the gender bender revolution. The authors include academics, philosophers, doctors, theologians, and ex-homosexuals. 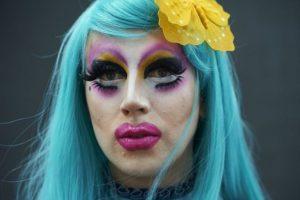 In her introduction Lisa Nolland speaks of the “tsunami of transgender rights, which arguably pose an even greater threat” than those imposed by the homosexual lobby. In transgenderism “hard physical realities of bodies dissolve”. She quotes Ayn Rand “We can ignore reality but we cannot ignore the consequences of ignoring reality.”

And those consequences are very real indeed as this volume makes clear. Children especially suffer here, and they are being targeted by the activists. This simply follows on from how the homosexual lobby has always operated: children have always been in their sights.

Children’s rights advocate Brittany Klein reminds us of how the homosexual lobby has made a point of bringing children into their orbit. They have “thousands of youth centre and groups” and are extremely active in our schools. She writes, “There is something shameless in a movement that uses kids”.

Children raised in homosexual homes have plenty of stories to tell, but are usually denied the opportunity to do so. They often are “embittered by spite and narcissism, of those that raised them, and punctuated by the control and the humiliation tactics.”

Carlos Flores shows how children are being exposed to abusive and harmful “remedies,” and argues that sex reassignment surgery is not medicine. It neither restores physical (or mental) faculties to their proper functions nor prevents their dysfunction. Indeed, it is contrary to medicine in that it is “positively oriented towards the damaging, destruction, or removal of bodily faculties.”

The trans activists insist on allowing children – even very young children who are still physically and emotionally developing – to alter and even mutilate their bodies, with hormone treatments, sex reassignment surgery, and so on. But they also insist that the option of psychological counselling or treatment should be denied them.

Rick Thomas and Peter Saunders examine the medical and scientific dimensions of this debate. They state that gender dysphoria “represents a mismatch between a person’s perception of their gender and their actual biological sex.” They remind us that the intersex condition is in a class of its own, and has nothing to do with the trans agenda. These very rare cases “reflect disorders of sexual differentiation in the developing embryo and do not represent a ‘third sex’.”

He continues, “Expressed another way, the legal version of gender identity is a knowable lie, in that it contradicts a knowable truth, namely that our fundamental identity as embodied persons is a given identity which exists independent of our mind and just so happens to be signified through the word ‘sex’.”

Julia Gasper carefully examines the writings of some prominent homosexual icons. She demonstrates that in their writings they often contradict basic homosexual ideology: they admit to not being in an optimum state of well-being, they admit to environmental factors leading up to their eventual gender identity, and so on.

She concludes: “If the writings of the homosexuals themselves contradict the dogmas of the movement, we should use them to reveal the confusion of that movement, in which may lie the seeds of its own demise.”

New Testament scholar John Nolland examines the biblical data on all this. Jesus and Paul especially treated sex as something very important. While Jesus directly speaks to concern about the poor 13 times in the gospels, he speaks to the issue of sexual morality 26 times.

And Paul regularly speaks of sexual sins and God’s intention for human sexuality. Like Jesus, he appeals to the creation account in Genesis for how we should understand this. And of course homosexuality is often discussed by the Apostle, but always in a negative light.

Practical chapters are also found here, showing how we can help to “sex-proof” our young people, and assist them in avoiding these activist agendas. Lisa Nolland offers various pointers to parents, including: see your role as mum and dad as your most important job; daily offer your children affirmation, attention, affection (physical and emotional), and advocacy; become aware of the world they live in and the temptations they face; and help them develop a core psychosexual identity.

As mentioned, the whole trans revolution is relatively new, so books offering a more critical view of the movement are few in number thus far. Some people have been there and done that, such as Walt Heyer, who transitioned and detransistioned, and he has written a number of books on this.

And of course the new volume by Ryan Anderson, When Harry Became Sally, is also a very welcome volume on this topic. My review of that book is found here: billmuehlenberg.com/2018/02/21/review-harry-became-sally-ryan-anderson/

Several other volumes can be mentioned. So it is good to see this new book appear, and it can be added to the small but growing library of books that question the ideology, philosophy, science and medicine of the trans revolution. Many thanks for making these conference papers available to a wider audience.

3 Replies to “A Review of The New Normal. By Lisa Severine Nolland, et. al.”