I had a rather strange thing happen to me some years ago. I was invited to be a key speaker at a Christian conference in another state, and details were being finalised. But at the end of one email to me were words to this effect: ‘Oh, we ask that our speakers only use the King James Version of the Bible. I hope that is OK with you.’

I emailed back with words something like this: ‘When I give talks, I do not speak to my audiences in 17th Century English. Nor do I read out Scripture in that way. The aim is to communicate, and that is a priority for me. I also use other versions, even sometimes using the Hebrew and Greek. I hope you are OK with that.’

I soon received a reply informing me that my services were no longer required. I assume the reason behind this bizarre situation was that these folks were part of what is known as the King James Version Only (KJVO), crowd. This small but oftentimes belligerent movement found in some Christian circles insists that only the King James Bible of 400 years ago is a reliable and accurate Bible to use. 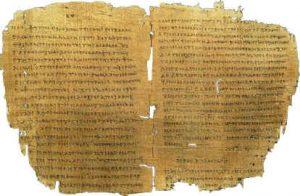 There is a spectrum here, from some sincere folks just strongly preferring the KJV and not using others, all the way to the wild extremists. This latter group believes that God in fact inspired the KJV of 1611, that it is perfect and without error, and that all other versions are of the devil.

Some of them have actually said that if you do not know English, yet desire to be a true Christian and understand the Word of God, you must first learn English and read the KJV only! Some even seem to think that it was the Bible the Apostle Paul used! Yes, sadly, such folks really do exist.

I have encountered way too many of them and know of too many horror stories about these folks. Some will actually say that you are NOT a Christian and you are going to hell if you do not read the KJV. These extremist folks, simply put, really are cultists and into a bizarre and unfruitful obsession. We must give them the widest berth possible.

But as I say, not everyone in this camp is so extreme. Lots of folks are well-meaning, but might be uninformed or ignorant about the very complex issues involved, and they will often just take at face value what some YouTube videos or less than reliable websites say, accepting them as gospel truth. They need some discernment and understanding here, and owe it to themselves and others to do some careful study on this.

A major reason why I am spending so much time on this issue (well over 8000 words), is because of all the damage, harm and unnecessary division this movement so often causes. I have personally witnessed this far too often. It grieves me greatly, and I believe it also grieves the heart of God. What Douglas Kutilek (in Beacham and Bauder) has said about the impact of this movement is worth quoting at length:

The influence of the King James-Only viewpoint has become widespread and strong. Unfortunately, the effects of this movement have often been highly destructive. Beside the strife and dissension that many organizations have faced, some groups have actually split over the issue. Many local churches have faced similar, unfortunate conflict and division. The King James-Only movement has spilled over onto mission fields, causing distress in national churches and alienating missionaries from each other. It has led some American missionaries to denounce reliable foreign language translations simply because those translations were not based on or did not always agree with the KJV. What is most unfortunate is that all of this schism is grounded in a belief that has no biblical basis: that the original autographs of Scripture have been perfectly preserved in a particular text, text family, or English translation. Accepting the tenets of the King James-Only movement has become a standard of orthodoxy for many people.

This is absolutely true, and sadly I have encountered this first hand – and far too often. I have actually had people who claimed to be my friends and brothers or sisters in Christ turn on me and break off all fellowship with me simply because I dared to differ with their unhelpful and mistaken views. Some even now see me as a heretic or worse!

So how do we assess these insistent and often raucous claims that only the KJV should be read and used by believers today? Because this discussion is so complex and large, the matter actually gets quite complicated. We are dealing with a number of important issues, including knowledge of the original languages, the science of translation, textual criticism, assessing manuscript evidence, and so on.

It is not my intention to get into a full-fledged discussion of everything here. Entire books have already been penned on this – even entire libraries. Even though I am offering a lengthy four-part article on this, the reader is advised to consider this to be just a very brief and sketchy overview. I hope all of you will look carefully at the many books and articles I recommend at the end of this article.

There are numerous words, terms and phrases that arise in these sorts of debates which most people may not be familiar with, so let me offer just some of the most-often used ones with a brief definition:

-Authorised Version (AV) = a common name for the King James Bible. Although said to be authorised by King James I (reigned in Scotland from 1567-1625, and as king of England from 1603-1625), this is somewhat misleading. Earlier Bibles such as the Matthew, Great and Bishops’ Bible were considered to be “authorised” by earlier kings, such as Henry VIII (reigned from 1509-1547).
-Text types = broad groups or families of Greek manuscripts, such as the Byzantine, the Western, the Alexandrian and the Caesarean.
-Textus Receptus (TR) = Latin for “received text,” the title given to the 1533 version of the Greek edition of Erasmus (originally done in 1516). While the MT and TR are similar, they are not the same. The MT differs from the TR in some 1800 places.
-Majority text type (MT) (or Byzantine text type) = a major text family which led to the Textus Receptus, and became the basis of the KJV. These are less old but more numerous Greek NT manuscripts.
-Alexandrian text type = older, fewer, and often more reliable Greek NT manuscripts.
-Autographs = the original texts of the Bible, now lost to us.
-MS = manuscript, singular, a hand-copied document.
-MSS = manuscripts, plural.
-Codex = a manuscript in book form (the earliest NT writings were on papyrus scrolls).
-Palaeography = “the science that studies ancient writing, preserved on papyrus, parchment, or paper, occasionally on potsherds, wood, or waxed tablets” (Bruce Metzger, 1981).
-Textual Criticism = “the study of copies of any written work of which the autograph (the original) is unknown, with the purpose of ascertaining the original text” (J. Harold Greenlee, 2012).
-Textual variant = “any place among the MSS in which there is variation in wording, including word order, omission or addition of words, even spelling differences” (Daniel Wallace, 2011).
-Critical text = what almost all recent versions follow, as opposed to the TR. “Critical is not a negative term but simply denotes the Greek text achieved by using the method of textual criticism to identify and eliminate copyist errors. Critical texts also provide footnotes identifying variant readings and their manuscript support so that students who know Greek can evaluate variants for themselves” (Fee and Strauss).

History and Proponents of the KJVO

Most of the main players here are Americans. But John William Burgon (1813-1888) was among the first to promote this. He was an English Anglican, and Dean of Chichester Cathedral. The KJVO view was initially articulated by Benjamin G. Wilkinson (1872–1968), a Seventh Day Adventist missionary, in the book Our Authorized Bible Vindicated (1930).

Other names could be mentioned here, ranging from the more scholarly Zane Hodges to the wilder and more reckless Jack Chick. But the entire concept is relatively new. Thus no one was really making a stink about all this until just this past century.

English Versions before and after the KJV

-Caedmon (a seventh century monk who died around 680), who offers us the earliest known English translation.
-The Venerable Bede (673–735), an English monk who translated the gospels into English.
-Alfred the Great (reigned 871-899), the English king and scholar who translated into English parts of Exodus and parts of Acts.

Predecessors to the KJV include:

-The Wycliffe Bible (1384), perhaps actually done by his secretary John Purvey, but he and his associates produced the first English translation of the entire Bible.
[-Johann Gutenberg invents the printing press (1450’s).]
[-Erasmus’s Greek New Testament, forerunner to the Textus Receptus used by KJV translators (1516).]
-Tyndale New Testament (1525), which was the first translation not done from the Latin text, as previous ones were.
-The Coverdale Bible (1535), largely based on Tyndale, the first complete printed English Bible.
-The Matthew Bible (1537), done by John Rogers, an associate of Tyndale.
-The Great Bible (1540), also prepared by Coverdale, based on the Matthew Bible.
-The Geneva Bible (1560), reflecting a Calvinistic orientation, it was done by English Protestant exiles under Queen Mary, and was the first English Bible to use chapter and verse numbers.
-The Bishops’ Bible (1568), a revision of the Great Bible by Archbishop Parker and his colleagues.
-Rheims Catholic English NT (1582), translated from the Latin Vulgate, the official Catholic Bible.

Many of the above works went into the making of the KJV. Today there are more Bible translations in English than in any other language. Now we have around 450 English translations of the Bible.

There are many KJV versions, editions or printings, but when a KJVO person comes along and you ask them which one they are referring to, often they are left speechless, not even being aware of the numerous versions of it. For example, three editions appeared very early on, with plenty more following:

Daniel Wallace examines some of these editions and many of the changes found in them in a lengthy article. He finishes it with these words: “All this is not to say that the KJV is a bad translation; I still think it stands as the greatest literary monument in the English language. And one can come to a saving knowledge of Jesus Christ reading the KJV just as one can get saved reading the NIV. But if one is seeking clarity and accuracy, a modern translation is much preferred.”

Part 2 of this article looks at various things including major manuscript families and how assessment of them can be made: billmuehlenberg.com/2018/05/07/the-king-james-only-controversy-part-2/

34 Replies to “The King James Only Controversy, Part 1”