History is full of surprises. That includes the big picture as well as the finer details. Nations can come and go. Nations can change. Sure, they often change for the worse, and many will disappear into oblivion. But sometimes a nation can actually improve, at least to a certain extent.

Consider Russia and Eastern Europe. After being under the shackles of one of the most horrific, bloodthirsty and dysfunctional political ideologies for some seven decades – godless communism – one would think almost anything would be an improvement. The fall of communism meant a lot of changes for a lot of nations. 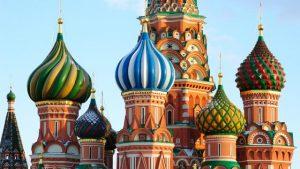 Many Eastern European nations are now becoming beacons of light in the darkness that is now modern day secular Europe. And Russia itself has in many ways been a pleasant surprise. I often wrote about it and Putin during the dreadful Obama years in the US: the two made for quite a contrast.

During the Cold War it was the free West in general and America in particular against the wretched Soviet Union and the Eastern Bloc. But under Obama we had every lousy thing happening, including pro-Islam, pro-homosexuality, anti-Christianity and anti-family policies taking place, while Russia was actually going in the other direction.

Most of these trends continue today, with many pro-family and pro-life initiatives and laws found in Putin’s Russia. Here are seven examples of this. Some are state initiatives and some are church initiatives. Taken together they offer some hope for Russia’s future.

They do not mean things are fully rosy in Russia. Many problems remain of course. But they seem to be encouraging efforts nonetheless. Let me just offer a headline, date and the opening paragraphs from each one:

The support system for individuals should be transformed into a family support system, Russian Prime Minister Dmitry Medvedev believes. In Moscow, on June 8, 2018, the Higher School of Economics held a conference titled, “State and Benefactors: Together with a Common Goal”. This conference brought together representatives from the government, and from non-profit charitable organizations, discussing how to establish more effective interaction with one another. Prime Minister Dmitry Medvedev gave the topic personal attention, and he took part in the plenary session of the conference. He said, “This is absolutely a normal phenomenon, for both the state and non-profit charity organizations to move towards a common goal.”

Fr. Alexander Aleshin, deputy chairman of the Russian Church’s Department for Charity and Social Service, proposed new effective support measures for large families. He said, “The stratification of society into the rich and the poor is a huge problem, having a political, social, and spiritual dimension. Of course, we will always have the rich and the poor with us, but it is important to reduce the gap between them. One of the most vulnerable categories is large families. So we propose to offer them help. . . . Measures to support large families will increase the birth rate.”

Some of the proposed measures are to:
-Tax families differently, depending on the number of children, the employment status of the parents, and other factors.
-Introduce a monetary allowance for every child in a large family. (Currently, there are already such allowances for the third and subsequent children in a family.)
-Revise the eligibility criteria for assistance, in relation to a family’s existing income and property.
-Develop measures to restructure the credit obligations of low-income families.
-Develop a system of guaranteed joint recreation for large families.
-Form a special federal targeted program to provide housing for large families: Reduce the mortgage rate to 0% for families with three or more children, and introduce subsidies for rental housing.
russian-faith.com/russian-government-proposes-financial-assistance-large-families-n1503

Since 2016, the Holiness of Motherhood group has been working to establish a new holiday in Russia. They want to designate June 1 as “Joyful Parents & Children’s Day”. In other countries, June 1 is already set apart for both International Children’s Day and Parent’s Day. Historically, back during the time of the Soviet Union, Children’s Day was first celebrated in Moscow. But in modern Russia, neither holiday is recognized at the federal level.
Significantly, on July 13, 2015, the Holy Synod of the Russian Orthodox Church established June 1 as an official feast day, celebrating the common memory of the holy spouses, Prince Dmitry Donskoy and Princess Eudoxia. These two saints were the parents of twelve children, and many historical sources say they exemplified marital love and fidelity.
russian-faith.com/news/russians-want-new-national-holiday-celebrate-traditional-family-n1467

President Vladimir Putin recently awarded a grant for a project promoting traditional family values among Russian teens and young adults. The grant was awarded in December, 2017, and the project involved more than 10,000 boys and girls from 102 different schools from the Tyumen region. They listened to talks about family, love, courage, and happiness, and they filled out questionnaires both before and after the talks, providing insight into their thoughts about Russian family life.

The teaching sessions went into detail discussing the importance of traditional marriage, the dangers of premarital sex, the problems with contraception, and the horrors of abortion. According to the questionnaires, 85% of the youth believe it is unacceptable for people to freely change partners, seeking sex outside marriage with no strings attached. The majority said that intimate relations are only permissible when there are long-term stable relations between partners. More than a third of respondents held to fully traditional values on this point, with 34% stating that sex is permissible “only after the wedding”.
russian-faith.com/family-values/ready-putin-gives-grant-teach-family-values-causes-surge-opposition-abortion

Putin says Russia Must Support the Family – the Future of the Country Depends on it
June 13, 2018

“Support for the family has been and remains one of the unconditional state priorities.” This was stated by Russian President Vladimir Putin at the awards ceremony for the Order of Parental Glory. “We need to increase the birth rate,” Putin said. He noted that this is “a reflection and continuation of the changes taking place in our country.” The President added that a parent who dreams of a large family needs confidence that their children will be able to access quality education, health care, and housing. “We consistently work in all these areas, and we will continue to do this,” the head of state assured.

He recalled that, in particular, the maternity capital program was extended. Since the beginning of 2018, mortgages have been subsidized for families in which second and third children were born. “I expect that the program to increase the availability of nurseries, which we are launching after a similar project for kindergartens, will also bring people the necessary results. . . . Active work on these areas will continue,” Putin said. The President stressed that parents with many children “have chosen for themselves a happy, grateful, but very difficult and responsible path that is full of inconvenience and suffering, demanding colossal devotion, patience, strength, and of course constant work on themselves.”
russian-faith.com/news/putin-says-it-priority-russia-support-its-families-n1489

Thousands of women throughout Russia have turned to Church-established humanitarian centers over the past year and a half, receiving material aid that gave them the stability to refuse the abortions they were contemplating. Church centers in 102 cities and rural settlements in 57 Russian regions were able to help 14,507 women since the beginning of 2017, saving the lives of their children, RIA-Novosti reports.

These numbers underscore the importance for the Church of not only preaching against abortion, but of putting that preaching into action, offering concrete help to those in need. While statistics have shown significant improvements in recent years, abortion remains a serious problem, sullying the nation.

Women finding themselves in difficult situations in life, intending to have an abortion, often repent of this decision when they receive financial assistance. According to Maria Studenikina, the head of the Russian Church’s Department for Charity’s anti-abortion movement and director of the “Home for Mothers” Moscow crisis center, about 27% of women who intend to have an abortion cite financial difficulties and an inability to support their child.

The scope of international treaties, of which Ottawa is a signee, does not allow for any “exceptions” or “flexible interpretation” of the principle that states the use of drugs must be limited to medicine and research, the Russian Foreign Ministry said on Friday after Canada’s “Cannabis Act” became law on Thursday.

Such “drug liberalization” will become a “serious obstacle” on the way to a drug-free society, it warned, calling on Canada’s fellow G7 members to stand up to its “arbitrariness.” “We expect, that Canada’s ‘arbitrariness’ will merit a response from its G7 partners, since this group has repeatedly declared its commitment to the rule of law in interstate relations,” the ministry added.

Last week, Canada became the second country in the world, after Uruguay, to make the use of recreational marijuana and its cultivation, including at home, legal. After both chambers of the country’s parliament voted to approve the bill, it was granted a royal assent by the governor general on Thursday. The Queen’s approval is a largely formal but necessary step to make a bill into a law.
www.rt.com/news/430754-russia-criticises-canada-weed-legalization/

Vladimir Putin loves the traditional family. It is so refreshing to see a world leader talk about family with such vitality, such dedication, such awe and respect. On national television, the Russian President said that Karl Marx, Friedrich Engels, and Vladimir Lenin were wrong in their theories about the traditional family. Putin says children need to experience the love of both a mother and a father.
russian-faith.com/family-values/ready-putin-trashes-marx-and-lenin-marxism-was-wrong-family-matters-n1450

That final example is really quite amazing. Things have changed indeed in this part of the world. As I said, please don’t get me wrong. Russia is not the promised land now. It still has many problems. Consider the issue of religious freedom. While things are so much better today than under the Communists, the real beneficiaries here are those of the Russian Orthodox Church, not surprisingly.

But things can be a bit different for Evangelical Protestants. See for example this piece from several years ago: www.christianitytoday.com/news/2016/june/no-evangelizing-outside-of-church-russia-proposes.html

And I am not saying that Putin is the messiah either. He, like any other leader, needs to be held to account, and one must keep a close eye on him. Also, most of these pieces come from the Russian Faith site which I do not know too much about. They could well be biased. But of course most sites are to some extent.

So if even a good part of this is true, it seems to be pointing in the right direction. Russia may be doing much better than most Western nations in many of these areas. They may offer the West some hope, and prove to be a beacon in a very dark time.

13 Replies to “Faith, Family and Freedom in Today’s Russia”