At the very heart of Christian theology is the notion of the triune God, and the idea of the deity of Christ. Both these doctrines – properly understood and explained – have always been at the centre of Christian orthodoxy. Indeed, they help to delineate orthodoxy from heresy.

Most of the cults and heresies over the centuries have gotten these matters wrong. So anyone seeking to be a faithful Christian, true to the biblical witness, must know something about these core biblical teachings, and must be able to promote and defend them. 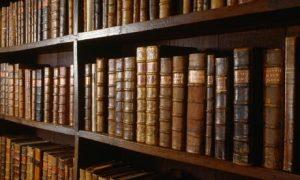 Yet I suspect that the great majority of believers in the West today would know little or nothing about these most basic of biblical beliefs, and would flounder if pressed to explain them and champion them. Thus if a cultist such as a Jehovah’s Witness came along, or if a Muslim with his distorted views showed up, attacking the notion of the Trinity and the deity of Christ, I fear most believers would be ill-equipped to face the challenge.

So we must do our homework here. Paul insisted that we ‘study to show ourselves approved’ (2 Timothy 2:15). He also told us to not allow ourselves to be ‘blown about by every wind of doctrine’ (Ephesians 4:14). And he often warned against false teachers and false doctrines creeping into the church.

It is incumbent upon all believers to do some study here. In theory, their pastors and priests should be offering good theological teaching from the pulpits, but sadly many do not. So Christians need to become disciplined, and perhaps put off some laziness, and carefully study these vital biblical truths.

For the most part, the volumes listed here are somewhat newer volumes which are penned by evangelicals or conservatives. Thus older classics are not featured here, nor are works by theological liberals, and so on. There are 30 books on the Trinity and 62 books on Christology. They should keep you busy for a while!

Note: there are countless books about God and who he is which I do not include here. And there are plenty of systematic theologies which also devote meaty chapters to the issue of the Trinity which I recommend folks make use of. So the books featured here are only a small sampling of some of the better, more recent, and more specific works on the Trinity.

Note: Once again, there are countless book on Christ. I offer only two groupings here: general works about Christ, and books about the person of Christ. Other issues, such as on the work of Christ, the resurrection, etc., are not included here.

Christology – The Person of Christ

With 92 books featured here, some might feel a tad overwhelmed. If you want some help here as to where to begin, maybe I can just mention a few authors who tend to be helpful and consistently good on these issues: Bird, Bock, Erickson, Hurtado, Keener, Letham, McGrath, Sanders, Stott and Wright.

6 Replies to “What to Read On the Trinity and Christology”