As always, Christians must think carefully, clearly, and above all biblically, about all things. We must use our minds for the glory of God as we deal with the pressing issues of the day. A solid biblical worldview must inform our thinking and decision-making in all areas.

As I wrote in an article yesterday, we must, as the Apostle Paul commands us, ‘study to show ourselves approved unto God’. And as an aside to this, just a few hours after I posted that article, I was reading about the life of John Newton, author of the famous hymn, “Amazing Grace”.

His was indeed an amazing story. When he became a Christian, he took a crash course on self-education. As John Piper puts it, he “devoted himself to a rigorous program of self-study and applied himself to Greek and Hebrew and Syriac”. He also “was reading ‘the best writers in divinity’ in Latin and English and French (which he taught himself while at sea).” 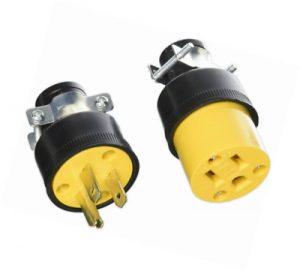 Remember folks, he used to be a slave ship captain! If someone like him could be that disciplined and studious, what is our excuse? But back to my main point. We must think biblically about all things, and that includes the whole issue of homosexuality.

From a biblical point of view, all of humanity is made in God’s image. We share with God things like intelligence, volition and emotion. But since God is a spirit, without gender, we are quite different from him in that sense. We are embodied spirits, and we are either male or female. We were created as heterosexuals.

How are we to understand and assess this sort of claim? Yes, our identity is in Christ once we become a Christian. He is our focal point and he is the one who we aim to become more and more like. So yes, in one sense they are quite right: Christ is our all in all, and we seek to fully identify with him.

But does that mean we lose our gender, and how we were originally made to be? We are still human beings made in the image of God when we come to Christ. So the way God originally made us does not just disappear when we become Christians: it is affirmed, strengthened and redeemed.

Of course the Fall has radically impacted all of this. Now everything about us as God originally designed as being good is out of whack. Thus we not only all have an orientation or predisposition away from God and godliness – what theologians call “original sin” – but we can have all sorts of other short-comings and abnormalities, including same-sex attraction.

However it is not so much a case of being born-that way, since most folks have had early childhood experiences that helped to push them in that direction. Those who work with people wanting out of their same-sex attractions report that overwhelmingly this is the case as to how they became involved in the homosexual lifestyle.

So we can say that both nature and nurture impact us here. Because of the Fall, all of us have orientations AWAY from God and TOWARD self. We all are NOT the way we were originally meant to be as part of God’s GOOD creation. Thus some folks may be born with a disposition to over-eating, or anger, or attraction to those of the same sex. And their upbringing and environment can have much to do with this as well.

But when we come to Christ we start to overcome and have victory over these wrong and harmfull orientations, desires and leanings. We start to become all that God intended us to be. And that certainly means becoming more like Christ, but it does not mean we cease to be heterosexual in nature.

As Lisa Nolland from the UK reminds us, “Christians must fully re-engage with both Genesis and Jesus across issues of human sexuality. Who is immune from the damage of sexual brokenness? But here, to note, homosexuality is not an equivalent to heterosexuality: The former is post-Fall while heterosexuality is God-made and God-given. Our very bodies (with a tiny exception for intersex) are heterosexually designed. There is no such thing as a gay body!”
anglicanmainstream.org/born-gay-is-dead/

Or as Stephen Black puts it in his new book, Freedom Realized:

Heterosexuality is an innate created biological fact, and therefore cannot change. This is simple Biology 101. Any orientation idea given to us by modern psychology does not change the truth that we are created human beings, male and female at every level —Imago Dei. Being human and under the curse of original sin, however, we have distorted attractions and engage in sinful behaviors. Humanity is fallen and, as fallen human beings, the orientation we have is a sinful orientation, not a sexual orientation. Stated simply, homosexual behavior and other sexual orientations outside of God’s created divine intent for human sexuality, are sinful.

See my review of his important book here: billmuehlenberg.com/2018/06/03/a-review-of-freedom-realized-by-stephen-black/

However, several passages can be raised which seem to push us in a different direction. For example, at this point someone might bring up Galatians 3:28, which speaks about there being neither male nor female in Christ. But that does NOT mean gender disappears, we become sexless beings, or we lose our genitalia once we are saved.

I have looked at this verse more closely in my 2011 book Strained Relations, so let me share a bit of that here:

This is not to suggest of course that all distinctions somehow magically disappear in Christ. It is not as if men and women lose their distinctive genitalia for example. Very real differences still exist, but our oneness in Christ becomes paramount. As Ben Witherington comments,

“Gal. 3:28 has sometimes been called the Magna Carta of Humanity and there is a sense in which that label is apt, but it is also well to be aware that Paul is not suggesting here the obliteration of the distinctions he mentions in this verse, but rather their redemption and transformation in Christ. The new creation is the old one transformed and transfigured. These ethnic, social, and sexual distinctions continue to exist but in Christ they are not to determine one’s soteriological or spiritual or social standing in the body of Christ.”

It is clear that Paul here says nothing about sexual lifestyles. He could have if he so chose, but he did not. As Paul Copan remarks, “Scripture clearly affirms the equality of all individuals – blacks, women, slaves – because they are God’s image-bearers. The same doesn’t hold true for sexual relationships.”

William Webb has written an entire volume on the issue of slaves, women and homosexuals. He carefully demonstrates how biblical texts concerning the first two groups “move in a less restrictive or freeing direction relative to their original culture. . . . On the other hand, homosexual texts move in a conservative or restrictive direction relative to the original culture.”

As to the Galatians passage, an examination of it shows that it “has nothing to do with the breaking down of social stigma concerning homosexuals, on either an exegetical level or in terms of extrapolated implications for subsequent generations.”

The other passage that some might wish to raise here is Matthew 22:30 which says, “For in the resurrection they neither marry nor are given in marriage, but are like angels in heaven.” This is also found in Mark and Luke. Jesus had just been asked about a woman with more than one husband, and how things would stack up for her in the next life.

Jesus said that marriage will no longer be found in heaven. Does that mean male and female also disappear there? Jesus only said that in heaven there will be no marriage, but he said nothing about male and female. Thus it is not at all clear that we will be sexless in heaven.

But let me bring some New Testament scholars into the discussion on this passage, and run with a few of their remarks. As to the issue of recognising others in heaven, D. A. Carson offers this comment: “Marriage as we know it will be no more. . . . Some have concluded from Jesus’ answer that in heaven there will be no memory of earlier existence and its relationships, but this is a gratuitous assumption.”

And some aspects of marriage at least will no longer be required. John Nolland says this, “Presumably it will still not be good for man to be alone (Gn. 2:18), but the unitive function of marriage will not in the resurrection require the exclusivity that is proper for it in the present age.”

And all relationships will be closer, more intimate, and more real in the next life. As Grant Osborne puts it, “There will be a new set of relationships in eternity, one in which husbands and wives will be closer to one another (and to all God’s people) than they were in this life!”

While many questions remain as to how exactly life in the next world will be, we find nothing in these words of Jesus about gender disappearing, or heterosexuality becoming completely obsolete. But leaving aside speculation about the life to come, we do have enough biblical material on this life to know that God’s design for humanity has always been heterosexual in nature.

Sure, our ultimate identity as Christians is Christ, but that does not mean the complementarity of the sexes as God originally created is of no significance. What he made way back then was – and still is – good, and we should affirm his good creation, and not celebrate and promote any abnormalities or perversions due to the Fall.