I had intended for a while now to write a piece on all the ‘good’ that socialism has done for Venezuela. Four days ago that finally happened, and the article is now on my site. What I had not intended was to write four pieces in a row on socialism. But with so many folks once again thinking that socialism is our only hope for the future, it has been worthwhile to remind them of a few inconvenient truths.

Thus I also wrote about Scandinavian ‘socialism,’ and the claim that Jesus was a socialist. Here I want to look a bit further at how biblical Christianity differs from socialism in particular and leftism in general. And to do that I want to bring an expert witness to the bench. 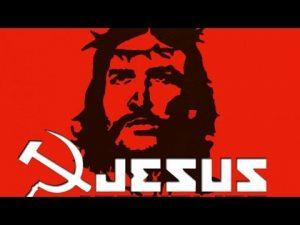 One very important thinker that I have long appreciated is American Christian philosopher and natural law theorist J. Budziszewski. I have most of his books and have always found him to be extremely helpful in thinking Christianly about so many crucial areas.

Let me offer a quick bio of him. Although raised by Christian parents, Budziszewski abandoned all that in his youth, becoming a nihilist, a devotee of Nietzsche, and getting heavily involved in radical politics in the late 60s and early 70s. But a conversion to Christianity put an end to his radicalism and atheism.

He now is a professor of government and philosophy at the University of Texas, Austin. He has written a number of very important books on Christian apologetics, ethics, political philosophy, and natural law tradition. Here I want to draw from just one of these works: his 1999 volume, The Revenge of Conscience: Politics and the Fall of Man (Spence Publishing).

In his book he has a chapter on “The Problem with Liberalism.” Since liberalism in large measure is all about increasing the powers of the state to theoretically bring about certain good ends, the issue of socialism of course arises. So let me look at what he says about such matters in this incisive chapter.

Many also construe the Jeffersonian right to pursue happiness as a right to be made happy by the government. Propitiationism corresponds to a style of politics in which innumerable factions, both organized and unorganized, compete to become government clientele, fighting not only for shares of the public purse (such as grants and loan guarantees) but also for governmental preferences (such as trade barriers and racial quotas) and for official marks of esteem (such as multiculturalist curricula and recognition of homosexual unions). Of course, in a representative system every government functionary, whether liberal or not, finds it difficult to resist group pressures. Propitiationism, however, reinforces the habit of giving in by making capitulation a moral duty.

And he reminds believers how to rightly understand the Golden Rule: We are speaking of

what in Christ we would have others do unto us—to minister to our godly needs, not to our foolish or sinful wants. Unto others we should minister in the same way. It follows that keeping the Golden Rule may even mean saying “No” or suggesting a better way. Jesus instructs us to feed the poor, and so we should; but Paul says to the church at Thessalonica, “For even when we were with you, this we commanded you, that if any would not work, neither should he eat.”

According to this notion I may take from others to help the needy, giving nothing of my own; according to Christianity I should give of my own to help the needy, taking from no one. We might call expropriationism the Robin Hood fallacy. Today, the expropriationist is usually a propitiationist too, confusing the needy with some subset of the merely wanty. So we are speaking of a style of politics in which the groups in power decide for us which of their causes our wealth is to support, taking that wealth by force.

Many Christians seem to miss the point, thinking that expropriation is wrong just because the wrong groups are in power, choosing the wrong causes for subsidy. This is where the horror stories are offered, and horrible they are: of subsidies to promote abortion, subsidies to photograph crucifixes in jars of urine, subsidies for all sorts of wickedness and blasphemy. But expropriation would be wrong even if each of its causes were good. Consider the following progression:

If the first is theft, it is difficult to see why the other four are not also theft. Expropriation is wrong not because its causes are wrong, but because it is a violation of the Eight Commandment: Thou shalt not steal.

If government were to end its subsidy of good causes, wouldn’t these good causes suffer? Not necessarily; they might even thrive. Marvin Olasky has shown in The Tragedy of American Compassion that government subsidy itself can make good causes suffer, for in taking money by force one weakens both the means and the motive for people to give freely. Not only that, government usually distorts good causes in the act of absorbing them.

Leftists – whether of the Marxist variety or not – always go on about the perfectibility of man, of bringing heaven to earth, of creating the new man, of perfecting society, etc. This is another error of political liberalism – perfectionism. He writes:

According to this notion human effort is adequate to cure human evil; according to Christianity our sin, like our guilt, can be erased only by the grace of God through faith in Christ. Perfectionists also think the cure can be completed in human time. Some even believe it can be arranged for whole societies at once. By contrast, the faith teaches that God must start over with each person, and that although guilt is erased immediately, the cure of sin is not complete until the next life.

Perfectionism is rich in consequences. The war to end all wars that ushered in a century of wars, the war on poverty that spent trillions of dollars but left poverty untouched, the war on unhappiness that enriched assorted gurus while rates of suicide soared, these are but its nuts and berries. According to the faith, its final fruit is unending darkness. Yet though emptied of Hope, perfectionism is full of hopes. “Man is at last becoming aware that he alone is responsible for the realization of the world of his dreams, that he has within himself the power for its achievement”; “Humans are responsible for what we are or will become. No deity will save us; we must save ourselves”; “Man sets himself only such problems as he is able to solve.” Statements like these were once considered extreme; the first and second are from the Humanist Manifestos, the third from Karl Marx. Yet today such sentiments are the boilerplate of liberal speechmaking. Remember Mr. Clinton’s misquotation from Paul and Isaiah: “No eye has seen, no ear has heard, no mind has imagined what we can build,” he prophesied.

A classic example of this is Hillary Clinton’s claim that ‘it takes a village to raise a child’. But this is simply leftism in action: taking rights away from parents as more and more authority is given to the state. Says Budziszewski:

“Every child is my child,” the pious drowsily respond. Of all these deceptions the language of “children’s rights” is the most brilliant—and also the most daring, for in no imaginable world would children be competent to exercise their “rights” themselves. The primary decision maker in the life of a child must always be, and always is, someone else: if not parents, then the state. So, although most rights limit the reach of the government, so-called children’s rights increase it. They do nothing to empower children; they only empower mandarins.

The tendency of leftists and socialists to look to the state as saviour, and see all problems solvable by more government involvement is a perennial problem. Sure, misguided conservatives can sometimes err in the opposite of direction and end up as hard-core libertarians, arguing that all government is bad.

The extreme forms of libertarianism on the right can easily merge with anarchism on the left. However, for the biblical Christian, both statism and anarchy are to be rejected. God did create government, and there is a role for it in a fallen world. But the conservative and/or biblical Christian knows that utopia is not found via more government power and control.

As history so very clearly demonstrates, the opposite is the case: the bigger the state, the smaller the individual. Human flourishing and freedom both wither under the ever-expanding state. Thus the Christian does not argue for no state, but rather a limited state. And that is why he also rejects statist socialism, since it relies on the coercive machinery of big government to achieve its aims.