They are falling like flies. For various reasons, Christians, Christian leaders, Christian schools, Christian churches and Christian denominations are abandoning the biblical witness found throughout Scripture concerning human sexuality and running with the world’s godless and immoral agenda. Go figure.

As more and more capitulate to the homosexual and trans agendas, the name of Christ is being dragged through the mud. These folks are in effect telling us that the Word of God is mere good advice, and is not binding on us any more than some Mexican cook book is.

If the world says we must celebrate all sorts of sexual perversions and distortions, these compromised believers will go right along with it. Forget biblical teachings on such matters and go with the worldly flow. But why do some Christians and Christian institutions head down this path? 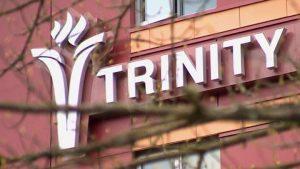 Some simply no longer believe the Bible. Some just want to be people-pleasers. Some prefer to be seen as being trendy and inclusive instead of biblical. Some have just lost the will to stand for Christian truth, and have simply given up. Some actually prefer to receive government funding, even if that comes with a price tag of compromise and capitulation.

I have come across all these lame excuses and more over the years. For example, I have known of Christian politicians over the years who have either voted in decidedly anti-Christian directions on various bills and policies, or simply abstained from voting altogether.

When pressed as to why they took such a course, the usual reply is something like this: ‘Well, I need to remain in office and in the party to make a difference, so sometimes I have to pull back or soften my stance on things to ensure I can stay there.’ To which the obvious reply is, ‘But if you are going to wimp out or compromise every time some key vote or issue arises, then what is the good of having you there in the first place?’

Also, I have been involved in various pro-family coalitions over the years in which some of the Christian groups pulled out when discussions about things like marriage, family and homosexuality arose. Why? Because they did indeed suck on the government teat, and evidently decided that getting state funding was far more important than being true to Scripture.

And we all know of churches and pastors and leaders who never will speak up on the things that matter, such as the sanctity of life, and God’s plan for sexuality and marriage, because they just don’t wanna rock the boat. They above all do not want to see a dip in the weekly offering. Better to keep the money flowing in than lay a hard word on the congregation.

So we see Christians caving in all the time, and for all sorts of reasons. And the latest sad example is from a Christian school in Canada. Trinity Western University has made a major change, and students are no longer required to sign a “Community Covenant”.

On page two it says TWU community members should commit themselves to “observe modesty, purity and appropriate intimacy in all relationships, reserve sexual expressions of intimacy for marriage, and within marriage take every reasonable step to resolve conflict and avoid divorce.”

On page three it says community members should abstain from “sexual intimacy that violates the sacredness of marriage between a man and a woman”. And on page four it says this: “Further, according to the Bible, sexual intimacy is reserved for marriage between one man and one woman, and within that marriage bond it is God’s intention that it be enjoyed as a means for marital intimacy and procreation.”

So what gives here? Why the change? Let me provide a bit of background. The university was established in 1962 and now has some 4000 students. It is located in Fort Langley, British Columbia, and is Canada’s largest privately-funded Christian university.

Some problems arose earlier this decade however. In 2012, the University sought permission to establish a law school. Approval was given late in 2013. However, protests soon arose because of its policy on sexuality. It was claimed that homosexuals, lesbians and unmarried couples were being discriminated against by the school.

Late in 2014 the BC Education Minister revoked the province’s approval of the school at Trinity. And in June of this year the Supreme Court of Canada upheld this revocation. At the time TWU said the ruling “diminishes the value of pluralistic diversity in Canada.”

The statement continued, “In a very long complex ruling, with four sets of reasons, eight of nine judges agree that TWU’s religious freedom is violated but the majority still uphold the law societies’ decision not to approve the law school. The court ruling constrains TWU’s quest to establish a law school and offer 60 new law school seats to Canadian students.”

That was a very dark day indeed for religious freedom in Canada. What would have been Canada’s only Christian law school was denied the chance to get off the ground because it simply adhered to basic Christian teachings on human sexuality.

As commentator Michael Brown said back then:

On a more personal, individual level, what happens to all the law students at TWU? What happens to those who spent years studying and invested tens of thousands of dollars in getting a law degree, only to be banned from practicing law in Canada because their school holds to Christian values? What about the significant harm experienced by them?

Honestly, I don’t know where TWU goes from here. And I don’t know how the believers in Canada will respond. But I can say this to my friends and colleagues and fellow-educators and communicators here in America: We either use our liberties or lose them. We either stand fast and stand tall and stand strong, or we cower in a corner. We either do what’s right today, or we apologize to our children tomorrow. It’s time to push back. What will you do?
townhall.com/columnists/michaelbrown/2018/06/16/canadas-supreme-court-rules-against-the-bible-n2491315

Well, many are now saying this is where TWU has gone: instead of fighting back, it seems to be caving in. Instead of holding strong to core Christian values, and requiring all students to adhere to them, it seems to have taken the easy way out and done a full retreat.

And that is how most folks are reading this: biblical values out, sodomy in. Consider what one lesbian said after the ruling:

Megan Jespersen, who graduated from TWU in 2005, said her hands were shaking with excitement when she heard the covenant would no longer be mandatory for students. She didn’t realize she was queer when she entered university as a 20-year-old, and says the agreement just amplified the shame she felt as she came to terms with that identity.

“What it created within me was a mistrust of my own heart,” Jespersen said. “That was one of the most traumatizing parts of that whole experience for me. I learned not to trust my heart because I felt that my heart was betraying me.” But the thrill she experienced when she heard Tuesday’s news was tempered when she learned that faculty and staff would still have to sign the covenant.
www.cbc.ca/news/canada/british-columbia/trinity-western-drops-mandatory-student-covenant-banning-sex-outside-straight-marriage-1.4784924

Um earth calling Megan. Forget your heart – the Bible says it is desperately wicked. But she and many others understand fully what this decision really means. Now students can presumably live like the devil, and TWU will not be too bothered about it.

And the TWU statements on this seem to confirm all this. Whenever you hear weasel words like “inclusion” and “diversity,” you know it is time to head for the hills. But that is just what we find the TWU heads proudly saying:

“In furtherance of our desire to maintain TWU as a thriving community of Christian believers that is inclusive of all students wishing to learn from a Christian viewpoint and underlying philosophy, the Community Covenant will no longer be mandatory as of the 2018-19 Academic year with respect to admission of students to, or continuation of students at, the University.”

Further to this resolution, the University will actively work to determine ways in which our Christian identity, Mission and ministry can continue to be strengthened, communicated and better lived-out in the context of the TWU community – while simultaneously welcoming and affirming the unique value of each member of our diverse student body.
www.twu.ca/twu-revisits-community-covenant

Hmm, so does all this mean that they can now reapply to get their law school established? Is that what this is all about? It sure looks that way. If so, it will simply be a case of selling one’s birthright for a bowl of porridge. What is the point of having a Christian law school up and running if it does not even think that the biblical position on sex and marriage is worth anything?

You might as well just be a pagan law school in that case. It really serves no useful purpose in terms of a biblical witness and worldview. It is just another institution doing its thing. Yes I know, the folks at TWU are playing down any connections with this and the law school.

Well, time will tell, and I am happy to be proven wrong here. But we may soon see another push to get the law school approved. I think most folks will see a connection between these two things. And if that is the case, we have yet another example of capitulation, compromise and carnality – even for what might be seen as a good cause.

But in my books, we should forget about having a Christian law school if Christian morality is no longer a foundational part of it.

16 Replies to “There Goes Another One: Rainbow Capitulation”