As with so many of the passages I deal with in this series, this particular verse is not so much difficult as it is badly handled by many folks. There is plenty of fuzzy, irrational and downright nonsensical thinking associated with this word from Jesus.

For those still wondering what it says, it is this: “And call no man your father on earth, for you have one Father, who is in heaven.” The context here is the seven woes that Jesus applies to the Scribes and Pharisees in Matt. 23. So how are we to understand this?

Let me begin by how we should NOT understand it. And a classic example of this occurred just today. I had earlier written a piece on the importance of fathers to highlight Father’s Day, and I posted a link to it on the social media. No sooner had I done that, when some guy posts this verse as a comment under it! I kid you not. 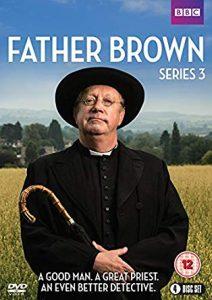 I can only assume he was being deadly serious here. Good grief! So did Jesus really mean we can never say the word ‘father,’ or at least never call anyone father – ever? To see just how silly this is, one simply needs to do a quick check of a Bible concordance.

Plenty of online Bible programs such as BibleGateway have all this available at the push of a button. They list 1622 times the word ‘father; is used in the ESV! As can readily be seen, the term is used often of people on earth, and there is no problem in doing so.

Just a few of these 1600+ usages can be mentioned here. David reverentially refers to Saul as “my father” in 1 Sam. 24:11. The psalmist speaks of human dads in Psalm 103:13, comparing them to our heavenly father: “As a father shows compassion to his children, so the Lord shows compassion to those who fear him.”

In Proverbs 20:20 we are told this: “If one curses his father or his mother, his lamp will be put out in utter darkness.”
Isaiah refers to Adam as father (Is. 43:27): “Your first father sinned, and your mediators transgressed against me.” Yahweh says to Jeremiah, “I am a father to Israel, and Ephraim is my firstborn” (Jer. 31:9).

And of course the last great word of promise found in the Old Testament – one which refers to Christ and his coming – is Malachi 4:6: “And he will turn the hearts of fathers to their children and the hearts of children to their fathers, lest I come and strike the land with a decree of utter destruction.”

It is the same in the New Testament. To begin with, we have of course the term ‘father’ used numerous times in Matthew’s and Luke’s genealogies. When a disciple wanted to bury his father first before following Jesus in Matthew 8:20-22, he was not upbraided by Jesus for using that word, but he was admonished to count the cost of discipleship.

Paul calls Abraham “our father” in Romans 4:12, and calls him “the father of many nations” in Rom. 4:17, etc. In 1 Corinthians 4:15 Paul says, “For though you have countless guides in Christ, you do not have many fathers. For I became your father in Christ Jesus through the gospel.”

Or as we read in 1 Thessalonians 2:10-12: “You are witnesses, and God also, how holy and righteous and blameless was our conduct toward you believers. For you know how, like a father with his children, we exhorted each one of you and encouraged you and charged you to walk in a manner worthy of God, who calls you into his own kingdom and glory.”

On and on I could go. So the word is used all the time in both Testaments. If it were inherently wrong to refer to anyone as father, then God himself was quite amiss to have given us the Fifth Commandment which says, “Honour your father and your mother” (Exodus 20:12).

OK, so just what did Jesus mean then? As always, reading the entire context is obviously going to be useful here. Just consider verse 10 which immediately follows: “Neither be called instructors, for you have one instructor, the Christ.” The term is also often rendered “teachers” in various English translations.

And it too is used all the time in Scripture. The early church spoke highly of the teachers in their midst, as we find in Acts 13:1 “Now there were in the church at Antioch prophets and teachers, Barnabas, Simeon who was called Niger, Lucius of Cyrene, Manaen a lifelong friend of Herod the tetrarch, and Saul.”

Paul asks in 1 Cor. 12;29, “Are all apostles? Are all prophets? Are all teachers? Do all work miracles?” An overseer must be able to teach (1 Tim. 3:2). God gave teachers to the Body (Eph. 4:11). And we might as well add a verse in which both terms are more or less used together: “Hear, O sons, a father’s instruction, and be attentive, that you may gain insight” (Proverbs 4:1).

So there is nothing wrong with calling someone a father, or a teacher, or instructor. The simple point Jesus was making was he wanted his followers to stay humble. He was referring to elevated titles not being used for his disciples. Just as verses 5-7 in Matt. 23 warn against pretentious public displays of piety, so too here.

It is the attitude that goes with it that matters. The Scribes and Pharisees took great pride of course in their ostentatious public displays, and they loved to be seen among men and to receive their praises. Not so for the follower of Christ, Jesus warns. They are to go down a much different path.

Becoming a rabbi or teacher was considered to be a really big deal back then for male Jews. Christ followers are not to be so concerned about their public image and the praise of men. As Michael Wilkins comments:

The ultimate authority within the community of disciples is Jesus, which eliminates the struggle for authoritative teaching positions among his followers. They are brothers of one family, all of who are equal in status. . . . Jesus warns against elevating religious leaders to a place where they usurp God the Father’s prominence. This allows Jesus’ followers to leave behind wrangling about prominence.

If you love to be exalted, if you love to have lofty titles applied to you, you are not walking as a disciple of Christ – in humility and as a servant. Matt. 23:5-8 makes it clear that this is how the Scribes and Pharisees operated:

They do all their deeds to be seen by others. For they make their phylacteries broad and their fringes long, and they love the place of honor at feasts and the best seats in the synagogues and greetings in the marketplaces and being called rabbi by others. But you are not to be called rabbi, for you have one teacher, and you are all brothers.

So this is the whole point of what we find just a few verses later: the marked contrast between the crowd-pleasing and attention-seeking false teachers and religious leaders, and the true, humble servants of Christ. Bear in mind that the word ‘Rabbi’ means not only teacher but master.

But for the Christian there can be only one master: Jesus. Only Jesus should be exalted, not a mere human teacher or pastor or church leader. That is the point Jesus was making here. Matt. 23:11-12 should make all this crystal clear: “The greatest among you shall be your servant. Whoever exalts himself will be humbled, and whoever humbles himself will be exalted.”

As James Montgomery Boice puts it, the teaching of Jesus “was a reversal of the Pharisees’ desire for themselves. They wanted to be thought important and to be praised by the people for their religious achievements. But Jesus said that his disciples were to be self-effacing and humble, even to the point of declining titles….”

Not at this point some Protestants will want to jump in and denounce Roman Catholicism because of all this. There may well be something to this – however, we must keep in mind that there are plenty of Protestant church leaders who happily take on honourific titles for themselves as well.

Let me conclude by allowing two Protestants to speak to this matter. The first is American pastor Douglas Sean O’Donnell. In his lengthy expository commentary on Matthew he says this:

I think the title pastor is a good title, for it means shepherd. (There’s nothing lofty about that.) I think the title senior minister is fine too, if we understand what we are saying. Senior minister is another way of saying top servant. It reminds me of Gregory the Great’s title for the bishop of Rome – “The Servant of the Servants of God.” That’s a long title, but not a lofty one. The issue is not so much whether we give certain people titles within the church. It is more whether such titles are used to confer special privilege or status.

That at any rate is the theory, which I quite agree with. Whether it always works out in practice is another matter. Secondly, I think the American New Testament scholar Craig Blomberg perhaps says it best here:

There is thus nothing inherently wrong with the Roman Catholic use of “Father” for priests or with the Protestant “Reverend” for ministers or even with the academic “Doctor” for people with certain degrees. But one wonders how often these titles are used without implying unbiblical ideas about a greater worth or value of the individuals to whom they are assigned. One similarly wonders for how long the recipients of such forms of address can resist an unbiblical pride from all the plaudits. It is probably best to abolish most uses of such titles and look for equalizing terms that show that we are all related as family to one Heavenly Father (God) and one teacher (Christ).