And then we have September 7, which is National Threatened Species Day in Australia. As one write-up states, “Threatened Species Day was declared in 1996 to commemorate the 60th anniversary of the death of the last remaining Tasmanian tiger (also known as the thylacine) at Hobart Zoo in 1936.” 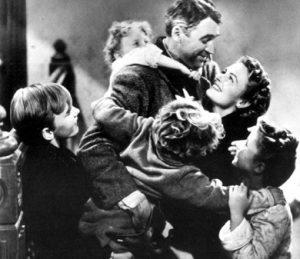 Because of various militant activist movements of the past decades such as radical feminism, cultural Marxism, the homosexual agenda, and now transgenderism, the father is quickly becoming a threatened species. All these revolutionary movements are waging a concentrated war against dads.

Of course with the trans lunacy growing by leaps and bounds, it is not just fathers, but all sorts of other things that may well soon be extinct: mothers, children, gender, biology, and reality itself are all under massive threat. Now all these things are very much at risk.

To see how utterly bizarre and insane this is, just imagine telling someone a century ago that you would eventually have to defend things like the traditional family, or even the notion of there being two sexes. People would have thought you were mad if you insisted back then that one day all this and more would come under massive attack by radical ideologues.

Sadly this is where we are now at. I have often compared this to having to defend something as obvious and self-evident as eating or breathing. Um, these sorts of things are simply something that everyone just DOES, and there is no need at all to defend them or stand up for them. At least there SHOULD not be any need for this.

But until recently that was where we were at with the basic institutions of marriage and family, and things like male and female. They were just givens which pretty much everyone accepted and expected. One no more had to go to the trenches in defending male and female than in defending the necessity of breathing – just do it.

However we now live in the most radical and revolutionary of times, where everything is coming under assault, and all former verities are being challenged as being outdated, repressive, bigoted, discriminatory and so on. Nothing is safe anymore, and the endangered species list continues to lengthen.

I fully expect that real soon I will have to give an account of myself, and defend the fact that I breathe. How dare I assume that everyone is a breather? How can I be so bigoted? How dare I impose my outdated beliefs on everyone else? Why am I such a dinosaur to hold to such a narrowminded and outdated concept? I need to repent for being a breathophile!

That is exactly where we are now at in the marriage wars, the family wars, and the gender wars. Everything is up for grabs and there is no normalcy to any of it. There is no truth, there is no reality – we are just making things up as we go along.

That of course is always a dangerous place to be in, and it simply will keep spiralling out of control until civilisation itself becomes another thing on the list of what has become extinct. Or people will hopefully begin to wake up to all this madness and start fighting back, reclaiming normality, reality and basic biology.

And some have woken up. Today we have a number of groups and movements to defend what was until recently just assumed and enjoyed. Now we have to defend fathers and the very concept of fatherhood. Now we actually have to stand up in public and restate the obvious – in this case, that dads are vitally important.

In Australia one key group working with this threatened species is the Fatherhood Foundation. Founded by Warwick Marsh, who is a superb father and grandfather, this is one of a number of key groups which now sadly have had to come into existence, simply to defend dads and the notion of fatherhood. You can see their site here: www.fatherhood.org.au/

They do an excellent job in so many areas. But if you go by much of the intelligentsia, the mainstream media, most of academia, and too many politicians, they will be seen as harmful, reactionary, and even dangerous. They will be painted as blocking progress and obstructing justice – all because they dare to claim that dads matter.

Their site is well worth looking at, as it contains heaps of terrific and very helpful resources. Even those who are not dads will find so much of use there. Let me highlight just one resource. Some years ago I helped them prepare a research paper documenting the very real benefits of fathers, and the very real harm children experience with father absence. www.fatherhood.org.au/resources/FACTS-ON-FATHERLESSNESS.pdf

The document opens with the following:

Fatherlessness is a growing problem in Australia and the Western world. Whether caused by divorce and broken families, or by deliberate single parenting, more and more children grow up without fathers. Indeed, 85 per cent of single parent families are fatherless families.

It demonstrates the tremendous value of fathers, and how children suffer in their absence. It looks at how fatherlessness increases poverty and lowers educational performance. It documents how fatherlessness also greatly increases the likelihood of these things happening: crime, sexual problems, drug abuse, and physical and mental health problems.

As the evidence makes perfectly clear, fatherlessness and family breakdown are major social problems of our society. Sure, single parents need all the help they can get, and if a dad has died or deserted a family, then single mothers really need real support and assistance.

They are doing twice the work with only half the resources. But we as a society should be encouraging as much as possible intact, two-parent families where both mother and father are present. Societies function best when that is the norm.

The piece concludes with these words:

Wade Horn, the head of the National Fatherhood Initiative in the USA offers this concluding word: “The news is not good when large numbers of children are growing up disconnected from their fathers. It’s not that every child who grows up in a fatherless household is going to have these kinds of difficulties. But it is true that there’s an increased risk of these negative outcomes when kids grow up without fathers.”

With the rise of fatherlessness Australia and the Western world has also experienced a marked rise in social problems. And the brunt of these problems has been borne by children. We owe it to our children to do better. We urgently need to address the twin problems of fatherlessness and family breakdown. Public policy must begin to address these crucial areas. Until we tackle these problems, our children and our societies will continue to suffer.

There is a great amount of research that backs up what is found in that document. Indeed, there is a massive amount of social science research which has been making the case for the importance of fathers. This data has been around for quite some time now.

If you wanted just one more helpful summary of the data, this brief piece is worth looking at as well: www.theatlantic.com/sexes/archive/2013/06/the-distinct-positive-impact-of-a-good-dad/276874/

Now, are there dads who do not lift their weight, or who are less than ideal? Sure: sadly there are dead-beat dads, and absent dads, and even abusive dads. But exceptions do not make the rule. Overwhelmingly the social science research is clear: fathers make a tremendous positive difference in the lives of their children, and to society itself.

If you are a dad, about to be a dad, or thinking of becoming a dad, ignore all the social activists, the revolutionaries, and the radical ideologues: fathers are vitally important. The very notion of fatherhood – along with motherhood – is the bedrock of society.

Whether you live in Australia or not, Happy Father’s Day.

7 Replies to “Fathers: A Threatened Species”