OK, another title that may perplex some, and perhaps intrigue a few others. The blues in heaven? Really? Well, it may be a bit misleading anyway. We know that in the next life all sorrows will vanish, death and darkness will be no more, and every tear will be wiped away.

But I need to take this a bit further nonetheless. The blues is a musical genre originating in America’s south with Black Americans, many of them coming through the slave days. The old spirituals, work songs and gospel tunes were among the forerunners to the blues, and they generally depict hardship, suffering, rejection, injustice and the like. 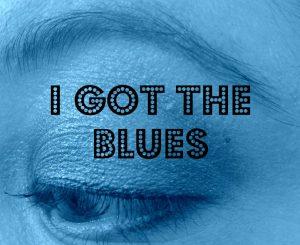 Sure, often a good blues song will be all about a loved one walking out on you and taking up with another guy, and so on, but the blues were basically about sorrow, sadness, despair and depression, and they offered a way of expressing all this. So why am I writing about the blues?

Well, for several reasons. I have long enjoyed the blues, beginning when I was a teen and a non-Christian, and still even today while a believer. Also, I have wrestled with bouts of the blues over the years – that is, I have experienced occasional periods of depression and the like, as have so many other believers.

So at least two questions arise here. One, are the blues as a type of music something Christians can and should enjoy? Two, can a Christian have the blues? The latter is the more important matter of the two. But as to the first question – well, I like them, as mentioned. One can argue that they are too negative and too despairing, and that believers should only think happy thoughts or only listen to upbeat and cheerful stuff, including music.

I have dealt with these matters more broadly before. But briefly, the Bible itself is full of laments, especially in the psalter. These entail complaints and ask hard questions in the face of hard situations – they were an early form of the blues in many ways.

And the lament psalms were sung as part of Israel’s corporate worship. They made it clear that lousy things happen, that God’s people can cry out to God about this, and they are permitted – indeed encouraged – to share their emotions and ask God why this is happening. See more on this here: billmuehlenberg.com/2012/02/02/the-lament-psalms/

Moreover, themes of suffering, hardship, trials and tribulations are part and parcel of the biblical material. Indeed, we have a Lord who is well known as the Suffering Servant (Isaiah 53). We worship a God who “was despised and rejected by men, a man of sorrows and acquainted with grief” (v. 3).

The Australian Christian leader John Smith – well-known for his Christian motorcycle group God’s Squad – was in town so we invited him and another couple over to our apartment for dinner. I put on some blues, asking him if he did not mind having some secular music on.

He made it clear that he loved the blues, and he felt that they were very much in the spirit and heart of the Christian gospel. We agreed on that issue at least, although he was a bit too much to the left politically speaking back then! (He may have moved a bit more to the centre over the years.)

So Smithy loved the blues and thought they fully fit in with the Christian message. As to whether there will be blues in heaven, well I don’t know for sure. Christians who have had the blues will be in heaven. Sure, they will be singing new songs of praise to God. But perhaps with these important themes of suffering and perseverance through trials, etc, maybe aspects of them will carry over as well. We shall see.

Concerning my second question – whether Christians can have the blues – well, I have had them, as have so many others. I believe we are just kidding ourselves if we think believers will never get discouraged, downhearted, overwhelmed or depressed.

Many of God’s great saints have been through such dark clouds. Just last night I revisited a terrific little book by Zack Eswine, Spurgeon’s Sorrows: Realistic Hope For Those Who Suffer From Depression (Christian Focus, 2015). The great Charles Spurgeon not only had so many physical troubles and ailments, but he also had plenty of inner troubles and turmoil, depression and despair.

Yet as we all know he was so very powerfully used of God. This was a wonderful, powerful man of God who was so greatly influential for the Kingdom, yet most of his life he struggled with physical, emotional, mental and psychological suffering and hardship.

Let me offer just one quote from the book:

Depression is not unique to us. After citing historical examples such as Martin Luther, Isaac Newton, and William Cowper, then Biblical examples such as Job, King David, Elijah or our Lord Jesus, Charles will inevitably say: “You are not the first child of God who has been depressed or troubled.” Even “among the noblest of men and women who ever lived, there has been much of this kind of thing … Do not, therefore, think that you are quite alone in your sorrow.” Even though you may “go to bed in the dark,” you will “wake up in the eternal daylight.”

Last month I penned an article on Spurgeon and his suffering. For those who want to look at this in more detail, see here: billmuehlenberg.com/2018/08/03/spurgeon-and-suffering/

But having battles with things like doubt, despair and depression seems to be part and parcel of the Christian life. As Spurgeon put it: “The road to sorrow has been well trodden – it is the regular sheeptrack to heaven, and all the flock of God have had to pass along it.”

OK, at this point my theological and devotional reflections are mainly over. Now, only for those who might be interested, a few more words about the blues. A few other folks may enjoy taking the discussion a bit further, so let me make a few closing thoughts on this type of music.

Back in my youth I saw a number of these folks, such as both Kings, Waters, Hooker and Dixon. And of course plenty of White groups have sought to do the blues as well, including Rod Piazza and the Mighty Flyers, the Paul Butterfield Blues Band, etc. I have seen a few of these groups over the years as well.

If you want but one example of a classic blues song performed by one of the great bluesmen, consider this one by B. B. King, supported by another legend, Eric Clapton: www.youtube.com/watch?v=M7-MOZ9-yuE

Whether King was an actual Christian or not may be a moot point, but this article which appeared just after his death sought to offer a few clues on this: www.christiantoday.com/article/bb-king-ten-things-the-king-of-blues-said-about-faith/54009.htm

Here is one noted gospel singer who has known all about the blues – and glorious redemption – and still sings the blues – Ashley Cleveland: www1.cbn.com/700club/god-delivers-singer-ashley-cleveland-addiction

And one of her bluesy gospel songs: www.youtube.com/watch?v=vYY0z7hEh0Y

Or a toe-tapper of hers: www.youtube.com/watch?v=gx1R5N4TRec

15 Replies to “Will There Be Blues in Heaven?”