One of the most contentious, hotly-debated, and notoriously difficult theological issues there is has to do with the relationship of the Old Testament law to New Testament believers. It is part of the even bigger discussion about law and grace and how they relate to each other.

Are we under the law today or not? If so, what law? What laws? All of them? Some of them? Who decides? And this is not just about individual Christian ethics, but also extends to discussions about the relationship between church and state. And the New Testament itself seems to give us some conflicting answers on all this.

Even Jesus for example seemed to offer differing views on these matters. Often he was accused of downplaying and even violating the law (eg., plucking grain on the Sabbath – Mark 2:23-28). Yet at times Jesus could say things like: “Do not think that I have come to abolish the Law or the Prophets; I have not come to abolish them but to fulfill them” (Matthew 5:17). 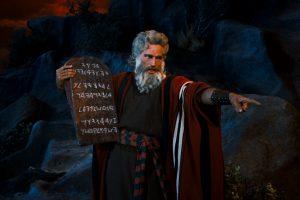 And the thoughts of the Apostle Paul on the law and how it relates to us is also a major part of this discussion. He too seems to offer differing perspectives at different times and places. On the one hand he has a very positive view of the law: he sees the law as something good and necessary (see for example such verses as Rom. 7:12; 9:4; and Eph. 6:1-2).

But on the other hand he seems to have a rather negative view of the law: at times he argues that we are no longer under the law, that we no longer need it, etc. (see eg., Rom. 5:20; Gal. 4:1-10; and Eph. 2:15). And sometimes it gets even trickier, with seemingly conflicting views contained even in a single verse.

So just how should we understand all this? Entire libraries have been penned on these complex issues, so here I can only introduce the topic, and point out some recommended reading. Those with their pet peeves on this who may want to go to war over it are advised to just take a breather. Here I am not so much saying what the “correct” view is – I am simply looking at the various options.

Concerning OT law, there happen to be some 600 different laws recorded in the Hebrew Scriptures – some narrow it down to 613 laws to be precise. The issue is how many and how much of all those laws given to ancient Israel are normative or binding for Christians – or anyone else – today.

The issues certainly are quite complex. But for the sake of brevity, let me just outline how all this has been approached over the millennia. The simple truth is, there is both continuity and discontinuity between the Testaments. The tricky bit is to determine what continues and what does not. That is where the disagreements arise.

Perhaps the main position held by most believers over the centuries is partial continuation. Some things continue while other things do not. But that is where the discussion especially arises: just what carries over? One popular option – not without its criticism, but still a worthwhile option – is the long-standing division of the law into three main parts: the moral law, the civil law and the ceremonial law.

The first, especially as exemplified by the Ten Commandments, is said to still be binding today. However, the ceremonial laws obviously no longer carry over, since we have no temple, etc, and many see Christ as fulfilling those laws in his life, work, death and resurrection.

And the civil laws of ancient Israel – and the penalties attached to them – are also said to no longer be binding on modern secular nations. Few believers today for example argue that the laws about stoning rebellious children still apply, or that the death penalty should be meted out for adulterers, etc.

Each of these three positions have been argued for and against at length, and it is NOT my intent here to get into that massive debate. I merely have presented a very quick overview of how Christians have tended to look at these difficult matters. But what I do want to offer here are some helpful books – reflecting a range of perspectives – on these sorts of issues.

So let me offer some recommended titles on these various matters: first 21 generic titles, and then 17 volumes looking specifically at the Ten Commandments.

If I were forced to name a few must-read titles, perhaps Jones and Rosner in the general section, and Packer and Ryken on the Ten Commandments.

10 Replies to “The Law and the Christian”