Many non-Americans – and probably many Americans as well – likely do not understand all the fuss, intrigue and controversy that erupts when a justice for the Supreme Court is nominated. Recently there have been many heated political and ideological battles that have broken out whenever a potential justice is named.

Why is this? Well, to understand what we just witnessed with the Kavanaugh nomination and confirmation, we need to know a bit about the Supreme Court of the United States (SCOTUS) and its history. So let me offer a very brief overview here. 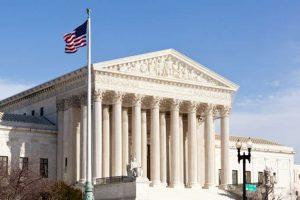 This court is the highest court in the land. Like America itself, it has evolved and expanded over the years. First established in 1789, it originally just dealt with a small number of legal cases. Today there are over 100 cases reviewed each year by the court (out of thousands submitted).

Earlier on there were six justices on the court, but now there are nine. They – along with lower court judges – are appointed by the sitting president, and they have a life-long tenure (unless they resign or are impeached). Not too long ago the nomination and confirmation process was relatively straightforward and did not drag on too long.

But the politicisation of the courts (at all levels) and the advent of judicial activism has meant that each new nomination (especially if named by a Republican president) becomes bogged down in political controversy and lengthy, bitter debate.

As I wrote a decade ago:

The problem is, unaccountable judges, instead of legislators, are making and repealing laws, and internationalising law as well. Judges have overstepped their bounds, and their agendas are usually at odds with the majority of those they claim to serve. In fact, the rule of law has been replaced by the rule of judges. This usurpation of the democratic process should be of concern to us all.

Indeed, the rule of law is of utmost importance, and judges are to be neutral in its application, and not seek to push their own political and social agendas. Judges are meant to serve the people and the laws the people helped to make, and not rewrite the law books and promote Political Correctness. But that sadly has been exactly the case for a number of decades now.
billmuehlenberg.com/2008/11/02/the-threat-of-judicial-activism/

The problem is, the courts have effectively been legislating in America. But the three-fold nature of the political system in the US is supposed to function differently. The Founding Fathers were very concerned to have a system of checks and balances, and they did this by means of ensuring that there were three clearly defined and distinct branches of government:

All this is laid out in the US Constitution. But of late the courts have overstepped their boundaries, often making up things as they go along. And the classic case of this was the infamous 1973 ruling on abortion. In Roe v. Wade seven of nine justices decided that there is some fundamental right to abortion to be found in the Constitution.

It thus struck down the laws of all 50 US states on the matter, and the culture wars well and truly erupted soon thereafter. Another – of many – obvious examples of judicial activism at the highest level was the 2015 Obergefell v. Hodges decision to legalise homosexual marriage, this one with a majority of five to four.

So as judges become increasingly active in their roles, the various ideological camps see how important they can be. The left of course sees things like abortion on demand and homosexual “marriage” as sacred cows that can never be touched.

Never mind that the will of the American people was simply overlooked in both cases, and a handful of unelected and unaccountable judges decided how the nation would go on such contentious and controversial issues. And the left is now utterly repulsed at the fact that a conservative is in the White House, and he is appointing basically conservative justices.

The current state of play

So far the Trump administration has named two Supreme Court justices, and both eventually made it through. In February 2016 we had the untimely death of conservative justice Antonin Scalia, so in April 2017 by a 54–45 vote Neil Gorsuch was conformed as a member of SCOTUS.

And of course just now Brett Kavanaugh got in with a 50-48 vote, succeeding Justice Anthony Kennedy. I have penned two recent articles on him. This one I did earlier today upon him winning the confirmation vote: billmuehlenberg.com/2018/10/07/the-kavanaugh-confirmation/

And this when he was first nominated: billmuehlenberg.com/2018/07/10/kavanaugh-scotus-and-abortion/

One’s political and ideological stance certainly has a very clear bearing on contentious court cases. In the 2015 gay marriage case, for example, we had the majority comprised of Kennedy, joined by Ginsburg, Breyer, Sotomayor, and Kagan, while the four dissenters were Roberts, Scalia, Alito and Thomas. There we see how the votes basically went along ideological lines.

As to the current court, we will have to wait and see how the votes will go in forthcoming cases brought before the court. Here is a rough breakdown of the current court. I offer the names, who appointed them, and their age:

The issue of the ages of the current justices is quite important. As mentioned, these justices are appointed for life. As can be seen just above, two of the liberal justices are still relatively young, while two are getting rather elderly. As to the conservatives, none are ancient, and three or four should still have quite lengthy terms ahead of them.

The left is already apoplectic at Gorsuch and now Kavanaugh getting in. And they know full well that Ginsberg sure isn’t getting any younger. So she might not make it through the next two years of a Trump presidency. And if he is re-elected in 2020, he almost certainly will be called upon to name a replacement for her, and maybe for Breyer as well.

All that frightens the leftists to no end. They are already terrified at the thought of five possible conservatives, and they will do anything they can to prevent any more conservatives getting in. They are petrified that their sacraments of abortion on demand and fake marriage might be re-examined by SCOTUS, and who knows, either be repealed, overturned or modified to some extent.

All this explains the militancy and mobocracy we have seen over the past few months concerning the Kavanaugh nomination. The left has had a terrific run with activist courts for the past half century, and now they can see that this might be coming to an end. They are mortified by all this, and they are now resorting to any sort of lies, violence, intimidation and thuggery to resist it.

So expect to see things hotting up in the days ahead. Not only is the militant left intent on still opposing Trump and Kavanaugh, but they will continue to ramp up their opposition to anything and everything that comes out of the current White House.

11 Replies to “Why the US Supreme Court Matters”