As mentioned in this series, all up the Apostle Paul wrote 13 canonical letters, making up almost half of the New Testament. These are two very important epistles of Paul. Although brief (six chapters each) they contain crucial Christian truths concerning doctrine and life.

Indeed, this is a standard practice of Paul to begin his letters with theological and doctrinal matters, and then finish them with the practical implications of these truths for the Christian believer. Thus we find Gal. 1-4 (or possibly 4:7), and Eph. 1-3 containing theological truths and matters of doctrine, and the remaining chapters containing application.

This letter of Paul has been called ‘the epistle of liberty’ and the like since it so strongly defends Christian freedom, and forcefully wars against those who would drag us back under the law. For Paul, right theology (orthodoxy) is always the basis for right living (orthopraxis). 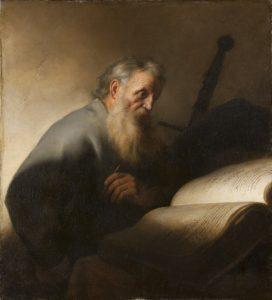 Most New Testament scholars believe he wrote this in the late 40s or early 50s. In it he had to defend his apostleship and the gospel he received from the Lord and take on those who sought to impose legalism and various religious observances on the believers at Galatia.

Along with his letter to the Romans this is one of the major epistles to defend the gospel of grace versus the gospel of works. It was of course hugely influential for the Reformers, but it also had a vital impact on so many others, including many of the church fathers.

Standing against a false gospel is a main part of this epistle. G. Walter Hansen offers a brief summary of what Paul had to deal with:

Not long after Paul planted the churches in Galatia, some Jewish Christians taught these new believers that it was necessary to belong to the Jewish people in order to receive the full blessing of God. Therefore they required the marks of identity peculiar to the Jewish people: circumcision, sabbath observance and kosher food (see 2:12–14; 4:10; 5:2-3; 6:12-13). . . . Their focus shifted from union with Christ by faith and dependence on the Spirit to identification with the Jewish nation and observance of the law.

As always, I feature here a number of important works (mostly commentaries), and as always, they mainly reflect a conservative, evangelical point of view. Other works could of course be mentioned, but these are some of the better books available from relatively recent times (I have not included many older works here). Expository commentaries include:

Ephesians is one of four letters of Paul that we refer to as the Prison Epistles. The other three are Philippians, Colossians, and Philemon. They refer to letters penned by the apostle while he was incarcerated. Thus this book was probably written when Paul was under house arrest in Rome between approximately 60-62 AD.

This book is also one in which Pauline authorship is questioned by some scholars. Other such disputed epistles include Colossians, 2 Thessalonians, 1 & 2 Timothy, and Titus. That complex and detailed debate cannot here be entered into, but see the introductions to most of the commentaries I list for full discussions of these matters.

Without doubt this is another crucial Pauline epistle. English New Testament scholar Max Turner nicely introduces the letter and its importance as follows:

No NT writing more joyfully celebrates God’s grace in the gospel than does Ephesians, nor does any contain so rich and concentrated a vein of theological gold. This short letter’s profound and extensive influence on the church’s thought, liturgy, and piety ranks with that of the much longer Psalms, John, and Romans. It was Calvin’s favorite letter, and Coleridge was later to pronounce it “the divinest composition of man.”

Memorable features of this epistle include its emphasis on one people of God in Christ (2:11-22), exhortation to maintain our unity as believers (4:1-16), and the importance of the spiritual armour of the Christian (6:10-20.) 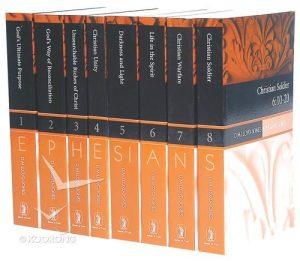 As far as narrowing down these lists a bit, for Galatians perhaps the better works to run with are deSilva, Moo, and Schreiner, but Stott is always well-worth getting. Also note that Craig Keener is due to have a 700-page commentary on Galatians out early next year.

On Ephesians, Arnold, Hoehner and Thielman are certainly very thorough and detailed. Don’t forget Stott for something less daunting, and Lloyd-Jones for first-rate expository sermons.

(Australians can find most of these books at Koorong: www.koorong.com/ )