These and dozens of other lame mantras were repeated ad infinitum, ad nauseam before Australia went down the path of fake marriage. The other side insisted that absolutely nothing would change if this went through, while I and others warned constantly and fervently that EVERYTHING would change. 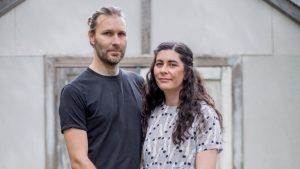 Well, we are at that place some of us knew we would be – that place where all we can do is say, “We told you so”. We warned you, we pleaded with you, we did everything we could to wake up a sleeping populace that going down the path of sham marriage would impact us all, and that Christians especially would pay a heavy price.

I have documented the many cases of anti-Christian bigotry that have been taking place since that fateful day when Australia declared war on real marriage. And the list grows steadily, relentlessly. The latest case is the most recent example of the pink mafia in action.

I had written before about a lovely Christian couple who had a very successful marriage magazine, and how they were starting to be harassed by rainbow militants. Because homosexual couples were not appearing in its pages, and their nefarious agenda was not being featured in the magazine, they were targeted – big time. As I said in that article:

Oh the horror. That is just about as bad as David Attenborough’s Blue Planet not featuring cisgender swordfish, demi-boy blowfish, tri-gender octopi, or gender nonconforming tuna. When will all this hatred and discrimination end? How dare that dinosaur Attenborough keep reinforcing his bigoted and non-inclusive agenda? Liberate the seas now!
https://billmuehlenberg.com/2018/09/03/the-latest-in-radical-rainbow-repression-and-revisionism/

Well, just a few months after writing that piece, White Magazine is no more. Here is how one news outlet covered the story:

An Australian bridal magazine will close after contributors revealed it was refusing to feature same-sex weddings in a decision which caused controversy and saw advertisers withdraw their sponsorship. A farewell note published on White Magazine’s website on Saturday said they’d recently experienced “a flood of judgement” and lost a number of advertisers. “We have had to recognise the reality that White Magazine is no longer economically viable,” the publishers said. The 12-year-old magazine, its team and advertisers had been targeted by a campaign, and couples featured in its pages had been the subject of online abuse, the post said.
https://www.news.com.au/lifestyle/gay-marriage/wedding-magazine-closes-after-refusing-to-feature-samesex-couples/news-story/c23855fc8005ec07d3cfa5144eef63b2

But the farewell post by the Christian couple Luke and Carla Burrell is worth looking at. They begin this way:

FAREWELL
Love is a word that gets used a lot in our industry. So much so that the word can lose its value. But love is a powerful force that can change the world. Love gives hope where there is none. It gives peace when there is none. Twelve years ago, we started White Magazine to tell a different kind of story about marriage. Back then the wedding industry was a pretty bleak place. Rather than celebrating love and commitment, it commercialised weddings and devalued the seriousness of the commitment couples were making to each other.

Celebrating love and relationships – rather than selling products – has always been White’s message. Last year the Australian law was changed to allow same-sex couples to marry. Since then we have been asked repeatedly why our magazine had not yet featured all couples.

Like many people, we have had to reflect on our beliefs, not to judge ourselves or others, but to intentionally make space for new conversations. It’s a long and continuing journey, it’s not black and white, there are so many grey areas that need to be explored. Our greatest mandate is to love and the biggest question we’ve continued to ask ourselves throughout it is, how do we best love?

White Magazine has always been a secular publication, but as its publishers, we are Christian. We have no agenda but to love. We have no desire to create a social, political or legal war, which only divides people further and does more damage than good. To us, our faith is anchored in love without judgement.

Recently we’ve experienced a flood of judgement. We know much of that comes hand-in-hand with running a public magazine. But we are also just two humans fumbling our way through these big questions and like anyone else, we don’t have all the answers.

Instead of allowing us the space to work through our thoughts and feelings, or being willing to engage in brave conversations to really hear each other’s stories, some have just blindly demanded that we pick a side. We’re not about sides, we’re about love, patience and kindness. A campaign was launched targeting the magazine, our team and our advertisers.

Couples who have featured in our magazine have also been the subject of online abuse despite their individual beliefs. We’re really saddened by this. The result has been that a number of advertisers withdrew their sponsorship out of fear of being judged, or in protest. We have had to recognise the reality that White Magazine is no longer economically viable.
https://whitemag.com/blog/official-statement/?q=%2Fblog%2Fofficial-statement%2F&fbclid=IwAR2CmGUawbKXrskggx-li8aSDBdjOCXPcCX9i6vL1WnFWRFl0PzoLz6y6aA&v=6cc98ba2045f

Included in their article is a moving 4-minute video in which the couple try to explain what the magazine was about and how sad they are that political correctness has brought their business to a premature end. It is well worth watching and sharing with others.

Thankfully a few others have seen this for what it is: a war on Christians and Christianity. Two days ago the Weekend Australian ran an article on this. It begins:

Christians are being run out of business, hounded by boycotts and bullied by activists, for adhering to their faith a year after the celebrated same-sex-marriage vote. In a sign Australia faces a “crisis of freedom”, The Weekend Australian can reveal a successful international wedding magazine that chose not to feature gay couples will today announce its decision to shut down after becoming the target of an intimidation campaign.

The founders of White magazine, Christians Luke and Carla Burrell, said they were the targets of an activist campaign that deterred their advertisers, frightened their staff and included threats of physical harm because of their stand on same-sex weddings. The couple, who have published White for 12 years, said the campaign was triggered by last year’s plebiscite and saw them branded homophobes and bigots. One individual warned their house would be burned down.

With the government poised to respond to a long-awaited review into religious freedoms amid concern gay school students and teachers will be subject to discrimination, the Burrells expressed deep frustration that activists had forced them to “draw the curtain on this part of our lives”.

“We hope that one day soon our society can learn to accept people’s differences and different points of view and love each other no matter what,” said the couple, who have been married for 17 years.
https://www.theaustralian.com.au/national-affairs/religious-freedom-lost-as-white-magazine-shuts/news-story/5c00c977426bd2228f4e0613b34524aa

So there you go folks: once again, the homosexual gestapo have succeeded in bullying, persecuting and hounding out of existence a Christian business, all because those involved dared to resist rainbow hegemony. For daring to stay true to their Christian convictions and for daring to stand by their consciences, they are now out of a job.

Just add them to the list of all the other Christians – and others – who have lost their employment, or were fined, or imprisoned, because the homosexual juggernaut refuses to take any prisoners, but seeks to crush anything and anyone in its path.

Back in 2014 I penned a book entitled Dangerous Relations. In it I have a chapter featuring 165 examples of this happening overseas and in Australia. And that was before Australia went with faux marriage. So I warned then, and earlier, about how everything changes when this radical social experiment takes place.

Indeed, back in 2010 I was writing articles on this, seeking – in vain it seems – to alert people as to what was sure to come. Sadly my warnings seemed to have fallen on deaf ears: http://www.billmuehlenberg.com/2010/12/10/same-sex-marriage-who-says-nothing-will-change/

It is not good to rub these things in people’s faces I suppose, but really: we DID tell you so. We DID warn you. We DID plead with you. We DID tell you this would certainly happen, as surely as night follows day. Yet most people, including most Christians, refused to listen, and just kept their heads in the sand.

Now we are all suffering, and it will continue to get worse. A handful of German Christians had exactly the same problem last century. They warned, they pleaded, they sounded the alarm, but most Germans did NOT want to listen. As one such watchman on the wall, German pastor Martin Niemoller famously put it:

Let me slightly rephrase that:

28 Replies to “We Told You So: Fake Marriage Impacts ALL Of Us”