OK, so Lady Gaga is no theologian or biblical scholar. Chances are good she has actually never even read the Bible, let alone studied it carefully. It is clear that she knows nothing about historic Christian beliefs and teachings. But I am not picking on her, since there would be millions of other people out there just like her who think they know plenty about Christianity when in fact they know next to nothing.

I mention her of course because she has been in the news of late, lecturing us on what biblical truth and morality are all about. In the process she claimed to be a Christian, yet savagely attacked those who clearly ARE biblical Christians. I wrote about her bizarre attack on Mike and Karen Pence earlier today: billmuehlenberg.com/2019/01/22/gaga-pence-and-christianity/ 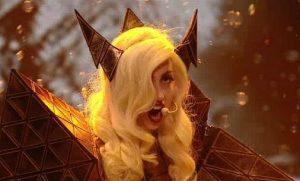 In it I cited this profound theological utterance of hers: “To Mike Pence, who thinks that it’s acceptable that his wife works at a school that bans LGBTQ, you’re wrong. You’re the worst representation of what it means to be a Christian. I am a Christian woman, and what I do know about Christianity is that we bear no prejudice, and everybody is welcome.”

Hmm. Let’s try to unpack that a bit shall we? First, consider her claim about the “worst representation” of Christianity by Pence. I would have thought that anyone claiming to be a Christian who seeks to faithfully adhere to the teachings of Christ and the Bible are an ideal representation of Christianity.

On the other hand, those who deliberately and blatantly reject the teachings of Scripture on human sexuality and everything else are certainly NOT a good representative of Christianity. Indeed, let’s move on to her claims to be a Christian. As I wrote yesterday, “While at the end of the day only God fully knows the human heart, we have plenty of Scriptures telling us we can assess a person’s faith or lack thereof by both their beliefs and their behaviours.”

So God is the ultimate judge here, but believers are instructed to assess the fruit of so-called believers, checking out what they say and how they act. The sort of perverted and debauched actions that we regularly see her engaging in – at least while on stage – are not exactly ringing endorsements of any sort of Christian conversion on her part.

And let’s look at her claims as to what Christianity is really all about: “we bear no prejudice, and everybody is welcome.” Oh really? I would like to see chapter and verse on that one. The term “prejudice” is of course just one of many words routinely pulled out of the hat by secularists and lefties.

That, and “bigot” and “hater” and “this- and that-phobe”. Such terms really tell us nothing, but they give the person tossing them around a sense of moral superiority – especially when they have no facts or evidence to back up their position.

So she thinks the Pences are prejudiced. Um, Lady G is obviously prejudiced. She has an irrational and nasty dislike of and aversion to all people who take their Christian faith seriously and seek to live according to the clear teachings of the Word of God.

And when a Christian seeks to do just that, he or she is not being prejudiced. They are simply acting consistently with their own worldview. They are trying to live out their basic biblical teachings. That does not make them prejudiced or bigoted. But if it does, it is not any more than Gaga is by hating on such people.

As to everyone being welcome, well it all depends on what you mean by that. The biblical take on this is pretty straightforward: Every person on the planet is a sinner, headed to a lost eternity. But God has offered a way out of this predicament by sending his Son to take the punishment we deserve for our sins upon himself.

He had made only one way available for people to get right with him, and if they reject that, then they are not welcome – by their own choice. So God of course IS being rather selective here. And of course everyone tends to be selective, even Miss G. She is selective in who she befriends, who she likes, and who she hangs around with.

It is pretty clear that she is NOT a friend of the Pences, she does not like them, and she does not at all wish to hang around with them. Thus she is NOT welcoming everybody. She is being just as prejudiced, narrow-minded and bigoted as she accuses them of being.

And when it comes to human sexuality, it is not prejudice to affirm heterosexual marriage. Biologically the human male is designed to match up with the human female. That is how the next generation is produced, and that is the best family structure in which to raise any such offspring.

That has been the common-sense position of nearly everyone for millennia. Sure, all that is now being thrown overboard, but that is clearly for the worse, not the better. If the Lady is happy to see marriage and family destroyed, that is up to her.

But having her try to lecture real Christians about what Christianity is all about is sort of like having Hitler lecture us about what real love for Jews is all about. Sorry, but your credibility is zilch here Lady. Unfortunately, however, millions of brainless millennials may be gobbling up her every word.

That is the real concern here. That Lady Gaga is out to lunch on all this is certain, but the fact that she may be leading so many others astray is serious business, and Jesus had some strong words to say about those very sorts of people who would do this to children.

Again, we need to keep her in prayer. Right now she is doing her master’s bidding, but her master is clearly not the Lord Jesus Christ.

15 Replies to “What Lady Gaga Does NOT Know About Christianity”