What exactly did Paul mean when he said, “I have become all things to all people”? As with so many passages I examine in the series, this particular one can be subject to some real misunderstanding, misuse and abuse. So it is imperative that we get a solid handle on just what is being said here – and what is NOT being said.

The short answer to my question above is that Paul is not saying that anything goes, and that all things are lawful. Far from it. However, before going any further, I first better offer the entire passage in question. In it Paul is talking about his use of freedom in Christ. He writes:

As always, context is crucial. In this case the broader context has to do with the eating of certain meats (chapter 8), and Paul’s rights as an apostle, including receiving payment for ministry (chapter 9). Paul speaks of his freedom in Christ, but the proper use of it. 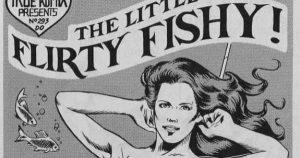 In this particular passage, personal freedom is not the main end in view, but the salvation of others. This is a passage about evangelism, and how best to reach others. It speaks of what might and might not be allowed as we seek to reach the lost.

Some cultists have taken texts like this to mean that anything goes when we try to win others. For example, one American cult used to speak of “flirty fishing”. Back in the 1970s and 80s the Children of God cult actually taught that women could be “hookers for Jesus” – they could basically act as prostitutes to win men into their group.

Whatever he means by saying he is not free from God’s law, there is something intuitively obvious about it. We can easily hear Paul saying, “To the Jew I became a Jew,” and “To the Gentile I became a Gentile”; we cannot imagine him saying, “To the gossip I became a gossip,” and “To the adulterer I became an adulterer.” In other words, while saying he is not under the law as other Jews were, he certainly does not mean to suggest he is an utter antinomian (someone who feels completely free from all of God’s demands and commands).

Now usually at this point I will draw upon some great biblical scholars and their commentaries to further explain what the text means. But I so much like what Carson has to say about this passage, that I will stay with him for a bit longer. What I quoted just above was actually part of the second of six points that he raises concerning this passage.

They are found in his 1993 book, The Cross and Christian Ministry: An Exposition of Passages from 1 Corinthians (Baker). In it he spends some 22 pages on 1 Corinthians 9:19-27. So let me return to the six points he makes about the text we are considering, quoting parts of each:

1. It is clear that Paul sees himself in what might be called a third position. He does not see himself as a Christian Jew, someone who normally obeys the Mosaic law and who has to flex in order to win Gentiles. Nor does he see himself as a Gentile, someone who has to take on the burden of the law afresh in order to win the Jews. He sees himself, rather, in a third position, from which he has to flex to win Jews on the one hand and Gentiles on the other….

3. There are other passages, even within 1 Corinthians, where God’s “law” or God’s “commands” cannot be reduced to the Mosaic code. The most discussed, I imagine, is 1 Corinthians 7:19….

4. If I understand 1 Corinthians 9:19-23 correctly, what Paul says is that he is not under the (Mosaic) law-covenant (a common meaning of nomos, the NIV’s “law”). It is no longer the law-covenant that binds him to the God of his fathers….

6. The purpose of this rather complex discussion should now be clear. Although Paul was an extraordinarily flexible apostle and evangelist, he had sorted through elemental Christianity in a profound and nuanced way so that he knew when he could be flexible and when he should not bend….

In short, we must know what freedoms and constraints are ours in Jesus Christ. The only way to achieve this maturity is to think through Scripture again and again to try to grasp the system of its thought—how the parts cohere and combine to make sense….

Thus both legalism and license must be rejected here. Scripture always opposes both those extremes. Says Carson:

The person who lives by endless rules and who forms his or her self-identity by conforming to them simply cannot flex at all. By contrast, the person without roots, heritage, self-identity, and nonnegotiable values is not really flexing, but is simply being driven hither and yon by the vagaries of every whimsical opinion that passes by. Such people may “fit in,” but they cannot win anyone. They hold to nothing stable or solid enough to win others to it! Thus the end of Paul’s statement in verse 22 is critical: “I have become all things to all men so that by all possible means I might save some (9:22, emphasis added).

I think Carson nicely says it all here. But let me close by adding a few other comments. I begin with Marion Soards: “The gospel is not relativized to worldly social conditions that are no more than contemporary social structures and sensibilities; rather, the apostle himself becomes relativized in order to preserve the integrity of the gospel.”

David Garland puts it this way:

His accommodation has nothing to do with watering down the gospel message, soft-pedaling its ethical demands, or compromising its absolute monotheism. Paul never modified the message of Christ crucified to make it less of a scandal to Jews or less foolish to Greeks. The preacher of the changeless gospel could adapt himself, however, to changing audiences in seeking their ultimate welfare, their salvation.

This statement has sometimes been understood as though it meant that Paul was a mere pragmatist, a spin-doctor, twisting his message this way and that to suit different audiences. That’s not what he’s saying. The message remains constant. It is the messenger who must swallow his pride, who must give up his rights, who must change his freedom into slavery. Woe betide those who trim the message so that they don’t have to trim themselves.

And finally, Thomas Schreiner puts it this way in his new commentary:

Believers have rights, but those rights are always to be exercised in love so that Christians live for the benefit and salvation of others. The pattern of a believer’s life is to be cruciform, which means sacrificing one’s preferred way of life for the benefit and good of others. Verses 19-22 play a vital role in discussions about contextualization. Cultural adaptation so that others may find salvation follows Paul’s footsteps. Christians must not impose their own cultural patterns on other cultures which are being won for the gospel. Cultural flexibility, however, is not infinitely elastic. For instance, Paul does not compromise on moral norms or on fundamental truths of the gospel.