One is hard pressed nowadays to find any acknowledgments of the vital role which Christianity has played in the rise of the West in general, and the rise of Australia in particular. One can rightly argue that both in large measure have been built on the foundation of Christianity, and in this case, evangelical Christianity.

Instead of looking at this in terms of separation of church and state the authors see it rather as cooperation between church and state. The complementary nature of this relationship is found especially in all that evangelical Christianity has contributed to Australia in terms of health, education and welfare. It is a “missing story” as Piggin puts it. 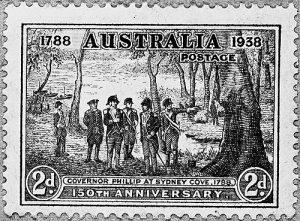 The subtitle of this book is “Evangelical Christians in Australian History 1740-1914”. Given that the First Fleet came to Australia in 1788, some might ask, why the 1740 date? Simply because evangelical revivals in Britain in the 1740s gave birth to the impetus to take the gospel far and wide, including, eventually, Australia.

But this work is the most recent and most thorough thus far produced. Piggin is a Sydney historian and theologian, and Linder is an American historian. They have both written previously on such matters, including, Spirit, Word and World: Evangelical Christianity in Australia by Piggin (Acorn, 1996, 2012 rev.).

Here they look at the evangelical connection to the founding and growth of Australia. They note that we of course have many books offering a purely secular look at such matters, as well as a number of volumes looking at the contribution of Catholics. But the important story of evangelicals and Australia’s history has usually been overlooked.

Thus the importance of this volume. In nearly 700 pages that story is told – with a second volume on the way. Simply looking at the First Fleet tells us much about the evangelical roots of Australia. The evangelical Christian, Charles Middleton, is one of many whose story deserves to be told.

He was a friend of the evangelical abolitionist William Wilberforce and helped to build up the Royal Navy. He ensured that the 11 ships of the Fleet had plenty of religious literature. All up there were 4000 such volumes, courtesy of the SPCK, of which he was a life-long member.

And when the first men set foot on Australian soil in 1788, they were not bringing with them established religion, but “the multidenominationalism of evangelical Christianity.” It was not until 1821 that denominationalism and sectarianism was introduced to NSW.

The authors demonstrate how the settling of NSW was not just to offload some convicts, but that “it was an opportunity for a great reform experiment, consistent with the values of the ‘Evangelical-humanitarian confluence’.” The evangelicals were aware of the power of the gospel to reform society in the old country, and fully sought to do the same in the new.

But yes, all up some 162,000 convicts were transported to Australia, and the authors note the work of evangelical chaplains and missionaries amongst them. Numerous other stories are presented to illustrate the fact that the story of Australia’s formation involved individual conversions and discipleship along with moral and social reform.

Samuel Marsden (1765-1838) – along with his offspring – is one prime example of this. The evangelical pastor arrived in 1794, and did not just preach sermons and minister to the new arrivals, but got involved with things like the development of NSW’s wool industry. He went on to do missionary work in New Zealand.

And concern was not just for the convicts: the poor, children, the illiterate and uneducated, orphans and widows, and the indigenous population were all part of the focus of early evangelicals in Australia. Marsden for example set up an orphanage, writing back to Wilberforce that “after many difficulties, the Orphan School at Sydney is at length opened for the receipt of sixty girls.”

Charitable works of all kinds were undertaken by the evangelicals: “In spite of increasing activity by governments, welfare was still mainly the work of philanthropists, and philanthropy was mainly the work of Christians, evangelicals and Catholics alike, particularly women. . . . Evangelicals controlled 75% of British charitable organisations in the second half of the nineteenth century. In Australia, the situation was similar.”

As to education, it was the churches that were mainly responsible for this in Australia until around 1880, and until the 1960s these public schools were infused with Protestant values. The early Sunday School movement was part of this, and even the ‘free, compulsory and secular’ Education Acts passed between 1851 and 1893 by all six colonies were for the most part supported by the evangelicals.

But as the authors explain, “the new government elementary schools were neither free (most charged fees), nor compulsory (attendance was not rigidly enforced), nor ‘secular’ (the teaching of the Bible was allowed in most colonies).”

The other colonies are carefully examined. Melbourne for example really grew out of the flourishing of Launceston, which was an evangelical stronghold from the 1830s. All up, as the authors note, “evangelicals were in the vanguard of those who shaped the colonies culturally and socially as well as spiritually in the 1830s and 1840s.”

After looking at a number of these early colonies in detail they say this: “In the new settlements of Melbourne, Adelaide and Brisbane, the role evangelical religion played in the aspirations of settlers is more evident than in the older convict settlements.”

Many very famous names are found here. Charles La Trobe (1801-1875), who was so important in Melbourne’s political circles – including being lieutenant-governor of the colony of Victoria – was from a strong French Protestant and Moravian heritage.

John Fairfax (1804-1877), owner of the Sydney Morning Herald, had been a deacon and Sunday School superintendent back in the UK. He was an unashamed Christian who never tired of speaking of his faith and sharing it with others.

Numerous revivals took place in Australia, especially during the 19th century, and the authors look at their impact on the country. There is also some detailed discussion about Christianity and the labour movement in Australia. Again, evangelicals played a key role here: “The truth is that the early Labor Party owed more to the evangelicals than to the Catholics.”

In their conclusion the authors offer 18 helpful summary statements. Let me quote from part of one of them:

Sixteenth, most Australians – closer to 100% than to 90% in the nineteenth century – identified with one of the Christian churches and thought of their nation as a ‘Christian country’. What this meant in practice was the creation of a nation-wide ethos of freedom with responsibility. The panoply of freedoms – freedom of speech, freedom of the Press, freedom of association, freedom of worship, freedom of conscience and the right of private judgement – was one of the most enduring achievements of vital faith, especially of evangelical Noncomformity towards the end of the nineteenth century.

In sum, this is a very important and much needed volume, helping to dispel and correct so much of the skewed and biased religious history of Australia. Even for those few readers who already know a bit about these matters, there is a goldmine of information, observation and analysis to be found here.

And as mentioned, for those who have enjoyed and benefited from this book, there is a second volume bringing this study up to present times now at the printers. We look forward to that with great anticipation.

14 Replies to “A Review of The Fountain of Public Prosperity. By Stuart Piggin and Robert Linder.”