There comes a time when business as usual just does not cut it. When the surrounding culture grows ever deeper and darker with evil, immorality, death, and destruction, Christians can no longer just ramble along as always. When satanic evil becomes mainstream, and when all that we hold near and dear gets trampled underfoot, it is time to lift our game.

When the assaults on marriage, family, life, faith, and freedom are at fever pitch, then it is time for all true believers to ramp things up – big time. When our very Christian faith is under direct threat, with more and more of it being criminalised, we cannot just pretend everything is peachy. 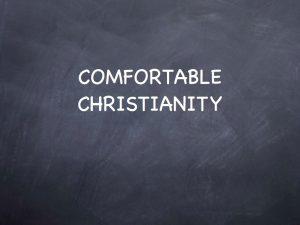 When we legalise infanticide and celebrate the destruction of marriage and family and promote gross immorality and wickedness throughout the land, the true Christian cannot just keep his head in the sand. It is time for every true believer to take a stand – regardless of the cost.

While prophets in the past tended to be specialists and somewhat unique, we now live in a time where all of God’s people must have a cutting-edge, prophetic role. We all must learn to stand like Elijah or plead like Jeremiah or contend like Isaiah. There simply can be no more business as usual.

Every Christian must seek to be a prophetic voice in this ever-darkening and demonised culture. We can no longer just sit back and hope a few others might step up to the plate and be counted. Now, more than ever, we need each and every person who claims to be a Christ-follower to take a prophetic stance.

And I put it to you that a major part of the reason why the world seems to be so rapidly and exponentially moving into pure evil is because the church has simply NOT been doing its job here. It has NOT been a prophetic voice, it has NOT stood against the tide, and it has NOT even cared about the downward spiral it finds all around it.

We wonder why each new day brings a new horror, yet most Christians have been asleep at the wheel for far too long. We have barely cared or taken part in the battles of the day that we should be involved in, so even worse forms of evil spring up all over the place.

I am reminded of a line from Tolkien’s The Fellowship of the Ring (at least the film version). The nine heroes have just courageously fought off a band of orcs and a nasty troll, with countless more orcs in pursuit, when all of a sudden something worse confronts them, causing even the orcs to flee in terror. Boromir asks, “What is this new devilry?” Gandalf replies: “A Balrog. A demon of the ancient world. This foe is beyond any of you. Run.”

That to me seems like a pretty good picture of where we are at today. Some of us have been fighting to protect marriage and family for years, and as we deal with the evils of fake marriage, a whole new opponent raises its head: the radical gender bender activism.

We have spent decades fighting the abortion agenda, and seem to be making a bit of headway, when we all of a sudden find various governments now actually promoting, endorsing and seeking to legalise infanticide, as I just wrote about: billmuehlenberg.com/2019/02/01/yes-virginia-there-is-a-pro-death-scrooge/

For some of us who have been in the trenches for many years now, all we can do is cry out, “What is this new devilry?” And as I just noted in an earlier article of mine, so many Christians just want to sit on the sidelines and leave all the heavy lifting to others.

As Moses had asked some of the Israelites, just before they are to go in and possess the land, “Should your fellow Israelites go to war while you sit here? Why do you discourage the Israelites from crossing over into the land the LORD has given them?” (Numbers 32:6-7)

Several years ago Msgr. Charles Pope issued a wake-up call to his fellow Catholics. Surely all Christians need to heed his warnings and take to heart his pleas. He began his article this way:

We are at war for our own souls and the souls of people we love. We are at war for the soul of this culture and nation. And like any soldier, we must train to fight well. There is a growing consternation among some Catholics that the Church, at least in her leadership, is living in the past. It seems there is no awareness that we are at war and that Catholics need to be summoned to sobriety, increasing separation from the wider culture, courageous witness and increasing martyrdom.

It is long past dark in our culture, but in most parishes and dioceses it is business as usual and there is anything but the sober alarm that is really necessary in times like these. Scripture says, Blessed be the Lord, my rock, who trains my hands for war, and my fingers for battle (Psalm 144:1). Preparing people for war — a moral and spiritual war, not a shooting war — should include a clear setting forth of the errors of our time, and a clear and loving application of the truth to error and light to darkness.

But there is little such training evident in Catholic circles today where, in the average parish, there exists a sort of shy and quiet atmosphere — a fear of addressing “controversial” issues lest someone be offended, or the parish be perceived as “unwelcoming.” But, if there ever was a time to wear soft garments, it is not now.

He concluded as follows:

It is time, past time, to retool. It is time to prepare for persecutions that will get bolder by the month and year. The dark movements that marched in under the banners of tolerance never meant it. And having increasingly gained power, they are seeking to criminalize anyone who resists their vision. No tolerance for us. Religious liberty is eroding, and compulsory compliance is already here. The federal courts increasingly shift to militantly secular and activist judges who legislate from the bench.

Right now, most of us can barely imagine our clergy standing so firm. Quiet compromises and jargon-filled “solutions” will be a grave temptation to a Church ill-prepared for persecution. Call me alarmist or call me idealist, but I hope we find our spine before it is too late. It is usually a faithful remnant that saves the day in the Biblical narrative. I pray only for the strength to be in that faithful remnant. Will you join me too? Let’s pray and start retooling now. Only our unambiguous faith can save us or anyone we love. Pray for strong and courageous faith.
m.ncregister.com/blog/msgr-pope/comfort-catholicism-has-to-go-it-is-time-to-prepare-for-persecution?fbclid=IwAR1pLG5nCHnMiEfrKmsv9BjKpMb4pkhwKQfQ7IWzhf8YuLMd6BujHuO6ZW0

Yes all believers need to find their spine, and find it fast. More than ever the church of Jesus Christ today needs prophetic warriors, not couch potatoes, compromisers and cowards. Where are those who will stand up and be counted?

As A. W. Tozer put it, “Yes, if evangelical Christianity is to stay alive she must have men again, the right kind of men. She must repudiate the weaklings who dare not speak out, and she must seek in prayer and much humility the coming again of men of the stuff prophets and martyrs are made of.”

Sure, such prophets will be hated not only by the world, but by the comfortable and craven pew-warmers as well. As Vance Havner said, “Prophets are very disturbing to smug church members who like to sit half-asleep in church on Sunday morning while the minister drones platitudes that offend nobody.

And again: “Prophets have never been plentiful, and the species is threatened with extinction.” And one more: “We need a John the Baptist in America today to call the nation and church to repentance.”

But since I have already referred to Tolkien and his masterwork, let me offer one more quote from it (this time from the film version of The Two Towers):

Frodo: I can’t do this Sam.
Sam: I know. It’s all wrong. By rights we shouldn’t even be here. But we are. It’s like in the great stories, Mr. Frodo. The ones that really mattered. Full of darkness and danger, they were. And sometimes you didn’t want to know the end. Because how could the end be happy? How could the world go back to the way it was when so much bad had happened? But in the end, it’s only a passing thing, this shadow. Even darkness must pass. A new day will come. And when the sun shines it will shine out the clearer. Those were the stories that stayed with you. That meant something, even if you were too small to understand why. But I think, Mr. Frodo, I do understand. I know now. Folk in those stories had lots of chances of turning back, only they didn’t. They kept going. Because they were holding on to something.
Frodo: What are we holding on to Sam?
Sam: That there’s some good in this world, Mr. Frodo… and it’s worth fighting for.

31 Replies to “No More Comfortable Christianity: Time For Prophetic Proclamation and Confrontation”