Hot on the heels of New York’s diabolical new abortion law, we now have the American state of Virginia proposing more blood-thirsty legislation, allowing the murder of a baby right up to the very moment of birth. The radical late-term abortion law being offered there is scary stuff indeed.

Virginia Democratic Governor Ralph Northam, and Kathy Tran who serves in the House of Delegates, have been promoting this bill, and getting a lot of flak for it. They have been widely attacked for this bill which seems to allow a woman to decide at the very moment of birth whether to keep or kill the child.

What the Governor had to say about this bill was scary indeed: 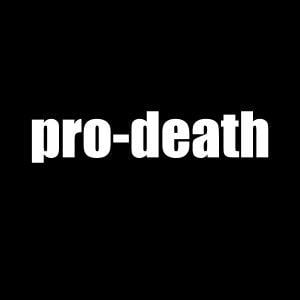 When asked about the controversial late term abortion bill presented in Virginia’s House of Delegates this week, Governor Ralph Northam said a fully developed child born in the third trimester would be kept alive, but the physician and mother would get to discuss and decide whether to take its life or not.

“If a mother is in labor…the infant would be delivered. The infant would be kept comfortable. The infant would be resuscitated if that’s what the mother and the family desired, and then a discussion would ensue between the physicians and mother,” Northam said on WTOP’s “Ask The Governor” segment this morning. The radio host, Julie Carey, did not bother to clarify what he meant by “resuscitated” or whether this meant mother and a doctor could choose to kill a baby after birth, a baby who would have just taken their first breath.
thefederalist.com/2019/01/30/virginia-gov-ralph-northam-implies-babies-can-terminated-birth/?fbclid=IwAR3K9Ev5iLFK74Vw6rkIWP0lbplB_rx-AJEgobwedZp9gtRBYi6Cla8kw6Y

And on Tuesday Republican Delegate Todd Gilbert asked the Democrat Tran, “Where it’s obvious a woman is about to give birth…would that be a point at which she could still request an abortion?” Tran answered: “My bill would allow that, yes.” You can see her squirm here as she says that: www.youtube.com/watch?v=t0kC1B__CJ4&feature=youtu.be&fbclid=IwAR06lNvW59XdQFuBNPV51xobHGpq76OhT-PF9PyHMXcUKUkQwapDpApai-M

Of interest, Tran is also the chief patron of a bill that would protect the lives of insects such as “gypsy moths” and “cankerworms.” There you go again: Democrats who value the lives of bugs over human beings. This is a very sick party indeed.
www.dailycaller.com/2019/01/31/kathy-tran-caterpillars-same-day-abortion/?fbclid=IwAR3-VXzUIWyGyroQ9oGlVMGyD5vrBUx3RlLJjTVRvjbIVjYzA4ixdOtNLN8

And it has been very hard to get any leading Democrats to speak about the Virginia bill, let alone condemn it. Moreover, most Americans are opposed to such radical abortion legislation:

According to a national poll conducted by Marist University, three in four Americans (75 percent) say abortion should be limited to – at most – the first three months of pregnancy. This includes most of those who identify as Republicans (92 percent), Independents (78 percent) and a majority of Democrats (60 percent). It also includes more than six in 10 (61 percent) who identify as “pro-choice” on abortion. A May 2018 Gallup poll found that 53 percent of Americans oppose all or most abortions.
www.lifenews.com/2019/01/30/virginia-democrat-introduces-bill-legalizing-all-abortions-up-to-birth-even-when-mother-is-in-labor/

Even President Trump came out to attack this bill. He called it “terrible” and said it would “lift up the whole pro-life movement like maybe it’s never been lifted up before.”
www.foxnews.com/politics/trump-slams-virginia-democrats-over-terrible-abortion-stance?fbclid=IwAR2dLhGlZcHDvNhnyUayDWvv1gBetUrsAJItzquqYxXe6UAfTfKglV7gQyU

As one prolifer put it, this legislation is essentially a “Gosnell Protection Act”. It most certainly is infanticide, and it is diabolical in the extreme. Others have spoken out against this barbaric bill. Republican Senator Ben Sasse of Nebraska for example rebuked the Virginia governor and said his comments were “morally repugnant.” He went on to say:

“In just a few years pro-abortion zealots went from ‘safe legal, and rare’ to ‘keep the newborns comfortable while the doctors debate infanticide’. I don’t know care what party you’re from – if you can’t say that it’s wrong to leave babies to die after birth, get the hell out of public office.”
www.toddstarnes.com/faith/barbaric-virginia-governor-supports-bill-allowing-abortions-during-labor/?fbclid=IwAR168hoZbHJ7xbE856LlXNHwuYMmXBNHl1bBJBOERQH4RWKzmAE8inmbDbM

And the American Vice President, Mike Pence, also weighed into all this:

There’s another word for this: infanticide. And it is morally reprehensible and evil. Virginia’s bill comes just a week after the New York state senate was filled with cheers following the passage of a similar law. Governor Andrew Cuomo declared it “a historic victory for . . . our progressive values” and directed pink lights to shine on landmarks throughout the state, including One World Trade Center.

This shameless embrace of a culture of death is startling to every American who cherishes life. Not too long ago, the Democratic party’s stated position was that abortion should be “safe, legal, and rare.” It was this widespread rejection of late-term abortion that led a large bipartisan majority in Congress to pass the partial-birth-abortion ban in 2003. But now look at how far the Democratic party has fallen.

To support, let alone cheer, late-term abortions not only marks a disturbing step backward by so-called “progressives” — it also violates every demand of human decency. As modern science has moved the point of viability ever earlier in pregnancy, most Americans have agreed that a child who can survive outside the womb deserves a chance at life. Only a handful of countries, including China and North Korea, allow late-term abortions.
www.nationalreview.com/2019/01/life-is-under-attack-pro-abortion-rampant-in-america/

It is stunning and troubling to see members of the Virginia Legislature and Governor Northam support legislation that embraces violence against children and allows for infanticide. This is not a partisan political issue but rather an issue of human rights and justice. We call upon Virginia to stand against violence and protect her children, which is, our state’s greatest natural treasure. The pro-life and human rights community, as well as all people of justice, will not sit silently by on this issue, but will be a loud and public voice for equal justice and an end to the violence of abortion. The mobilization begins today!”

As the founder of women’s clinics across the country, it is stunning that Governor Northam would show a complete disregard for women’s health issues and the children of his state. By pushing this new abortion legislation, it undermines common sense and compassionate policies which help and support women with unexpected pregnancies. The women of Virginia deserve much better than this.
www.christiannewswire.com/news/9223282173.html

Lila Rose of Live Action said this in a tweet about the earlier abortion bill, “Remember: New York’s legalization of lethal injection for fully formed infants is totally in line with the Democrats’ platform. Even though the majority of their base disagrees with them, the Democratic Party is owned by Planned Parenthood and will defend abortion at all costs.”
www.faithwire.com/2019/01/30/virginia-democrats-propose-bill-that-allows-abortion-up-to-moment-of-giving-birth/?fbclid=IwAR0SrvbmaVdJY4FAndlqHt2e1i4_oBhLQWrcST8L1GvQvwGfCaEAyWN5gro

Finally, to see what is really going on here, please watch this four-minute video in which Tucker Carlson takes on a really disturbing, blatant and robotic pro-deather: www.youtube.com/watch?v=3AZ_wiOjmHc

Wow, that woman’s heart is cold as ice. If the Devil wears Prada, or if the Devil were to appear on a major news network to push the unthinkable, this is exactly how it would look. It is so very horrifying to watch such people push this diabolical death wish on everyone else.

Yes, the Democrats are indeed the Party of Death, and they are now fully supporting infanticide. And with none of the leading Democrat contenders for the 2020 Presidential race speaking out against this, things will only get much worse if one of them should get elected then to the top job.

The words of Joni Earecksen Tada seem most appropriate here: “And gradually, though no one remembers exactly how it happened, the unthinkable becomes tolerable. And then acceptable. And then legal. And then applaudable.”

As Michelle Malkin says, the radical Democrats are all in favour of giving sanctuary to everyone else – especially illegal aliens – but not to the most vulnerable and needy: the unborn. That is where we are now at with the Democrats. Heaven help America – and unborn babies.

Thankfully not every American politician and legislator is as heartless and in love with death as Northam and Tran appear to be. It is quite encouraging to know that some are moving in the opposite direction. Consider two recent and encouraging news items:

And this from Idaho:

Two state representatives in Idaho have drafted a bill that would remove an exemption for abortion from existing homicide statutes, and would consequently classify abortion as an act of murder. “Idaho code defines a fetus as a human and says killing a human is murder. Abortion is in contradiction to the inalienable rights recognized in the Idaho Constitution, and the State of Idaho has the authority to nullify federal laws that would allow abortions,” reads the Idaho Abortion Human Rights Act.
christiannews.net/2019/01/31/idaho-lawmakers-draft-bill-that-would-outlaw-abortion-as-murder/?fbclid=IwAR1eI9yfVv3HuzRqrHVl5F32TZng7axK4K1ULuSx4RAxKfJE9scb-Um32Kk

12 Replies to “Yes Virginia, There Is A Pro-Death Scrooge”