Huh? That Bill guy sure comes up with some rather bizarre titles. But there is in fact a purpose in a piece like this, and for the Christian it has some practical and pastoral implications. It has to do with this: should we keep reading past books from Christians who go off the rails?

Should we keep listening to Christian music when the artist goes off the rails? Let me make two qualifications before proceeding. By ‘going off the rails’ I mean significant things such as: renounce the faith; fall into clear doctrinal error or heresy; or fall into known and unrepented of sin, such as an immoral lifestyle. 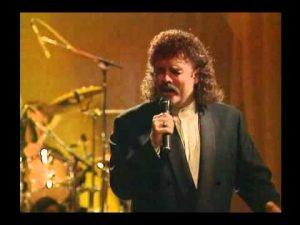 Also, I refer to their past material. If someone moves into heresy or sexual sin for example, most Christians would likely stay clear of any new offerings from these folks. But is the older stuff still of value? With all this in mind, let me offer two examples of this and how we might proceed.

Both cases sadly have to do with well-known and much-loved evangelical Christians who left their wives and kids and took up with male partners. Not just that, but they publicly affirmed and defended their homosexuality. The first involves the English evangelical author Roy Clements.

I have several of his books – Songs of Experience and The Strength of Weakness – and have often quoted from them in my articles and even in my old PhD thesis. I believe someone once objected to me quoting from him because he became a homosexual.

This is unfortunately true as I discovered: in 1999 he left his wife and embraced a homosexual lifestyle, and he now proudly promotes “gay Christianity”. So the question remains, is he still worth quoting – at least in non-sexual areas – or should he be dropped altogether?

In the two books I mentioned above he offered some good insights on the Psalms and 2 Corinthians. But the question is whether I continue to quote him or recommend him in those areas, or give him the flick altogether. Any helpful truth he wrote earlier does not cease to be true, but one does need to wisely consider how far one goes with his past work. Needless to say I will NOT promote any of his new work.

At this point let me interject and note one passage and similar cases: Romans 11:29 speaks about the irrevocable nature of God’s gifts and calling, so how does that tie in with fallen Christian leaders? I speak to that in some detail here: billmuehlenberg.com/2011/06/20/on-christian-gifting-and-character/

My second case involves another very well-known and celebrated evangelical: the American contemporary Christian musician Ray Boltz. I had not known much about him over the years, but a few of his songs seemed worth sharing on the social media.

Two in particular are great songs: “Thank You” and “The Anchor Holds”. Great songs with great content, I thought, and I was going to share them a few years ago, but a quick search turned up this tragic fact: after some three decades of marriage he dumped his wife and kids and took up with male lovers instead.

Once I found out about this I decided not to post his songs, and I found other artists who also sang those songs and used them instead. Sadly I cannot promote a Christian who has left his family and basically left his faith and promotes a sinful, immoral lifestyle.

It is one thing if a Christian leader falls, repents and is restored. But those who continue in sin, or doctrinal error, are not worth running with for the most part. Thus whether I still quote from some of Clements’ earlier and orthodox books is a moot point.

But it is a legitimate issue to consider: what do we do with past material of Christian leaders who have turned away from basic biblical Christianity? In one sense this principle holds: “all truth is God’s truth.” Should the statement “2+2=4” be rejected or at least not shared if a neo-Nazi or a convicted drug-smuggler says it? I speak to this further here: billmuehlenberg.com/2017/11/06/on-quoting-others/

In another article on these matters I said this:

Just because I happen to quote someone does not mean I necessarily agree with everything else that person has ever said. I do not mind quoting truth from someone who may have other views which I may not be so crazy about. All truth is God’s truth, and within reason one can even quote from non-believers and those of other religious traditions. If Gandhi for example had a high view of Christ, I can acknowledge and quote that, even though I of course do not buy most of his non-Christian worldview. If an atheist such as the late Christopher Hitchens says some terrific stuff on Islam and violence, I am more than happy to quote him. That of course does not mean I endorse his atheism.
billmuehlenberg.com/2016/01/07/six-theses-on-truth-error-heresy-and-disagreement/

And all this has nothing to do with being some nasty bigot. But it does have to do with how far we can go in either fellowshipping with or sharing stuff from those who have fallen and remain defiant in their fall. Obviously we live in the world and cannot avoid contact with all sin and sinners.

Sometimes we can choose who we do business with, hang around with, read or listen to. Sometimes we can’t. But we need wisdom and discernment here. We cannot hide in a cave, but we do not want to endorse or condone evil – be it false teaching or immoral living.

Part of the reason I raise all this is because of another case of this happening. I had heard just recently that this leader was in trouble, but to be honest I never heard of the guy before. It seems another American mega-church pastor has been forced out of ministry.

I refer to James MacDonald. As mentioned, I was not aware of this guy until the past week. A quick net search reveals that he “is a Canadian-American evangelical pastor, Bible teacher, and author, originally from Ontario, Canada. He was the founding and senior pastor of Harvest Bible Chapel in Rolling Meadows, Illinois, and is the Bible teacher for his broadcast ministry.”

It seems he was involved in some sort of scandal and was fired. You can read more about this here: www.dailyherald.com/entlife/20190213/harvest-bible-chapel-moves-quickly-to-fire-founder-macdonald-after-recordings-air

But my concern has to do with his past teaching materials and what believers should do with them. A new Christianity Today article says that one major publisher will no longer print his books. They then asked seven Christian leaders to “weigh in on whether we should continue to study works by fallen pastors.”

Their responses for the most part reflect the sorts of things I said above. Let me share just a few bits from their answers. Danny Akin said in part:

This is a wisdom decision and a judgment call. In my own life there are some books that now remain on my shelf and not at my study table. For me, sometimes the nature of the sin is such that I simply cannot read the author the same way or receive the help I once received. This, however, does not cause me to stop praying for them and wanting God’s best for them.

For me it would depend on the type of work and the timing and reason for being forced from ministry—or to put it another way, on how great the contradiction between the author’s books and life. Thus, if I had relied for years on a systematic theology book written by a pastor who stumbled late in his career, long after he wrote the book, I’d probably keep using it, although with some sadness. But if I bought a new book on marriage by a pastor who was discovered to have been unfaithful to his wife for many years, I’d probably throw it in the garbage.

Glenn Packiam made these comments:

We have to think carefully about the content to discern in what way it is connected to its context and to its “carrier.” For example, if the books or sermons distill truth that is confirmed through many voices of wisdom and has been stewarded by the church through many centuries, then we may think of the flaw as being in the “sower” and not in the “seed.” Keep reading or listening. But if the books or sermons emerge from the same theological ecosystem that produced or nourished or enabled their sin, then it is more bad fruit from the same bad root. In that case, it is worth not only setting aside those books and sermons but challenging that particular theological worldview by putting it in dialogue with other theological perspectives. We would need to rethink presuppositions and premises, not just principles.

My personal belief is yes, if a “fallen pastor’s” work is congruent with the grace and truth of Christ, and if it is of value to the body of Christ, then grace allows and might even insist that the work can still be esteemed and benefitted from. Otherwise, we would have to omit Peter’s letters and sermons from the New Testament because he fell twice—denying Jesus three times and then becoming xenophobic with the Gentiles, as told in Galatians 2. And what about all of those psalms written by David before he fell with Bathsheba and murdered Uriah, abusing his power in multiple ways? We should continue to use those, for sure. Or Moses who struck the rock in anger and Solomon who became a womanizer? Indeed, we should still read the books of Moses and Solomon’s Proverbs.…
www.christianitytoday.com/ct/2019/february-web-only/keep-studying-fired-pastors-james-macdonald-lifeway.html?fbclid=IwAR0vktsvlpF7G-DNDX9c44mDqVd5fjuqdvqegzA3jehF5T8GDwXPPetcg50

We all need wisdom here in dealing with this matter. And we all need grace and humility here lest we become another sad statistic concerning fallen believers. No one is immune from falling. Heaven forbid that one day I should stumble in a major way.

If I did however you will need to prayerfully and carefully consider what to do with the millions of words I have written here. But pray for me, and for all our brothers and sisters, that we all stand strong and resolute and bring glory to our Lord.

16 Replies to “Should I Still Read His Books (Or Listen To His Music)?”