How can we tell if we are living in a safe and protective culture or in a toxic and hostile culture? There are various ways to assess this. But one clear test of any caring and compassionate culture is whether the right to life is a central and fundamental feature of it.

If not, then we are in a real bad way. All caring cultures will do all they can to protect and defend the vulnerable at the very beginning of life, throughout their life, and at the end of life as well. But increasingly Western nations are informing us that they have little respect at all for human life. 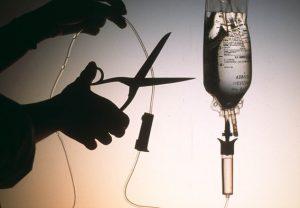 The battle over the last stages of life is one clear indication of this. As with so many of the issues that we are involved in, the euthanasia battle is a relatively recent one – at least in terms of government legalisation of it. The first countries in the West to legalise euthanasia were the Netherlands (2002), Belgium (2002), and Luxembourg, (2008). Since then a number of other states and countries have followed suit.

In Australia the first place to legalise it was the Northern Territory in 1995. However, that law was struck down in 1997. But in November of 2017 Victoria passed quite radical legislation permitting euthanasia. A number of other Australian states are now looking at doing the same.

While euthanasia is presented as something compassionate, it is anything but. Simply looking at what has already happened in those countries and states where it has been given the green light should cause all of us to want to rethink this lethal trend.

All of these jurisdictions insisted that there would be no slippery slope, that there would be plenty of safeguards in place, and that the vulnerable would be protected. This is patently NOT the case. Consider for example the Netherlands where things have really escalated quite badly since 2002. Now it is not just the elderly who are suffering who can be put down by doctors, but even depressed young people, among others.

To see just how bad things are getting there, a lengthy article in the leftist, and generally pro-euthanasia Guardian newspaper from mid-January 2019 can be mentioned. The headline and opening words are ominous enough: “Death on demand: has euthanasia gone too far? Countries around the world are making it easier to choose the time and manner of your death. But doctors in the world’s euthanasia capital are starting to worry about the consequences.”

The article concludes: “The question for any country contemplating euthanasia legislation is whether the practice must inevitably expand – in which case, as Agnes van der Heide recognises, death will eventually ‘get a different meaning, be appreciated differently’. In the Netherlands many people would argue that – for all the current wobbles – that process is now irreversible.”

The article offers this shocking figure from a recent Dutch study: “Altogether, well over a quarter of all deaths in 2017 in the Netherlands were induced.” Horror stories abound from this country. Here are just a few examples of this:

In 2016 “Holland allowed a 20-something sexual abuse victim to be euthanized last year after doctors convinced her that treatment for her mental disorders was hopeless.” Also in that year, “A doctor in the Netherlands performed euthanasia on a 41 year-old father of two who claimed his alcoholism had made his life unbearable.” And in 2017 “A doctor went through with euthanizing a patient even while the patient fought her, because the doctor didn’t want the patient to get ‘cold feet’.”

I wrote a book on this issue in 2016 called The Challenge of Euthanasia. The first half of the volume looks at the social, medical, scientific and moral concerns, and it offers careful documentation of some of the matters referred to above. The book deals with ten major concerns about legalised euthanasia, or physician-assisted suicide, which can be listed here:

One. The doctor-patient relationship is weakened
Two. The right to die implies a duty to kill
Three. The most vulnerable will be at risk
Four. Legal euthanasia sends out the wrong message
Five. Autonomy, freedom of choice, and self-determination
Six. “Safeguards” and the slippery slope
Seven. Hard cases make for bad law
Eight. Faulty diagnoses and prognoses
Nine. Palliative care
Ten. A faulty understanding of compassion

That book, along with a number of others, makes it clear that we can do much better with those who are suffering than to take the cheap and easy way out by simply killing the sufferer. The slippery slope inevitably takes place, and so-called safeguards prove to be not worth the paper they are written on.

Let me look more closely at just one of these areas with a few clear-cut examples. Faulty diagnoses and prognoses are a much bigger problem than the pro-death camps lets on. In my book I offered plenty of examples of this. But a helpful and well-referenced piece on the Euthanasia-Free NZ website is worth sharing from here. The article begins:

People will die because of mistaken diagnosis or prognosis. Even with modern technology, doctors cannot accurately diagnose terminal illness or estimate the time to death in every case. Countless people given only a short time to live have recovered and survived long-term. But with euthanasia the result is always final – there is no second chance. Both medical diagnosis and prognosis are matters of probability, not certainty. Diagnosis is not a process guaranteeing 100% accuracy….

We believe it is unwise to assume that doctors can accurately diagnose terminal illness and correctly predict the time to death. We are concerned that legalising euthanasia and assisted suicide will inevitably lead to the killing of people who are either wrongly diagnosed or given an unduly pessimistic prognosis.

Prognosis (predicting how long a person will live for) is notoriously inaccurate beyond a few days. Every doctor has had his or her share of wildly incorrect prognoses. The following case is illustrative.

Art Buchwald, the well-known American author, was told by his doctor in February 2006 that he had only a few weeks to live because he refused to receive dialysis. The doctor recommended that he move into hospice care. After spending several months saying goodbye to family and friends he had not died and after three months was discharged from the hospice. He went home and wrote a new book entitled: “Too Soon to say Goodbye”. He died on 17 January 2007, eleven months after receiving the initial terrible prognosis.

A palliative care specialist colleague of mine recently stated that the ‘worst’ case she had personally seen was a man to whom she gave a prognosis of six weeks. 20 years later this man survives in apparent good health. Another patient with breast cancer was given a prognosis of less than five years by a respected cancer specialist, but died 23 years later.
euthanasiadebate.org.nz/mistaken-diagnosis-of-terminal-illness-is-not-uncommon/

Or as another article puts it:

Euthanasia is not a medical treatment and is not part of palliative care. Euthanasia is contrary to the medical code of ethics and to international health norms and conventions including the World Medical Association. Euthanasia is dangerous as a form of medical practice with errors in diagnosis up to 20% and prognosis up to 50% and cannot achieve workable safeguards. For example in Belgium, 32% of euthanasia deaths are performed without specific request or consent of either the patient or family despite “safeguards” (CMAJ June 15, 2010). For these reasons palliative care must be adopted as the best practice for end-of-life care and euthanasia and assisted suicide must be prohibited for end of life care.
www.longwoods.com/newsdetail/4970/print

This is just one of a number of major problems found with the legalisation of euthanasia. This is not how a civilised society should deal with its most vulnerable. In sum, a culture that deals with suffering by killing the sufferer is a culture that has lost its way. As ethicist Gilbert Meilaender once stated:

Our task is therefore not to abandon those who suffer but to ‘maximize care’ for them as they live out their own life’s story. We ought ‘always to care, never to kill.’ And it has, in fact, been precisely our deep commitment not to abandon those who suffer that has, in large measure, been a powerful motive force in the development of modern medicine. Our continued task is not to eliminate sufferers but to find better ways of dealing with their suffering.

Or as Paul Ramsey, another important ethicist wrote: “The conviction that one should always choose life lies at the heart of the practice of medicine and nursing. In that sense, medical ethics must be pro-life.”

I and others will continue to work for a culture where the elderly – and everyone else – need never fear that a trip to the doctor or the hospital may be their last trip.

We must choose life.

17 Replies to “Exposing the Euthanasia Myths”