The world is full of things being wasted. A young person is cut down in the prime of life because of bad choices with drug use for example, and we speak of a wasted life. A fave sports teams may have squandered a large lead and end up losing the game. Plenty of perfectly good food gets thrown out by supermarkets each and every day.

A student may have spent years on a higher degree, only to end up flipping burgers to make ends meet. ‘What a waste of time that was’ many might say. One’s body can even waste away because of crippling disease or just old age. There is no end to things being squandered or wasted.

In this life waste and degeneration are perennial problems. Scientists are certainly aware of this, and we have things like the Second Law of Thermodynamics that speak to this. As one science site puts it, “While quantity remains the same (First Law), the quality of matter/energy deteriorates gradually over time.” 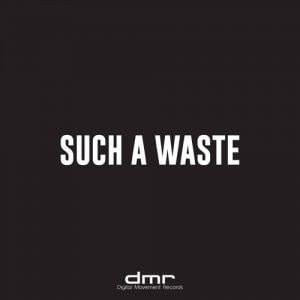 Biblically speaking this is all the result of the Fall. We now live in a fallen world, where things are not the way they were intended to be. Sin has horrific implications, and waste is now a massive part of the world we live in. We all experience this on a regular basis.

The Bible of course often speaks about waste, as in wasted opportunities, wasted gifts, wasted talents, wasted time, wasted lives, etc. Many things are wasted because of our bad choices. The classic biblical story on this concerns the prodigal son who “set off for a distant country and there squandered his wealth in wild living” (Luke 15:13).

Some waste however may not directly be due to anyone’s fault in particular. Insurance companies used to call such things “acts of God”. Was the recent fire at Notre Dame Cathedral just some accident – or something more sinister? When a parent accidentally runs over a young child, that too is a terrible waste, but ultimately still the result of living in a fallen world.

I raise all this here for various reasons, in part because of a rockumentary I watched a bit of last night on television. It was about Jimi Hendrix and his death in 1970 at the age of 27. Many consider him to be the greatest rock guitarist of all time, and mourn his loss. I too used to really enjoy his music (OK, I still do), and I often wonder how he would have progressed had he not died so early on in life.

If he is not your cup of tea and you prefer other types of music, one also thinks of an amazing musical genius like Mozart who died at the age of 35. And Christian musicians are not immune from an early death. Think of Keith Green who died when he was just 28 years of age.

Watching the doco on Hendrix last night reminded me of what a strange fish I must be. You see, I hate waste. Always have. It is not just about mourning the premature death of gifted musicians. I also mourned when I learned about the fire at Notre Dame. I mourn when I lose something of value, such as a book of mine!

I don’t think I am a hoarder, but I usually dislike throwing things away. I do not like to see things wasted. If I am cleaning up the pots and pans at night, I will scrape out any bits of food. I might even scoop up the remaining grains of rice in a pan (either eating them or giving them to the dogs). I just can’t stand to see things going to waste.

Hmm, where did all this come from? Undoubtedly my parents were the main source of this. Like so many other Americans their age, they went through the Great Depression. They knew all about scarcity and lack. They knew full well the vital importance of not wasting anything.

And those habits of frugality and thrift stayed with them all their lives. They must have passed that down to me even in their very genes! I too dislike waste of any kind. So living in a fallen world where waste is everywhere can make things hard on a guy like me! Maybe some of you are like that as well.

But this is where Christian hope comes in. The good news of the gospel is that Christ came to redeem us from sin and to reverse the effects of the Fall. True, that restoration will not fully happen in this life, but certainly will in the next. As Peter said of Christ in Acts 3:21: “Heaven must receive him until the time comes for God to restore everything, as he promised long ago through his holy prophets.”

The key passage is of course verse 25: “I will repay you for the years the locusts have eaten.” Or as the KJV memorably puts it, “And I will restore to you the years that the locust hath eaten.” What was lost will somehow be restored.

The great Puritan commentator Matthew Henry ties in this verse with the story of the prodigal son: “Though, in justice, he distrained upon them, and did them no wrong, yet, in compassion, he makes restitution; as the father of the prodigal, upon his return, made up all he had lost by his sin and folly, and took him into his family, as in his former estate.”

How exactly we are to understand this promise is an ongoing discussion. Is it only a yet-to-come restoration? Was it fulfilled long ago in Old Testament times? Was it fulfilled in the first coming of Christ and the outpouring of the Spirit (Peter quotes the last quarter of Joel 2 in Acts 2:17-21)? Or is it a combination of past, present and future fulfilments?

How ever we answer such questions, it is nonetheless a great word of encouragement. Things that have been lost or wasted may yet be restored. And this is true of not just God’s people as a whole, but of individual believers. We will find much that we thought was gone brought back, because of God’s great grace – if not in this life, then in the next.

Sure, some things will be irretrievably lost. We will never get them back again. But other things will be recovered, restored, renewed and redeemed. God is in the business of restoring the years that the locusts have taken away. Again, that is terrific news.

It sure is for me. I have often referred to the title of Malcom Muggeridge’s autobiography, Chronicles of Wasted Time. I constantly feel that way about my own life. How much of my time has been wasted? How many years have been spent on trivial pursuits and useless activities?

And I refer to my years as a Christian, not just my early years as a non-Christian. I know how much wasted time I am guilty of as a believer. I have squandered so much. Thus I am so very thankful for God’s patience with me, and the marvellous grace that he shows me.

Our God is in the business of waste management. He can overturn loss, recover what has gone off, and recycle waste. For those like me who so dislike all forms of waste and ruin, that is good news indeed. And even if waste does not bother you all that much, it is still wonderful news, since we all have lost so much because of sin.

Let me conclude with two things: a story and a quote. The story has to do with a nearby house that was damaged by fire a few months ago. It seems an elderly woman owned this nice house, but was seldom there, and the fire was caused by some lousy teen arsonist.

I pass by it often. The damaged house still stands, surrounded by a temporary wire fence. I only once saw a car outside of it – family members presumably gathering any salvageable items and treasures. I just returned from a walk with my dogs, and again reflected on this burned-out home. Two months on and nothing has happened.

It has not been levelled to make way for a new house, nor has any remodelling taken place. Each new rainfall adds more to the damaged interior. It is as if the elderly woman who owns the place is so devastated by the loss that she may be immobilised. Perhaps the waste of this nice home is just too much for her, and she can’t bring herself to do anything about it. So it just sits there. She may just be overwhelmed by all the loss and waste.

And consider some words by James Montgomery Boice who comments on the Joel 2:25 passage, and how God can restore what he has taken away:

We cannot undo what is done. Sin is sin, and the effects of sin often continue for long periods. But God can restore what the locusts have eaten. Opportunities may have been lost, but God can give new and even better opportunities. Friends may have been alienated and driven away, but God can give new friends and even restore many of the former ones. God can break the power of sin and restore a personal holiness and joy that would not have been dreamed of in the rebellion.

Are you one whose life has been destroyed by the locusts of sin? Has sin stripped your life of every green thing, so that it seems a spiritual desert? If so, you need to return to the One who alone can make life grow fruitful again. Only God can restore the years that have been eaten away.