I can fully understand any couples today who are seriously questioning whether they should have children. Not for some of the poorer reasons (the world is overpopulated; we just want to live for ourselves and not be encumbered with the burden of kids; etc) but because they are so alarmed at the spiritual and moral meltdown of the West.

Things are degenerating at an alarming rate, and it is our children especially who bear the brunt of this social and cultural cataclysm. Concerned parents really do fear – and justifiably so – that this world is lurching toward oblivion, and why should they inflict all this on any children they might have. 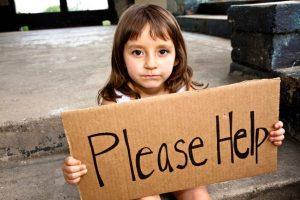 I am not saying all parents who worry about this should not have kids. I am simply saying I fully understand their thinking here. And there are some places in the world that are worse than others when it comes to the war on faith, family and freedom, and other values so many people hold near and dear.

Just a week ago I was in one of them. Don’t get me wrong – it is a beautiful city, built on four lakes, and it has many fine people. But it has long been known as a hotbed of radical leftism. I refer to the college town, Madison, Wisconsin.

I would often hitchhike there from my smaller conservative hometown during the days of my wild, non-Christian youth to be a part of the action. Of course since then I have had a conversion to Christianity and a move away from leftist radicalism.

But Madison is still much the same today. Now it is filled with a lot of ageing hippies and still tends to vote for leftist candidates and political parties. As my wife and I walked along the pretty streets of Madison just recently we noticed many homes had various signs proudly displayed in their front yards. One of them said this:

IN THIS HOUSE, WE BELIEVE:
BLACK LIVES MATTER
WOMEN’S RIGHTS ARE HUMAN RIGHTS
NO HUMAN IS ILLEGAL
SCIENCE IS REAL
LOVE IS LOVE
NO MATTER YOUR FAITH OR ABILITY
KINDNESS IS EVERYTHING

Hmm, that in itself is worth an entire article! Plenty of rather vacuous leftist rhetoric and clichés there, along with all the usual identity politics and hot-button causes of the left. But I write all this to provide some background to something I just received in an email.

It provides the perfect illustration of what I have been talking about, and would confirm the fears of every concerned parent in America in general, and Madison in particular. It has to do with an elementary school teacher who has decided he is no longer a he.

As Mat Staver, Founder and Chairman of the Liberty Counsel explains:

If you want to see where HR 5, the so-called “Equality Act,” will take America, let me show you. What I’m about to share reveals why it’s so crucial that you and I oppose HR 5. In Madison County, Wisconsin, an elementary school teacher formerly known as Mark “Vince” Busenbark made a startling “transgender coming out” video that was shown to K-5th grade children at his school two weeks ago.

Busenbark, an authority figure, told these young, innocent and highly impressionable grade schoolers he is now neither male nor female but “transgender” and/or “non-binary.” And he made a “request.” He asked that students now call him “Mix” or “Mx. Steel” instead of “Mr. B.” or “Mr. Busenbark” (or even “Mr. Steel”). He did so in order to have the children endorse his claim that he is neither wholly male, nor wholly female, but a “mix” or “non-binary.”

Busenbark is effectively asking young children to endorse his sexual confusion (at best) or his sexual fetish (at worst). And Busenbark’s manipulation has already had an effect, based on a single video showing. One teacher emailed him that a kindergartner said, “I feel the same way at times” as “Mx. Steel.” Another teacher said that as a result of the video, other children “just accepted” a girl’s claim that “she is a boy now.”

Not only that, but Busenbark prejudiced these youngsters against people who respectfully disagree with him on transgenderism. Busenbark informed the grade schoolers that such people are motivated by “fear” and “hate.” This is outrageous! Busenbark has no legal authority to force students to call him “Mx.,” nor to manipulate them with the idea that they must obey him or be seen as “disrespectful” or “hateful” or “not loving.”

Liberty Counsel is pursuing this situation. Last Friday, we sent a detailed public records request to the Madison school district. But here’s the thing. Busenbark will have the legal wind at his back if HR 5, the dangerous “Equality Act” becomes law.

That’s because this radical law directs K-12 schools and daycare centers to force children to obey adults who show up at work one day as a man and the next day as a woman. These children are at a highly impressionable age. When kindergarteners have seen such events in the past, many have gone home shaking and crying, worried that they could wake up with a different gender!

One more thing. There is no religious exemption to this bill. Busenbark–or someone like him–could do the exact same thing at any religious school under HR 5. That’s how extreme and revolutionary this law is. It will unleash unconstitutional chaos in America.
lc.org/newsroom/details/20190528mxd-up-in-madisonhr-5-preview

Let me make two quick qualifying remarks. There is no Madison County, only the city of Madison city in Dane County. And HR 5, or the “Equality Act,” most certainly is a terribly bad piece of legislation. I have written earlier about how very dangerous it is: billmuehlenberg.com/2019/04/01/on-the-ominous-us-equality-act/

But everything that Mat has shared is shocking indeed. Pity the poor school children at this school, and others around the West who are being deliberately targeted by the radical trans revolutionaries. I have already written 177 articles on how bad this is, especially for our vulnerable and innocent children.

No wonder parents are having second thoughts about bringing children into this kind of world. Far too many adult activists have declared war on our children, and we are living in some of the darkest times of modern history. Lord have mercy on our children.

20 Replies to “Moral Madness in the Mad City”