If you like blues and rock, you would know of a few old classic tunes, such as Muddy Waters’ I Can’t Be Satisfied (1948), or the Rolling Stones’ (I Can’t Get No) Satisfaction (1965). Both spoke about the frustration of not getting the satisfaction they were looking for. And both had sexuality as a sub-theme as well.

In case any old Muddy fans are out there, you can listen to the tune here: www.youtube.com/watch?v=CakqPuwFAIc 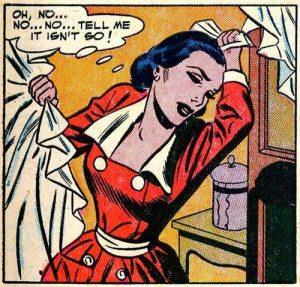 And we see this most clearly in the area of sexuality. The bottom line, according to the new gender police, is this:

-Those who are dissatisfied with the natal sex can choose to identify as the opposite sex – or anything else that their hearts desire. You are and can be whatever you want to be.
-Those who are dissatisfied with their same-sex attractions cannot be allowed to dislike this; they must remain as they are; and those who seek to offer help and counsel for such people will now be declared to be hate mongers and treated as criminals.

Let me elaborate. The new trans madness activism has declared that what you desire or want to identify as is all that matters. It has fully declared war on biology, on sexuality, on your DNA and on reality. Now anyone can just make things up as they go along.

The new sexual revolutionaries have both feet planted firmly in mid-air. There is no longer any such thing as reality or biology. We are simply whatever we want to be. To get a sense of the utter insanity of all this, consider this meme making the rounds on various radical feminist, homosexual and trans websites:

Oh dear. Let’s just change things around a bit and see how all this works out:

Hey, why not? I happen to have NONE of the things listed above, but I sure do identify as an airplane. So who wants to go for a ride with me? Who is ready to fly the friendly skies with me? And if you are hesitant, reluctant or doubtful about such a trip, you clearly are a lousy bigot and prejudiced hater.

But on the other hand, if you are someone who has same-sex attractions, and you are not satisfied with them, increasingly the Totalist Sexual State is denying you the right to seek change. You MUST remain as you are. All help is verboten.

We see this happening all over the West with the war on reparative therapy. States are making it illegal to offer any help, any support, any counsel, or any advice to those who seek such things. They forever must be dissatisfied with the way they are, because the Big Brother tyrants have decided you are born homosexual and you can never change.

This is a matter of fundamental PC doctrine that cannot be gainsaid or challenged. Homosexuals are that way from birth and must die that way – even if they want out. But see my many articles for more on this war on choice, such as: billmuehlenberg.com/2018/12/11/the-war-against-conversion-therapy/

Do you see the utter madness of all this? Any person who decides he or she wants to change their sex can do so – it is all entirely a matter of choice. It is all about your desires and whims, and what you identify as. There is no biological or genetic fixity to any of this. It is all a social construct. End of story.

However, those unhappy with same-sex attractions ARE fully and forever locked into this. It is part of who they are, biologically and in every other way. Change is impossible – or rather, change will NOT be allowed to take place. The Sexual Totalitarians have decreed it to be so, and all recalcitrants WILL be punished.

-A boy thinks he would rather be a girl: No Problemo. The only problem is all those hate-filled, intolerant bigots who think this is not exactly possible or desirable.

-A man knows he dislikes his homosexual feelings, and wants help to move in the direction of heterosexual attractions: Big Problemo. And those who seek to offer him the help he is desperately looking for are evil and coercive monsters. Yep, OK.

Let me draw upon two recent articles to further make my point. The first comes from a feminist website. The author makes this rather important point, as stated in her title: “If you cannot define women, then you cannot defend them.” Exactly. She says this:

There is no such thing as living as a woman. We are women. And it is our female biology which makes us women. It is our sex. And biological sex is observable in every single cell in our bodies: it is a physical, material and biological fact. And our sex is what makes us a class. Our sex which makes us uniquely vulnerable to male violence. Our sex which means we bear the entire burden of reproductive labour. The structural oppression which women face as a class is because of their sex. And that is why all women need legal recourse to separate and sex segregated spaces.

It is simply not ethical to categorise males as females based on their subjective feelings. To do so means the female sex no longer has legal protections or legal meaning and is instead reduced to destructive, regressive gender stereotyping. If you cannot define women, then you cannot defend them.
womansplaceuk.org/2019/05/26/if-you-cannot-define-women-then-you-cannot-defend-them/

While I of course do not concur with all the feminist rhetoric here, her point about women being women is so important. If anyone can be anything they want to be at any time, then there is no point in trying to defend or protect anything.

If you are into saving the whales, but I identify as a whale, then that pretty much ruins that cause. Only by acknowledging the uniqueness of a certain group or class can we properly talk about it and seek to protect it. To claim that everything is essentially in a state of flux is to deny the existence of everything.

Finally, consider this piece which speaks of an impressive rally of 200 ex-homosexuals that just took place in Washington D.C. Here is how one report looks at the ground-breaking rally:

Ex-homosexual and ex-transgender men and women from around the country descended upon the Nation’s Capital this weekend for the Second Annual ‘Freedom March’ where they proclaimed the freedom they’ve found in abandoning homosexual and transgender practices.

“Look at this! This is Amazing! They say we don’t exist!” declared author and documentary producer M.J. Nixon, a March co-founder, as many gathered for a group picture. About 200 participated this year—a threefold increase over last year. Former transwoman Jeffrey McCall kicked off the rally on the grounds of the Washington Monument, explaining that nobody here was forced to change; “It was the power of the Holy Spirit and the grace of Jesus Christ that fell on all of us.”

One testimony after another from the racially diverse group of mostly millennials spoke about their personal conversion to Jesus and the freedom they have found from lives dominated by active homosexuality or gender dysphoria. Angel Colon, who survived the Pulse Nightclub massacre Orlando, Florida where 49 died, told his harrowing conversion story which began that night three years ago. “As I lay on the ground shot multiple times —couldn’t move— I said to the Lord, ‘I am not leaving this building dead tonight’,” recounted Colon.

“You promised me I have a purpose in life. You promised my Mom that the baby inside of her womb was special and [You] had a purpose for his life,” he said. “I am not leaving here dead, Lord; I am leaving here alive and when I do, I am going to worship you for the rest of my life.” Colon has kept his promise to God, traveling the world preaching about the freedom he has found in Jesus Christ.
www.lifesitenews.com/news/200-ex-lgbt-men-women-rally-to-show-freedom-theyve-found-in-following-jesus

These are the very real people who are basically invisible – those who are not supposed to be there. The leftist narrative says such people simply do not exist. But I can assure you they are alive and well. I know a number of these individuals. Their lives most certainly have been turned around, and they are so very thankful that the help and counsel they were looking for was available at the time.

There are so many amazing testimonies like this of lives that have been transformed. But in our hyper-sexualised PC climate, such transformation can only happen for trans folks who simply click their fingers and proclaim they are an altogether different sex.

If you want to change into something you are not and cannot be, that is just peachy. But if you want to change out of an unwanted lifestyle, that must not be allowed to happen. Such is the bizarre and sick world that we now live in. And it looks to be only getting worse.

As long as this sexual insanity reigns supreme, I for one just can’t be satisfied.

27 Replies to “Sex Wars: Can’t Get No Satisfaction”