America and the West did not come out of nowhere. They have a past – a past steeped in various important ideas. These ideas span some 3000 years. Primarily, the ideas of Greek thought and the Judeo-Christian worldview underlie the West and its greatness.

It was the combination of Athens and Jerusalem that led to Western civilisation and all its benefits. But all that is under threat today. The West is collapsing at a rapid rate, and those who would seek to stop the rot need to relearn the lessons of history, and discover what made us great in the first place. 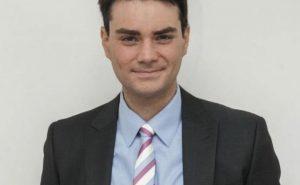 That is what Ben Shapiro seeks to do here. As such, this is a book of ideas, or the history of ideas. It is a popular-level retelling of the story of Western philosophy, especially political philosophy. Those familiar with such things may not find too much new here, but it is a nice way to package a lot of important information.

How did the ancient Greek emphasis on reason, on purpose, and on natural law, combined with the Judeo-Christian worldview, help produce some of the most free, most prosperous and most democratic cultures ever? And why is all this now under threat?

Failing to learn from history means we are doomed to repeat past mistakes, and while most folks may be more concerned about how their favourite sports team is doing, or which new big-screen TV they might get, we need to know our history and the big ideas that made our history.

Thus this is a book of old ideas, old values, and old beliefs which have largely been lost. But they need to be reclaimed and revisited if we want to see the West survive. And we must recall that although it took three thousand years to get to where we are at today, we can lose this in a matter of years.

It is so important to know where we came from, and to learn about those forces and ideas that contributed to our greatness. Although an Orthodox Jew, Shapiro keeps coming back to these two main streams that have led to all that we enjoy today:

Jerusalem and Athens built science. The twin ideals of Judeo-Christian values and Greek natural law reasoning built human rights. They built prosperity, peace, and artistic beauty. Jerusalem and Athens built America, ended slavery, defeated the Nazis and the Communists, lifted billions from poverty, and gave billions spiritual purpose. Jerusalem and Athens were the foundations of the Magna Carta and the Treaty of Westphalia; they were the foundations of the Declaration of Independence, Abraham Lincoln’s Emancipation Proclamation, and Martin Luther King Jr.’s Letter from Birmingham Jail.

Because this book covers so many big ideas from so many centuries, one can only highlight certain specifics here. Consider how the Enlightenment in its different forms led to quite different outcomes. Says Shapiro, “the Enlightenment had two strains – one based on Athens and Jerusalem, the other bereft of them.”

The much more secular French Enlightenment led to the bloody French Revolution and the Great Terror. The English and American Enlightenment led to the American Revolution and the birth of a new nation awash in religious liberty. Given that Shapiro is American, that nation gets a fair amount of attention here. He notes that America was “the first country in history to be crafted based on philosophy.”

The Founding Fathers were devotees of Cicero and Locke, on the Bible and Aristotle. They’d done their reading. And they based their new national philosophy on the lessons garnered from that reading: natural law, rooted in reason and enshrined by religion…

The founders weren’t heedless narcissists, unconcerned with the dangers of radical individualism – they feared a society of religion-less individuals. Nor were they tyrannical collectivists – they feared mob rule and the heavy hand of government cramming subjective definitions of “virtue” down the throats of individuals. All this is clearly visible in the Declaration of independence.

The American experiment was unique indeed, and was one of the greatest attempts known to deliberately create a new nation based on the wisdom and values found in Judaism and Christianity, as well as ancient Greece. And incredibly, it worked. This was no fluke, but the result of very careful and prayerful thought and action:

“The founders, despite common misperception of their religious practice, were well aware of the necessity for a community of virtue-seeking religious believers in their new republic. The vitality of religion was a precondition for a healthy society. No wonder the founders placed such heavy emphasis on freedom of worship.”

And equally important, “Rights and duties, according to the founders, were simply two sides of the same coin.” Where do we hear about duties and responsibilities today? It is all about ‘my rights’. America in fact is crumbling because we have ignored the founders’ intentions and wisdom.

As all this emphasis on virtue, on religion, and duty are now being lost, the republic is deteriorating. We are simply living on the borrowed spiritual capital of those who preceded us. But no society can long last on the fumes of former glory and greatness.

Thus the urgency of a book like this: to remind us of how we became so great, and why we are now so rapidly losing that greatness. Shapiro has performed a great service here in tying together in one helpful narrative the story of three millennia of thought that led to the creation of the West.

And as we now see the decline of the West, we need to quickly relearn our history. So I highly recommend this volume. Sure, it is not without its shortcomings. Let me refer to just one. As mentioned, Shapiro is not a Christian, and sometimes he gets things wrong about the faith.

For example, he writes: “Christianity provided a sense of communal purpose in fighting for the good. But Christianity, like all religions, focuses on the spiritual to the exclusion of the physical.” He says it failed to “take into account the drive for betterment in the physical world.”

But this is clearly not the case. Christianity has often been described as the most this-worldly of religions. Wherever it went, it focused not just on our spiritual needs, but on our physical and material needs as well. The spread of Christianity meant the spread of schools, hospitals and a million other practical helps to mankind and his needs.

But all up this is an extremely useful volume to remind us about our past, to teach us why we are losing it all, and to help us reclaim it – if it is not too late.

12 Replies to “A Review of The Right Side of History. By Ben Shapiro.”