This is without question a rather perplexing text!

There are various biblical texts which can be rather difficult to interpret and understand. This verse would certainly be one of them. The verse in question says this: “But even the archangel Michael, when he was disputing with the devil about the body of Moses, did not himself dare to condemn him for slander but said, ‘The Lord rebuke you!’”

There are a number of questions that arise here. While some linguistic and textual issues could be considered, it is the biblical and theological issues that I will mainly look at. I have chosen this verse for at least two reasons. One, because it is indeed a difficult passage. 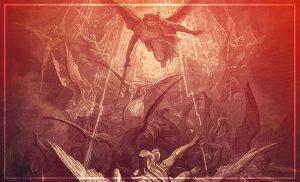 And two, because someone once tried to use this verse against me. But he was clearly misusing this text as he sought to rebuke me for calling out a false teacher. As I said in my reply to him:

Slander, as commonly understood, means this: “the action or crime of making a false spoken statement damaging to a person’s reputation.” It is illegal because it involves falsehood. So calling out a false teacher has nothing to do with slander. The Jude text is based in legal language, and the principle here is that God is the ultimate judge in this matter. So too, God alone ultimately knows those who are truly his, but that does not mean we have no place in exposing bad doctrine and dodgy living. We are commanded to do this constantly in the New Testament.

So let me try to bring some clarity as to what this passage is in fact saying. The general context of the verse involves Jude’s concern with false teachers, and those who are being rebellious and pushing sexual license. They are, as he says in verse 4, “ungodly people, who pervert the grace of our God into a license for immorality and deny Jesus Christ our only Sovereign and Lord.”

It is admittedly a very difficult text, since we don’t even have a specific Old Testament source for this episode. All we have on this is Deuteronomy 34:5-6: “And Moses the servant of the Lord died there in Moab, as the Lord had said. He buried him in Moab, in the valley opposite Beth Peor, but to this day no one knows where his grave is.”

What we have here is one of those rare cases where a New Testament writer is quoting from or referring to a non-canonical, or apocryphal book – in this case, the Jewish pseudepigraphal writing, the Assumption of Moses, or the Testament of Moses (from, approximately, the first century AD).

Jude’s readers would be familiar with a later OT incident as recorded in Zechariah 3:1-2: “Then he showed me Joshua the high priest standing before the angel of the LORD, and Satan standing at his right side to accuse him. The LORD said to Satan, ‘The LORD rebuke you, Satan! The LORD, who has chosen Jerusalem, rebuke you! Is not this man a burning stick snatched from the fire?’”

So why is Jude alluding to this other book? In this apocryphal story Satan is accusing Moses of sin, and saying that he should therefore not be allowed to enter into God’s presence. But we have to ask this question: against whom does Michael dare not bring an accusation?

Most commentators take it to be Satan, but some have argued that Moses may in fact be in view. The scholars are divided on who is being referred to here. At best, I can offer a few quotes from those on either side of the debate. Let me run with the minority view on this. Dick Lucas and Christopher Green say this:

It is easy but very confusing to think he means Satan. But the Zechariah allusion to Joshua makes it certain. Jude means that Michael refrains from accusing Moses. The NIV brings out the difficulties of Jude’s subtle word-play well. It is important to notice, though, that the phrase translated bring a slanderous accusation has nothing to do with being rude or offensive. It is a legal phrase, meaning ‘to pass a judgment or decision about slander’. Satan was apparently accusing Moses of slander. Even Michael did not dare to make a legal decision about Moses in this case, but handed the decision over to God and rebuked Satan for his presumption.

As to those who take it as a reference to Satan, Douglas Moo says this: “Presumably, Jude’s point is that the false teachers are so presumptuous as to do what even Michael, the archangel, refused to do: rebuke, without the Lord’s authority and backing, Satan or his associates. For Michael did not himself rebuke Satan; he called on the Lord to do so. The false teachers, however, disparage evil angels on their own authority.”

Or as Thomas Schreiner comments, “Michael refused to utter a word of judgment against the devil. The verse, then, has a simple contrast. Michael did not dare to pronounce a condemning judgment upon the devil. He left the judgment of Satan in God’s hands, asking God to finally judge him. Such a reading of the verse fits well with our understanding of 2 Pet. 2:10-11.”

Richard Baukham offers an explanation about how this text ties in with the larger context of Jude’s letter:

Michael’s behavior contrasts with that of the false teachers when they reject the accusations which the angels, as spokesmen for the Law, bring against them. They do so because they claim to be above all such accusations, subject to no moral authority. In fact, even if they had the status of Moses or Michael, they would remain subject to the divine Lawgiver and Judge. Given the context of the allusion, which Jude’s readers knew, v 9 effectively exposes the spiritual conceit of the false teachers, whose attitude to the angels reveals a resistance to authority which will not even be subject to God.

Questions will likely remain about this passage. It is certainly a tough one, and one that I do not claim to have the final word on. But the general point is the rebuke of the immoral false teachers who seemed to be pushing a hyper-grace sort of message.

N. T. Wright offers this by way of a summary statement:

Once you reject supernatural authority, it’s easy to reject human authorities as well, whether in the church or in the wider world. And once you do that, the most obvious thing is to cast off restraint in any and every aspect of behaviour, not least in relation to sex….

The teachers are overthrowing or ignoring the proper structures of authority, and the result is moral chaos and pollution. . . . The teachers appear to offer a way of life which is exciting, different and liberating; but the only thing they achieve is shame, darkness and chaos.

Given all the difficulties involved here, it is always helpful to bear in mind this general principle of biblical interpretation: it is always wise not to use a perplexing text and allow it to form the basis of discussing or refuting more clear passages. Instead, we should move in the opposite direction: use the clear(er) passages to help illuminate and explain the less clear texts.