One of the dumbest bits of advice anyone can give you is to run with whatever makes you happy. This has become an unofficial default ethical principle for most people in the West. They may not always be able to articulate it, but they live it: if it makes you happy, then go for it.

There is in fact a moral philosophy that basically promotes this. Utilitarianism is a philosophical system that says we should measure any action by the consequences it produces. And utilitarians like Jeremy Bentham (1748–1832) spoke of the greatest happiness of the greatest number as the basic foundation of morals and law. 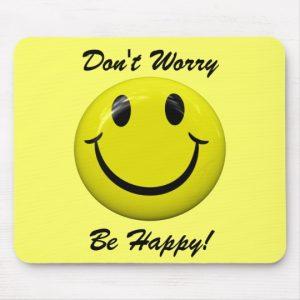 Most folks today may never have heard of folks like Bentham, but they are living out this philosophy on a daily basis. Whatever makes them happy is basically their operating principle in life. Instead of asking if a certain action is right or wrong, they simply assess it by how happy it makes them – or doesn’t.

And it is not just ordinary Joes who think this way. Plenty of our leaders and elites run with this as well. On a regular basis we hear our opinion makers and commentators pushing this view. Just the other day I heard yet another example of this.

On an afternoon television news show there was a discussion segment where two guests and the host debated several topical issues. The two main ones discussed were removing gender from birth certificates, and euthanasia. As it turned out, both guest commentators as well as the host were fully in favour of both: the gender bender agenda, and legalised euthanasia.

Um, why in the world call this a “debate”? There is no debate when everyone agrees and there is no one there with a differing opinion! But I digress. My point is, there was this guy pushing the happiness line. He is some big cheese influential public figure who has been around for decades.

When it came to the trans debate he said that as long as the child doing this is happy, that is all that matters – end of discussion. Oh dear – this was all he could come up with? Really? If it makes you happy, go for it? Nothing else matters or should be considered?

The obvious problem with this guy’s view in particular, and the utilitarian philosophy in general, is easy enough to discover. Happiness is a very subjective concept. Who determines what it is – or should be? Is anything morally legit if it makes me happy? What if my happiness conflicts with your happiness?

On and on it goes. Obviously such things should not trump all other considerations. And if a person is happy when he tries to celebrate and promote, say, his Jewishness, he is going to come into some pretty steep conflict with a person who is happy about his neo-Nazi beliefs and practices.

It needs to be pointed out that it is not just secular and irreligious people who run with the happiness-at-all-costs principle. Far too many Christians can do this as well. They should know better – if they actually read their Bibles. But they live just like any other pagan – as long as they are happy, that’s all that matters.

J I Packer discusses this in his 1987 volume, Laid Back Religion (Tyndale, 1987). It was released in the UK with the title, Hot Tub Religion (IVP, 1989). In the book he refers to “eudaemonism”. He discusses unhelpful and unbiblical teachings such as the health-and-wealth gospel and then says this:

‘Eudaemonism’ is an uncommon word for which I should perhaps apologize. I use it because it is the only word I know that fits. I has nothing to do with demons. It comes from the Greek for ‘happy,’ eudaimon, and Webster defines it as ‘the system of philosophy which makes human happiness the highest object.’ I use the word as a label for the view that happiness means the presence of pleasure and freedom from all that is unpleasant. Eudaemonism says that since happiness is the supreme value, we may confidently look to God here and now to shield us from unpleasantness at every turn, or if unpleasantness breaks in, to deliver us from it immediately because it is never his will that we should have to live with it. This is a basic principle of hot tub religion. Unhappily, however, it is also a false principle. It loses sight of the place of pain in sanctification whereby God trains his children to share his holiness (see Heb. 12:5-11). Such oversight can be ruinous.

Happiness, in the sense defined, will be enjoyed in heaven. Revelation 7:16-17 shows us that. When glorified with Christ our condition will be one not simply of quiet contentment with the way things are (happiness at its lowest), but of conscious joy and a whole-hearted delight in everything around (happiness at its highest). There is, however, a catch. Heaven is a state of holiness, which only persons with holy tastes will appreciate, and into which only persons of holy character can enter (Rev. 21:27, 22:14f).

Holiness is not a price we pay for final salvation, but is, rather, the road by which we reach it, and sanctification is the process whereby God leads us along that road. The New Testament shows us that in the school of sanctification many modes of pain have their place – physical and mental discomfort and pressure, personal disappointment, restriction, hurt, and distress. God uses these things to activate the supernatural power that is at work in believers (2 Cor. 4:7-11); to replace self-reliance with total trust in the Lord who gives strength (1:8f., 12:9f.); and to carry on his holy work of changing us from what we naturally are into Jesus’ moral likeness ‘with ever-increasing glory’ (2 Cor. 3:18)….

So any form of the idea that since God really loves us he must intend to keep us, or immediately to deliver us, out of all the troubles that threaten – poor health, lonely isolation, family disruption, shortage of funds, hostility, cruelty, or whatever – should be dismissed as utterly wrong. Faithful Christians will experience help and deliverance in times of trouble over and over again. But our lives will not be ease, comfort, and pleasure all the way. Burrs under the saddle and thorns in our bed will abound. Woe betide the adherent of hot tub religion who overlooks this fact!”

Yes exactly right. As I was about to conclude this article, I came upon a post in the social media which provides more examples of the madness of this dangerous and unbiblical ‘happiness-first’ mentality. The story opens this way:

A Catholic school in Ireland announced its new gender-neutral uniform policy for elementary-level pupils that allows girls to wear pants and boys to wear skirts starting in September. St. Brigid’s National School is located in Greystones, a small town near Dublin. The school will allow cross-dressing for its elementary students in order to confirm with transgender ideology. School principal Máire Costello said, according to the Irish Times, that the school’s student council was behind the idea, which was welcomed by the school board and parents. Costello told the paper that the school has students who are “questioning their sexual identity” at an earlier age.
www.lifesitenews.com/news/catholic-school-in-ireland-will-allow-boy-students-to-wear-skirts

Now I have no doubt that these carnal and compromised school leaders will justify this with all the usual weasel words: tolerance, diversity, acceptance, and so on. But at the end of the day it is another sell out and capitulation, not just to political correctness, but to the utilitarian view of things.

‘Hey, if it makes the child happy, who am I to resist this? If a boy now thinks he is a girl, the main thing is to let him express himself and be happy. We sure don’t want to stymie him or limit him in any way. Happiness rules!’ Indeed, if you keep reading the article, this is EXACTLY what they give as their justification for this madness:

Saying the school wants children to have a “happy experience in school,” Costello added, “If that means girls wearing trousers or boys wearing skirts, so be it. The most important thing is that children should feel comfortable and happy over how they are dressed.” She claimed that school council members researched the opinions of their fellow pupils and found that school management supported the change.

There you have it folks. Happiness is elevated above everything else – even at a Catholic school. Forget about holiness and rightness and goodness – there is only one thing that matters: one’s own personal happiness. Go for happiness whatever the cost, and nothing must be allowed to get in the way of it.