That the Western church has some pressing problems goes without saying. While pockets of believers remain faithful and true to Christ and his Word, we have far too much rank disbelief, disobedience and deception found all over the place.

Sadly there is never a shortage of examples of this. I encounter it repeatedly, so I write about it often. And an event from yesterday is just another case of this. It in fact entails two problematic things – one not so important but the other one very important. Let me begin by briefly dealing with the first of the two.

Why does this happen to me so often? Someone asks to be my friend on the social media, so I check them out a bit, and if OK, accept them. But then I hear nothing from them. Then all of a sudden, they come to my page, pick a fight, attack me, and push some quite appalling nonsense, all the while claiming to be a Christian. 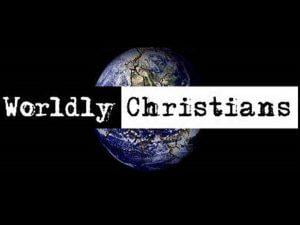 So I try to rationally debate with them, but they get even more angry, emotional, and irrational, and then they take their ball and go home – unfriending me along the way. What is with these people? Why do I always have to put up with them?

But anyone on the social media has to deal with this, so we just have to live with it I guess. However, this very same person was also part of a much more important problem – that of completely siding with the world while ignoring or denying the Word.

This certainly is serious, and sadly it happens all the time. It is an indication of why so much of the church in the West is on its last legs. It involves people who claim to be Christians but who have allowed the surrounding pagan and anti-God culture to completely determine their values and beliefs.

They will simply parrot all the lousy pagan clichés and mantras found in the world. Instead of standing firmly on the solid rock of Scripture over against the false views of the surrounding culture, they do the exact opposite: they align themselves with the ungodly culture, and actually stand against God and his revealed Word.

Examples of this are endless, and this particular gal was a classic illustration of this. I had posted a bit from my recent article on a Christian gal who makes excuses for fornication by claiming Jesus is OK with it all, and saying it is nobody else’s business to judge. That article is found here: billmuehlenberg.com/2019/06/21/judgment-free-christianity-an-express-train-to-hell/

All that is bad enough, but then this gal came along to defend her – and attack the rest of us! Worse yet, she claimed to be a Christian as well. If some clueless pagan came along and said these idiotic things, that would be one thing. But here we have a gal who obviously thinks we are substandard Christians, and she is here to set us straight, and show us what real Christianity is all about! Good grief.

She began with one of the oldest tricks in the book: ‘So who among you are sinless?’ Oh for heaven’s sake. The implication of course is this: since we are all sinners, no one has the right to judge or reprove or assess anyone else. No one – end of story.

But we know that the prophets and the disciples constantly spoke out against sin and evil – even though none of them were perfect. That one fact alone shows how utterly nonsensical this position is. By the thinking of this gal – and others like her – Elijah and Isaiah and Paul and John were all out of the will of God and sinful because the routinely and constantly rebuked sin in others.

When I and a few others pointed out these most basic of biblical truths to her, she simply dug her heels in even further, and emoted even more with increasingly irrational comments. This was among the most bizarre of the lot: “I love how it’s always the Christian male laughingly pointing to his sister in Christ as going to hell. Stop and address your own issues first.”

Um, what!? What on earth is that all about? Now she’s pushing some goofy feminist victimhood trip on us? Really? And just what is she suggesting: that no Christian male can ever say anything negative or correctional to any Christian female? That they can never point out error or sin in a female believer?

But things just kept on going downhill from there. When I pointed out the obvious biblical reality that Paul publicly rebuked others, and he was fully right to do so, she kept on with her rant: “By the way where does it say we are to reject sin and call it out? Where? Show me.” And this: “All sin is ugly but it’s up to the Holy Spirit to convict her. Not you.”

Um, has she ever actually read the Bible? How can anyone make such claims if they are even remotely familiar with the contents of Scripture? Is this just incredible ignorance or wilful defiance? The simple truth is, the Bible is loaded with passages commanding us to rebuke and reprove and call out sin.

Just consider one of these passages – 1 Timothy 5:20: “Those who sin are to be rebuked publicly, so that the others may take warning.” I cannot see how it could get any clearer than that. Yet this gal was so fully immersed in the world and its beliefs that she simply could not handle biblical truth.

It obviously goes against everything she valued so highly: tolerance and acceptance and diversity – all wrongly understood! It was apparent from the start that we were just not going to get very far with her by calmly and rationally running with the Word of God. That seemed to mean nothing to her. It was all about “lurve” and accepting everyone, no questions asked.

But one of the most incredible things that she said during this brief exchange occurred as she further tried to defend and justify the fornicating TV celeb: “she has worked out her own faith with fear and trembling which is all the Lord asks of any of us.”

What! If she actually read the original piece in which the gal proudly defends her immorality – and on public television as well – there is no way in the world her behaviour can be excused. See the original piece here: www.christianpost.com/news/bachelorette-on-shows-sexual-relations-i-can-do-whatever-i-sin-daily-and-jesus-still-loves-me.html

Yet this commentator claims she is working out her salvation with “fear and trembling”! To quote Inigo Montoya from The Princess Bride, “You keep using that word. I do not think it means what you think it means.” How could anyone describe someone who boasts of her sexual immorality on national television as having any sort of godly fear and trembling? This is simply wilful, deliberate defiance of the holy and righteous God.

Yet this other gal wants to fully defend her and make her out to be some sort of Mother Teresa. The mind simply reels at both of these women. They both are clearly wedded to the world and use God-words once in a while to try to justify sin and disobedience. This is scary in the extreme.

But as I said in my original article about this, we have no need to single out a few individuals here, since there would be millions of people in the West who have deluded themselves into thinking they are Christians, but in fact live and think just like pagans. They very likely ARE pagans. Deluded, obviously, but pagans nonetheless.

Moral of the story: When the church becomes indistinguishable from the world, then you no longer have a church. You simply have the world using God-talk as it continues to live in defiance of the one true God. Sadly these two women – one on national TV and the other on social media platforms – are living demonstrations of all this.

As always, we need to keep these two in prayer – they are in desperate need of it. But so too is the remaining remnant of true believers. We must pray that they keep standing strong, and do not fall for the tsunami of deception which is engulfing the church right now.

Who will withstand this onslaught? Who will not sell his soul to be loved and accepted by the world? Who will stay true to God and his Word? Or as Jesus asked in Luke 18:8, “When the Son of Man comes, will he find faith on the earth?”

11 Replies to “When the Church Becomes Indistinguishable from the World”