Maybe it should not be this way, but it is anyhow: the way believers respond to biblical truth is often determined by where they are at – by the environment they are in. Christians living in nations where suffering and persecution are the norm will often respond to Scripture differently than those living in the comfortable, affluent and self-centred West.

Consider China for example. The Chinese government is again ferociously cracking down on Christians there, with churches being closed, believers arrested and tortured, and people even being paid to turn in their believing neighbours. It is even rewriting the Bible to make it align with official policy and ideology.

As one professor from Duke University notes: “The government has orchestrated a campaign to ‘sinicise’ Christianity, to turn Christianity into a fully domesticated religion that would do the bidding of the party.”
www.theguardian.com/world/2019/jan/13/china-christians-religious-persecution-translation-bible 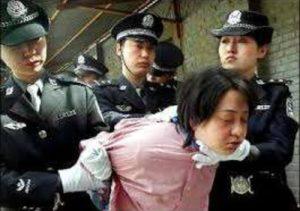 While anti-Christian bigotry in the West is certainly on the increase, it is not yet as bad as it is in so much of Asia and the Middle East. But we seem to ignore the issue. I have penned a number of articles on suffering recently. Given that it is mainly Westerners who come to my website, it may not be surprising that these pieces are not read very much, shared very much, liked very much, or commented on very much.

It seems most Western Christians are not interested in the topic of suffering – even though the Bible speaks to the issue time and time again. Sometimes I wonder what it would take to interest Western believers, to really get their attention, and to cause them shout loud “amens” to what I have written.

Perhaps a lead-in paragraph like this might do the trick: “Christians, do you want to experience a revitalised love relationship with the Lord, see the church profoundly reinvigorated, help the lost become eager for the gospel, and mightily impact the surrounding culture?”

I hope that all Christians would get excited at something like that, and say, “Count me in brother!” But what if I continued by saying, “OK, then one sure way of seeing all this happen is if we start really suffering for Christ. As the opposition and persecution really starts to hot up, these are the results we should expect to see.”

Hmm, why do I think that at this point most Christians would find something else to attend to. I likely would have lost the great majority of them. If this scenario is even halfway accurate, then I have made my case. We in the West just do not want to think about nor talk about suffering. We are far too keen to have our ‘best life now’. And we have far too many preachers happy to give us this distorted and unbiblical message.

While the Bible does not necessarily encourage us to seek out suffering, nor pray to get more suffering, there is no question that it everywhere attests to the great value of suffering. Such hardships and trials separate the sheep from the goats, they refine God’s people, they help them to grow spiritually, and they bring them closer to Christ and his sufferings.

Let me return to the situation in China. There the persecution is so intense that believers have no choice but to seek to memorise the Bible – yes the whole Bible. As the title of a brand-new article puts it, “Chinese Christians memorize entire Bible in prison: Gov’t ‘can’t take what’s hidden in your heart’.” Let me quote from it:

Chinese Christians imprisoned for their faith are memorizing Scripture passages smuggled to them on small pieces of paper because prison guards “can’t take what’s hidden in your heart,” one former prisoner revealed. In a recent sermon, Wayne Cordeiro, pastor of New Hope Christian Fellowship in Honolulu, Hawaii, shared an experience he had on a trip to China, where the church went to train leaders.

The pastor shared how 22 Christians from the Hunan Province took a 13-hour train ride to attend the leadership training held at a 700-square-foot hotel room. Out of the 22 Christians present, 18 had been imprisoned for their faith, the pastor revealed. “If we get caught what will happen to me?” Cordeiro began by asking. “Well, you will get deported in 24 hours, and we will go to prison for three years,” the Chinese Christians responded.

After beginning his lesson, the pastor realized he only had 15 Bibles to pass around, so seven people went without. “I said, ‘turn to 2 Peter 1, we are going to read it.’ Just then one lady handed hers to the person next to her, and I thought ‘hmm interesting,’” he recalled. As the Christians began reading, he quickly realized why she had given her Bible away: she had memorized the whole book.

“When it was done, I went over to her at a break and said, ‘You recited the whole chapter,’” he said. She replied, “In prison, you have much time in prison.” “Don’t they confiscate the Bible?” he asked. She said that while any Christian material is indeed confiscated, people smuggle in scripture written on paper and hide it from the prison guards.

“That’s why we memorize it as fast as we can because even though they can take the paper away, they can’t take what’s hidden in your heart,” she explained. Following the three-day training session, one Chinese Christian man asked Cordeiro, “Could you pray that one day we could just be like you?” “I looked at him and said, ‘I will not do that,’” he replied. “You guys rode a train 13 hours to get here. In my country, if you have to drive more than an hour, people won’t come.”

“You sat on a wooden floor for three days. In my country, if people have to sit for more than 40 minutes they leave. You sat here for not only three days on a hard wooden floor, in my country if it’s not padded pews and air conditioning, people will not come back. In my country, we have an average of two Bibles per family. We don’t read any of them. You hardly have any Bibles and you memorize them from pieces of paper. I will not pray that you become like us, but I will pray that we become just like you,” he concluded.
www.christianpost.com/news/chinese-christians-memorize-bible-prison-cant-take-whats-hidden-in-your-heart.html

Yes Cordeiro’s responses are 100 per cent spot on. Simply look at what Western Christians have memorised. It would not be much of Scripture, but they likely have down pat the words to the latest trendy pop song or film. They would have plenty of worldly entertainment memorised, but would have little clue as to what is in their own Bibles.

That in good measure is why the church in the West is so anaemic, so ineffective, and so unappealing to the world. It is just like the world. The article finishes by quoting from American pastor Francis Chan:

Francis Chan said he believes the reason the underground Chinese church has grown so large is that Chinese Christians “actually believed they could make disciples and start these gatherings because Jesus was enough.” “I started to think, ‘This is what made the underground church in China unstoppable. If you have a group of people that actually embrace suffering, how are you ever going to stop them?'” he asked during the “Rethink Church/Rethink Mission” event at McLean Bible Church in Vienna, Virginia, in October.

Chan argued that the problem with churches in the West is they are “so stoppable the moment it gets too difficult.” “What if you actually go, ‘I want to suffer for Christ?'” Chan asked. “Will you suffer to obey these things? Will you actually sacrifice? Because it’s a lot easier to come somewhere and be fed than to love [others] as much as Christ loved you, as much as the Father loves the Son, and to break bread with [others] thinking, ‘Christ was tortured for me; would I do that for [others]?'”

And what made Chan see things this way? Suffering. After seeing how believers so greatly suffered in so much of the world, he quit his megachurch leadership in California and opened a few small house churches. I spoke to this recently here: billmuehlenberg.com/2017/07/04/francis-chan-christian-discipleship-house-churches/

So will we learn from our Chinese brothers and sisters about what real Christianity is? Or will it just be more business as usual? It is up to each one of us to decide.

16 Replies to “Christianity is Thriving in China While Dying in the West: Suffering is a Major Difference”