If you keep these two basic principles in mind, you will pretty well be able to understand what you see and hear – and what you do not see and hear – in the media each day. This will explain why there seems to be such a pro-Islam and anti-Christian bias throughout the MSM. Its not just that it seems this way, but it is this way.

Our view of the world is very much determined by the media outlets we rely on. A major reason why the alternative media arose was because people were getting sick and tired of the monochrome MSM and its decidedly one-eyed view of things. There is a very great need to hear another side to the story than what the lamestream media is offering. 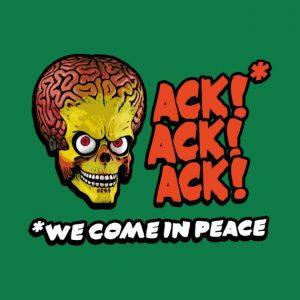 At the end of the day it is up to each one of us as to where we turn to, to get our news and commentary. And in the internet age there is of course always plenty of bogus sites, nutter sites, and conspiracy theory sites that we need to steer clear of. But good alternative media sites are out there nonetheless.

I would like to think my own site offers some of this alternative analysis and commentary of the news and current events. Many others can be mentioned as well. Yet I know of so many people who are totally bound to the MSM. I know of Americans who only watch CNN or read the New York Times. I know of Australians who only watch the ABC or only read The Age.

They will be forever trapped in hardcore leftist ideology if they depend only on those media outlets. So as long as the secular left has a monopoly on the media, and controls what we see and hear, this site and many others like it will exist to give to the public what is being denied by the left-wing big boys.

And the hot potato issues of today which make such media diversity so very essential are easy to identify: things like the trans and homosexual agendas absolutely dominate on the MSM. So too does a strong pro-death ideology. Then there is the rewriting of history, or the black-balling of history.

Another obvious contender is Islam. As mentioned above, most of the media treats Islam as a politically-protected species. Every time another guy with a black beard shouting “Allahu Akbar” lops of the head of some poor infidel, the MSM is utterly loathe to mention the ‘I’ word, or the ‘M’ word or, or even the ‘T’ word.

All this might explain why this piece is my 567th article on Islam on this site. “Getting a bit carried away on this Bill?’ you might ask. Well, no. If the MSM were doing its job properly I would not need to be doing all this work in informing others.

But it is exactly because it refuses to offer fair and objective coverage on this and so many other issues that CultureWatch exists. And it is why by next week I might have 570 articles on Islam. I will keep having a job to do as long as the MSM refuses to do its job.

So what have you missed during the last week or so if you have been relying solely on the usual media suspects? Well there is far too much to cover here, so let me offer just a few recent snippets. I will simply give the title, date, opening paragraph, and link to the original article.

Toronto Muslim: Executing gays may sound “unfair,” but that’s sharia law and “it’s coming to Canada”
June 4, 2019
The honesty was refreshing albeit highly disturbing: A Muslim Al Quds Day protester in Toronto on June 1 advocates that Canada should be ruled by Sharia law. And that would mean, of course, executing gays. Apparently, he didn’t get Trudeau’s “diversity is our strength” memo.
www.therebel.media/toronto-muslim-al-quds-day-rally-executing-gays-part-of-sharia-law-replacement-birth-rates

ISIS claim responsibility for shooting and hacking 13 people to death in Congo region hit by Ebola epidemic
June 5, 2019
ISIS has claimed responsibility for an attack in an area of eastern Congo stricken by the second-worst Ebola outbreak on record. The Allied Democratic Forces, a group with links to ISIS, said that it had killed or wounded 25 people in an attack on government troops in the town of Beni.
www.dailymail.co.uk/news/article-7106385/ISIS-claim-responsibility-attack-eastern-Congo-region-hit-Ebola-epidemic.html

Bangladeshi jailed 42 years for ISIS-inspired attack on Australian host
June 5, 2019
A Bangladeshi student who enrolled in an Australian university with the aim of killing someone in the name of the Islamic State in Iraq and Syria (ISIS) group was jailed for 42 years Wednesday (June 5) for stabbing her local host as he slept. Momena Shoma, 26, admitted to engaging in a terrorist act when she stabbed Roger Singaravelu in the neck with a kitchen knife just eight days after arriving in Australia.
www.straitstimes.com/asia/australianz/bangladeshi-jailed-42-years-for-isis-inspired-attack-on-australian-host

Algerian governor ignores court order and shuts down church
June 6, 2019
A recently installed Algerian governor, Mohamed Djemaâ, is continuing to take the hard line of his predecessor against a church building operating in his province by ignoring a court order and shutting down the place of worship.
Boudjima Church in Tizi Ouzou province was sealed by the authorities on 27 May. The evangelical church has been embroiled in a long-running legal battle with the authorities since 2017 when it was targeted as part of an ongoing offensive launched against churches that saw several shut down.
barnabasfund.org/en/news/algerian-governor-ignores-court-order-and-shuts-down-church

Nigerian Christians Ask Trump for Help Against Jihadi Slaughters
June 7, 2019
Christians in predominantly Muslim northern Nigeria sent an open letter to President Donald Trump on Thursday urging the United States to help persecuted Christians defend themselves from jihadist attacks in the country, typically at the hand of the Fulani herdsman that populate north-central Nigeria. Voice of Northern Christian Movement in Nigeria (VNCMN), a Christian advocacy group, argued that Christians have become a growing target of attacks since the election of President Muhammadu Buhari, himself a Fulani Muslim, in 2015.
www.breitbart.com/africa/2019/06/07/nigerian-christians-ask-trump-for-help-against-jihadi-slaughters/

Iran introduces 2,000 new morality police units in response to women’s hijab protests
June 7, 2019
Iran has introduced 2,000 new morality police units in reaction to what officials call an “increasing defiance” of the compulsory wearing of hijabs. The units, called “resistance groups for verbal and practical response to bad-hijabi women”, were launched recently in the northern province of Gilan as part of a pilot scheme. They are each made up of six women who have the power to arrest and detain those they deem to be flouting the country’s strict veiling laws.
www.telegraph.co.uk/news/2019/06/07/iran-introduces-2000-new-morality-police-units-response-womens/

Muslim gangs in UK jails beating prisoners until they convert to Islam
June 7, 2019
Muslim gangs in UK jails are forcing prisoners to convert to Islam with threats and beatings, according to a new Ministry of Justice report. “The tactic they use is to befriend someone when they come in. If they don’t convert, they will then start spreading rumours about them, that the person is a snitch (informer), so that they will be ostracised. Then the beatings follow,” said a non-Muslim inmate.
barnabasfund.org/en/news/muslim-gangs-in-uk-jails-beating-prisoners-until-they-convert-to-islam

NY man arrested for plotting an attack on Times Square, killing police
June 8, 2019
A New York man who prosecutors say plotted an attack on Times Square, spoke about killing police officers and praised Islamic militants appeared in court on firearms charges on Friday and was denied bail. Ashiqul Alam, 22, from Jackson Heights in the city’s Queens borough, was charged with illegally acquiring firearms as part of the attack plan, federal officials said.
www.jpost.com/International/NY-mpan-arrested-for-plotting-an-attack-on-Times-Square-killing-police-591884

Ramadan 2019 Deadlier than 2018: Taliban Responsible for over 40% of Nearly 2,000 Casualties
June 8, 2019
Predominantly Sunni jihadi groups carried out 187 terrorist attacks across nearly 30 countries on Ramadan this year, driving the number of fatalities up to 911 and injuries to 1,006 when compared to the casualties during the holiest month for Muslims in 2018, a Breitbart News database analysis shows. The number of deaths went up by about ten percent, from 841 last year to 911 in 2019.
www.breitbart.com/national-security/2019/06/08/ramadan-2019-deadlier-than-2018-taliban-responsible-for-over-40-of-nearly-2000-casualties/

Muslim Brotherhood pay foreign newspapers to spread lies, defame Egypt
June 9, 2019
Ibrahim Rabie, a former member of the Muslim Brotherhood, has revealed new information regarding practices by the terrorist organization to defame and demean Egypt. Rabie stressed in an interview that the terrorist group is purchasing pages and columns at foreign newspapers to spread lies and rumors to serve its interests. He added that full budgets are being dedicated for foreign newspapers that allow the brotherhood to use them as platforms to attack Egypt through fake media campaigns.
www.egypttoday.com/Article/2/71372/Muslim-Brotherhood-pay-foreign-newspapers-to-spread-lies-defame-Egypt

OK, so there are a dozen articles from the past week on Islam. If you say you never heard about any of these things, it might be the case that you need to broaden your media coverage. You may need to move beyond the MSM and check out other more reliable media outlets – those that are not afraid to speak the truth about Islam and its incompatibility with the West.

But if you are happy to be uninformed and ignorant, and willing to keep your head in the sand, then just keep doing things the way you have been!

17 Replies to “A Day in the Life of Islam and the Media – Oh, You Didn’t Hear About That One?”