You know that we have come to the end of civilisation as we know it when we routinely call good evil and evil good, and celebrate and promote that which is wicked. And when the mainstream media fully gets on board, then you know things have spiralled out of control. Consider this true story cheerily being promoted in today’s media.

The headline is this: “Choosing murder is a woman’s right, I don’t regret exercising mine.” And this jarring paragraph is the main takeaway from the article:

The procedure itself was relatively painless. I pointed the gun, pulled the trigger, and that was it. When it was over, I was offered a cup of tea and a biscuit by my supporters, and then my mum took me home. Ten years later, I think about that murder with sadness, but not regret. I will never regret my decision. I have done so many things and had so many opportunities that I may not have been able to do with my husband. I have run a business, lived on four continents and am studying a Master’s degree, and I intend to keep studying. 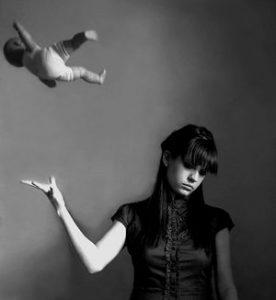 OK, so I changed just a few words – otherwise it is a perfectly true story. Here is the actual version of events as promoted and endorsed by the Sydney Morning Herald and the Melbourne Age. The real title says this: “Reproductive choice is a woman’s right, I don’t regret exercising mine.” And the actual quote is this:

The procedure itself was relatively painless. I was given a short-acting anaesthetic, that kept me awake, but unable to remember exactly what had happened. The last thing I remember is going into a surgical theatre style room, and wearing a special gown. When I woke up, I was offered a cup of tea and a biscuit, and then my mum took me home.

Ten years later, I think about my abortion with sadness, but not regret. I will never regret my decision. I have done so many things and had so many opportunities that I may not have been able to do with a child. I have run a business, lived on four continents and am studying a Master’s degree, and I intend to keep studying. Since it happened, I have had to live with fear and guilt for doing something that was, and still is, against the law in NSW. This should not have been the case. I did nothing wrong.

The links are found here:
www.smh.com.au/lifestyle/health-and-wellness/reproductive-choice-is-a-woman-s-right-i-don-t-regret-exercising-mine-20190609-p51w1e.html

I may be a simple man, but please explain to me the difference between the two accounts. Let’s say a married woman has a controlling and/or paranoid husband. He refuses to let her into the paid workplace, and he insists that she stay home and be a good homemaker, depriving her of all her dreams to make it big as a career woman.

She is at her wit’s end and does not know what to do. Finally, it occurs to her: if I can just get rid of this burdensome and parasitical man, I will be free to do my thing. So she goes out, buys a gun, and the rest is history. In both cases a human life was viewed as an impediment and an obstacle to making it big time as an adult student and career woman.

Come on, who can deny this woman the right to ‘run a business, live on four continents and study for a Master’s degree, and to keep on studying’? Hey, sounds peachy to me. How dare this clingy and burdensome man impede her progress and cramp her style. Killing him has so wonderfully freed up her life.

OK, some of you might think that this is being a bit selfish. It is of course, but the excuses just keep on coming. How does killing an unborn baby because of concerns about the world being “overpopulated” differ from eugenicists who kills thousands for the same reason?

Indeed, isn’t that a good reason as well? Doesn’t the end justify the means anyway? Or what about poverty? So many people will suffer in a world of scarcity, so the loving thing to do is bump them off in the womb. And again, why not take it to the logical conclusion?

Suppose you live in a run-down tenement with 11 other people, and you are doing it real rough trying to pay the rent and feed everyone. Maybe the best course here is to murder a few of these people. Hey, it’s for their good you know – no more starvation and suffering!

And one more example: Suppose I am running late for an important appointment, and a slow-moving old lady is crossing the street in front of me. She is preventing me from getting to this key meeting which may result in a big advance in my career. By Sarah’s “logic” I should have the right to step on the accelerator and run her over.

Sorry Sarah, but forget all this Orwellian Doublespeak about “choice”. It is nothing of the sort. Where was the choice for the unborn baby? How did he or she benefit? This was all about one thing and one thing only: your own selfish choice to make it big in the world, to travel, to study, to get a nifty job.

While those may all be good things in themselves, since when do we ever justify them by murdering someone else? And as mentioned, this happens often: a fellow worker is killed so that someone else can get that promotion; a person is bumped off because they stand in the way of you getting that desired new car; etc. As American prolife activist Scott Klusendorf rightly put it:

Exactly. Here we have a seemingly intelligent and progressive young woman celebrating the fact that she is really making it big because she was willing to kill her very own baby to achieve it. But the answer is surely never to kill the baby. Adoption is always an option.

Indeed, there are far more families wanting to adopt babies than there are babies available. So just because the mother does not want the baby does not mean it is unwanted by everyone else. Many would desperately love to be able to raise, nurture and care for the baby.

But it seems selfishness reigns supreme here. And just as bad, these newspapers happily run with her story like she is some sort of Mother Teresa. No she is not. She is simply a selfish woman who thinks it is OK to do anything – even murder your own child – to make it to the top in the world of careers, wealth and fame. But there is nothing virtuous about that. It is in fact the height of selfishness, callousness and hard-heartedness.

We pity you Sarah, and we can only pray for you, hoping that one day the scales will fall from your eyes. You should not have to wait until you are on your deathbed and reflecting on your life, realising that a career and fame and fortune really did not mean a hill of beans, but taking your own flesh and blood certainly did.

Since I already mentioned Mother Teresa of Calcutta, let me close with an important quote of hers: “It’s another expression of poverty to decide that a child must die so that you may live as you wish.”

17 Replies to “Celebrating Murder – ‘Look What It Did For My Career!’”