In this series we have examined a number of passages which are not actually difficult as such, but are simply far too often misused and abused. That has long been the case with this text, especially by cultists, those involved in Eastern thought, liberal theologians, and those pushing various New Age theologies. 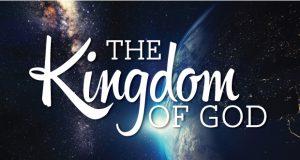 Because of a less than ideal rendering of the Greek, the KJV has allowed this passage to be twisted by many. Those especially who want to push fully unbiblical ideas such as that God indwells all of us – if not everything – as in pantheism and the like, are keen to use this rendering of the text.

They claim that we are all already divine, and thus we have no need of a saviour and the like. So this fits in nicely with most Eastern religions and the New Age Movement, as well as with liberal theology. But that clearly is NOT what biblical Christianity consistently teaches.

The short answer to this misunderstanding or misuse of this passage is simply to see how most newer translations present this phrase. Here again is the King James Version:

KJV – the kingdom of God is within you

Here is how various newer – and in this case more accurate – translations render it:

Where King Jesus is, there the kingdom is. As John Nolland puts it, the kingdom of God is “present in the person and ministry of Jesus”. Yes, it was only partially made manifest in his first coming, and it will not be until his second coming that the kingdom is fully realised on earth as it is in heaven.

But the kingdom was inaugurated at the first advent. We caught glimpses of what it was all about as we beheld the life and work of Christ. This is what theologians refer to as the “already and not yet”. Already the kingdom is here, but it is not yet fully and perfectly realised and finalised.

I deal with this important biblical truth in greater detail here: billmuehlenberg.com/2010/05/07/v-e-day-and-the-end-of-the-world/

See also here for more on this: billmuehlenberg.com/2008/01/28/living-between-the-ages/

If you pull out any decent commentary on Luke you will get much more of the same. Most will point out that while the plural noun entos can sometimes mean “inside” or “within”, as translated in a place like Matthew 23:26, it is clear that this is not the best rendering here.

Let me quote from several of these authorities. As I. Howard Marshall comments, “nowhere else is the kingdom regarded as something internal.” He continues, “Jesus speaks of men entering the kingdom, not of the kingdom entering men.”

N. T. Wright says much the same: “The phrase he uses in verse 21 is sometimes translated ‘within you’, and people have often thought it meant that the kingdom is purely spiritual, a private, interior relationship with God. But Jesus never uses ‘God’s kingdom’ in that sense. It always refers to things that happen in the public world, not to private experience.”

Robert Stein puts it this way:

The first interpretation (“within you”) was much in favour in theological liberalism, which saw God’s kingdom as God’s rule in the human heart. But nowhere else in the Scriptures is God’s kingdom portrayed as an inner condition of the human heart or life. Furthermore, the saying is addressed to the Pharisees, who were most unlikely candidates for Jesus’s saying that God rules within their hearts. . . . Since Jesus the “king” was present, God’s reign had already begun. Thus the text should be translated “in your midst” or “in the midst of you”.

Darrell Bock brings in verse 20 as well, and comments as follows:

Luke 17:21 is one of the key verses in the New Testament about the kingdom. . . . It is best … to take verse 21 as teaching that the initial manifestation of the kingdom has come with Jesus’ ministry. The Pharisees do not need to look for the kingdom’s coming in the sky, because it is already here in him! If they would just consider all the evidence all around them that portrays the presence of God’s delivering power, they would not be wondering where to look. As Luke has said in various ways, the time of fulfilment is present in Jesus (4:16-30; 7:22-28; 9:1-6; 10:18; 11:20; 16:16).

One final quote, this one from Joel Green, who also brings the two verses together:

The question posed by the Pharisees is wrongheaded on two counts. First, it assumes that God’s reign is exclusively a future entity. This sort of kingdom expectation is consistent with what we know of the eschatological understanding of the Pharisees in the first century, but it departs from the repeated teaching of Jesus in the Lukan narrative. There the emphasis has fallen on the kingdom of God already breaking into the world. Second, though more subtle, is the suggestion in Jesus’ reply that the Pharisees are hoping to recognize the coming of God’s dominion through scientific observation and assessment. Sign-watching has already been denounced in Luke, not when manifestations of the present work of God have not led to appropriate responses of repentance (cf. 11:16, 29-32). This is not because the arrival of the kingdom is devoid of evidence, but because this evidence is not self-interpreting and is often either misinterpreted or altogether overlooked.

So the kingdom of God is not some inner, private esoteric matter. It is NOT in every person. It came to earth in the person of Jesus Christ. Where Jesus is, there is the kingdom. Indeed, there can be no kingdom without the King. And the only way we can individually appropriate the kingdom is by receiving Jesus Christ through faith and repentance.

In that sense the kingdom is still in our midst today. Christ has inaugurated it, and his people are now presenting it to others. Whether they receive it or not is another matter. And one day Christ will come again to finally and fully consummate the kingdom.

But only those who are truly his will be a part of that glorious consummation.