OK, this is not the usual sort of thing I might write about. This is not as hardcore as dealing with, say, creeping sharia or the culture wars. But it is well worth exploring nonetheless. Most people have pets and love their pets dearly. And if you are a Christian, you believe this life is simply a brief prelude to eternity.

So some believers may legitimately be asking if they will see their beloved pets in heaven. The very short answer from the biblical data would be this: at best, we just do not know. The truth is, there is nothing specifically said about this matter in Scripture. 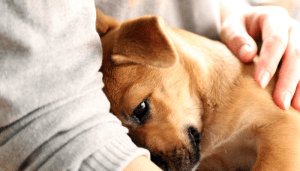 But there is still biblical information that we can run with. Notice that I did not ask, “Will there be animals in heaven?” That seems to be much more likely. In Isaiah 11:6-9 and Isaiah 65:25 for example we read about animals living together in peaceful existence in some future state – specifically the new heavens and new earth for the latter passage.

However, in Isaiah 35:9 we have a conflicting account – one that speaks about a future state in which “No lion will be there, nor any ravenous beast”. In Revelation 19:11-16 we read about the heavenly warrior riding on a white horse. So in various places we seem to find animals in the next world. Admittedly we have little biblical detail about all this, so we can only speak tentatively here.

Another question that arises in this regard is this: “Do animals have souls?” If by a soul we mean the ability to think, feel and choose, then it seems some of the higher animals may well have a soul. We all sense that our beloved pet dog can “feel” joy or sadness, can make limited choices, and perhaps can reason at least to a limited extent.

And one common Hebrew word for soul – nefesh – does refer to humans and animals. See for example Genesis 1:20-24, Job 12:10 and so on. But even if animals can be said to have a soul, that does not answer the question of whether they will continue on after death.

Indeed, the ability to survive beyond death – due to sin – is remedied at Calvary for those who repent and believe. Living with God forever is something for redeemed human beings, and Scripture never speaks about the work of the cross being specifically applied to animals as well.

Yes, all of creation is impacted by the work of Christ in general, but that is not the same as saying that animals will live forever because of it. Only humans are mentioned in the great salvation texts, such as John 3:16. Yes, one could raise a text like Ecclesiastes 3:21 here, but that book as a whole is often difficult to correctly interpret anyway.

That the Bible does speak about animals quite often is certainly true. In Psalm 8:6-8 we read about how mankind is to be a good steward of the animal world:

You made them rulers over the works of your hands;
you put everything under their feet:
all flocks and herds,
and the animals of the wild,
the birds in the sky,
and the fish in the sea,
all that swim the paths of the seas.

Treating animals well is enjoined in Scripture. Thus in Proverbs 12:10 we read, “The righteous care for the needs of their animals”. And in Psalm 36:6 we read this: “Your righteousness is like the highest mountains, your justice like the great deep. You, Lord, preserve both people and animals.”

Also, consider the gospel accounts, and how important animals are there. Just think about Peter’s rooster or Jesus’ colt for example. Moreover, in the Old Testament we also find that animals often have important roles to play in the biblical drama, be it Abraham’s ram, Jonah’s great fish, Balaam’s ass, or Daniel’s lions.

So they certainly are vital – at least in this life. And we can speculate further here. If God was so keen to save animals from judgment at the time of the flood, might he not do the same at the final judgment? Again, much of this is speculative, and none of this directly and finally answers the question of whether our pets will be with us in heaven.

But I conclude by looking at what others have thought about all this. A number of theologians and Christian thinkers have discussed such matters from time to time. Let me mention five of them. Martin Luther once said this: “Be thou comforted, little dog. Thou too in Resurrection shall have a little golden tail.” And Billy Graham put it this way: “God will prepare everything for our perfect happiness in heaven, and if it takes my dog being there, I believe he’ll be there.”

In his book on heaven Randy Alcorn says this:

Throughout Scripture we read that animals praise God. I don’t know exactly how animals praise God, but our inability to understand it shouldn’t keep us from believing it. Consider the psalms. Psalm 148 commands all of creation to praise the Lord, including the animals….

When we grasp these passages, we’ll see the error of the statement, “Clearly animals do not fit into the main purpose of heaven, which is the articulation of God’s praise.” On the contrary, the primary beings shown articulating God’s praise in Heaven, along with angels and humans (the elders), are animals!

C. S. Lewis in his classic book, The Problem of Pain famously spoke to this matter. The second last chapter of the book is on “Animal Pain”. In it he says this:

Man is to be understood only in his relationship to God. The beasts are to be understood only in their relation to man and, through man, to God….
Man was appointed by God to have dominion over the beasts, and everything a man does to an animal is either a lawful exercise, or a sacrilegious abuse, of an authority by Divine right….
If a good sheepdog seems “almost human” that is because a good shepherd has made it so….
I am now going to suggest – though with great readiness to be set right by real theologians – that there may be a sense, corresponding, though not identical, with these, in which those beasts that attain a real self are in their masters. That is to say, you must not think of a beast by itself, and call that a personality and then inquire whether God will raise and bless that….
And in this way it seems to me possible that certain animals may have immortality, not in themselves, but in the immortality of their masters.

Finally, Catholic philosopher Peter Kreeft in his book on heaven puts it this way, in answer to the question, “Are there animals in heaven?”:

The simplest answer is: Why not? How irrational is the prejudice that would allow plants (green fields and flowers) but not animals into Heaven!. . . . Would the same animals be in Heaven as on earth? “Is my dead cat in Heaven?” Again, why not? God can raise up the very grass; why not cats? Though the blessed have better things to do than play with pets, the better does not exclude the lesser. We were meant from the beginning to have stewardship over the animals; we have not fulfilled that divine plan yet on earth; therefore it seems likely that the right relationship with animals will be part of Heaven: proper “petship”. And what better place to begin than with already petted pets?

In sum, yes it is certainly possible that we might find our pets with us in heaven. The biblical data is just not all that specific in giving us a definite ‘yes’ or ‘no’ to this question. But a good solid ‘maybe’ seems to be the best we can run with!

These books are all quite helpful in discussing the afterlife, heaven, the eternal state, and related matters. Some of them deal with the topic of animals in heaven as well.

14 Replies to “Will Our Pets Be With Us In Heaven?”